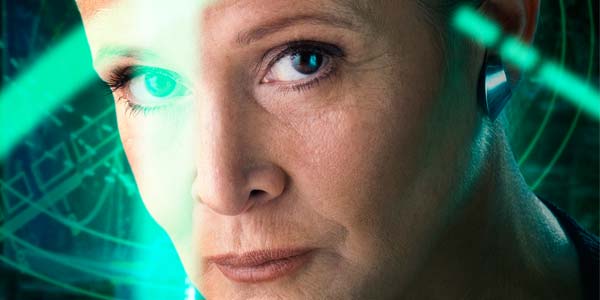 Compared to the massive hype and overall excitement around the film, the marketing campaign for Star Wars: The Force Awakens has been relatively withholding, in terms of both what it tells us about the story, and in terms of what we usually see advertising a blockbuster of this magnitude.  Most of the promotion thus far has been steeped in nostalgia, a (quite successful) attempt to convince existent fans that Episode VII will NOT be the Prequels redux, instead promising that this movie will harken back to the style and spirit of the Original Trilogy.  No matter how the film itself turns out, the marketing campaign has been quite faithful to the old school look and feel.

Which leads me to the new set of character one sheets released today by Disney, five portrait posters featuring some of our new and old cast members, each face slightly obscured by their signature weapon.  We’ve never seen this type of poster for a Star Wars movie before, and in fact these images are the first semblance of marketing that feels intentionally not authentic to the wave of nostalgia created thus far.

I mean that in the best way possible.

Sure, the retro train has been a fun ride, but its job is done.  As many of we thirtysomething geeks as can be swayed to putting our once-spurned trust back in this franchise, have been swayed– the first-day ticket sales proved that.  Now, Lucasfilm is trying to reach a different audience, a new generation of Star Wars fans (Devin Faraci of Birth.Movies.Death explored this concept in great detail… read his thoughts here).  So they’re beginning to employ some of the tropes of modern film marketing for this last leg of the pre-release campaign.

These posters, in particular, do a good job of dialing back those modern tropes.  Sure, we get the big floating heads omnipresent in theater lobbies for the past half decade, but they’re devoid of Photoshopped flames and debris in the background, and the vertical weapon overlays actually seem like a neat fashion statement, tying these posters together in a visually satisfying way.

I doubt we’ll see another cinematic trailer for The Force Awakens, but I’d venture a guess that this trend of more modern marketing will continue from now until December 18th.  Lucasfilm and Disney are smart enough to know they’ve already got me hooked, so they’re not going to be giving me as much love right now… it’s all about finding a younger audience, a “new hope” if you will.  And the best way to do that is to speak the language that audience is used to.  Thankfully, at least as far as these posters are concerned, they’ve kept their sense of style at the same time.  I’m pretty okay with them. 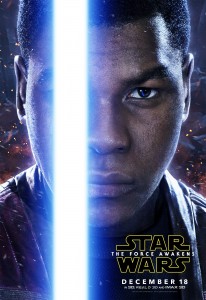 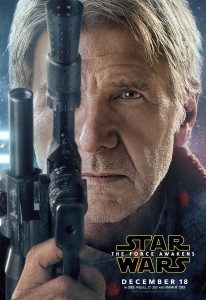 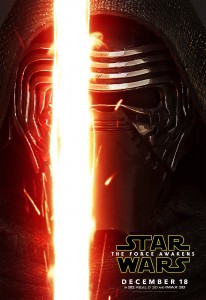 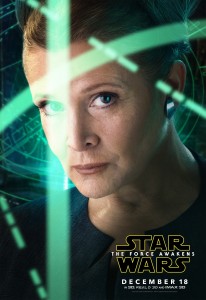 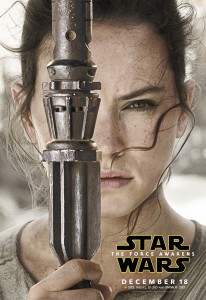