Star Wars: The Force Awakens Characters Get Some Names! 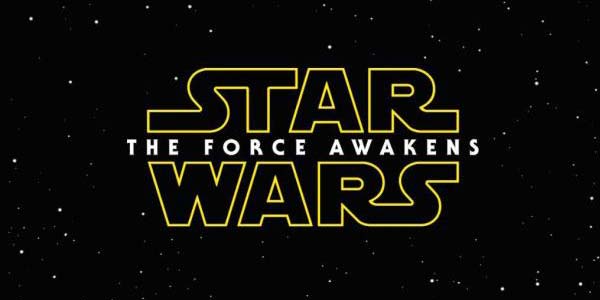 Let’s play the “Name Game” with JJ Abrams and EW!

I’ve never been too keen on the whole Mystery Box approach to filmmaking/ marketing, which JJ Abrams seems obsessively tied to.  It’s one of my biggest turn-offs in regards to this creator with an otherwise fairly solid track record.  But I’ll admit there are certainly times when the Mystery Box is opened in such a tantalizing way as to genuinely leave me stoked.

This is what happened two weeks ago, with the release of the first trailer for Star Wars: The Force Awakens.  We caught glimpses of our awesome– yet unnamed– new cast… and now we know the names of these new players in the galaxy far, far away.

EW got to run the exclusive reveal, and it was done in a legitimately awesome way– with the new characters being featured, and named, on old school Topps style trading cards!  So thanks to this neat gimmick, I am now left with A) a craving for rock-hard, razor sharp gum that tastes like cardboard, and B) the knowledge that The Force Awakens will have these characters in it:

I honestly cannot think of a more fun way for these characters to be revealed… I mean, unless Hasbro designed some sweet, vintage style action figures for EW’s stunt instead.  And yes, there’s still probably some withholding going on here… Finn and Rey do not get surnames, meaning those are either still a mystery, or these characters come from worlds without surnames.  But hey– what we know now is more than what we knew this morning, and now we have some sweet 70s style trading cards to show for it!

Check out the fake cards below: 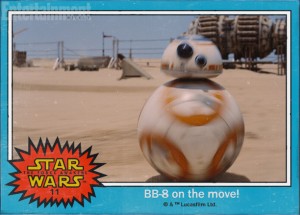 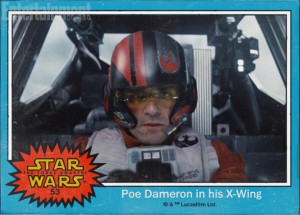 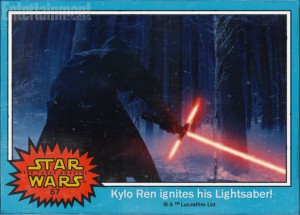 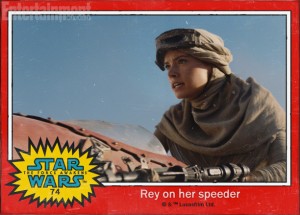 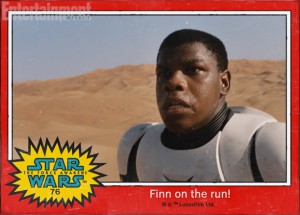 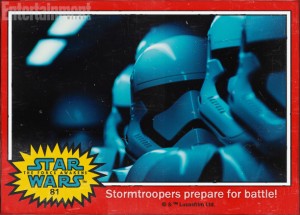 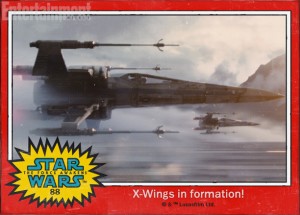 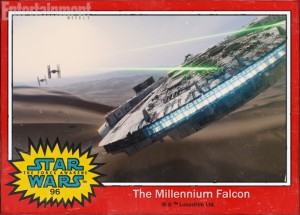 Supposedly, there might be some hidden meaning or message in the numbering and order of the cards, too… Feel free to postulate about that in the comments, or investigate further at EW.