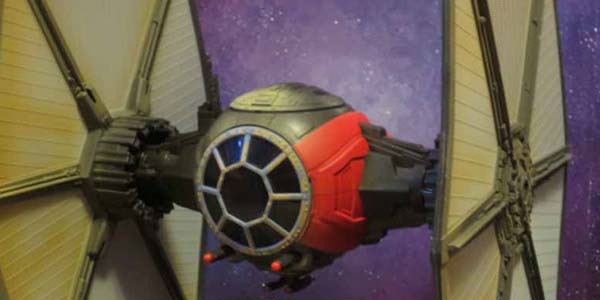 Is it a vehicle variant?  A playset from the crash landing on Jakku?  You decide!

Much like the Resistance edition X-Wing, Hasbro has teamed up with another retailer– in this case Toys R Us– to release an exclusive variant edition of the Tie Fighter from their Force Awakens collection.  While the Wal-Mart exclusive X-Wing sported a whole new paint job, the TRU Tie Fighter, part of their Epic Battles banner of exclusive Star Wars items, includes a scene-specific tweak on the deco of the vehicle from the main toy line.

The Desert Damage Tie Fighter features a sand-blasted finish, with a sprayed on extra coat of paint to replicate sand covering the wings and chassis of the star fighter.  Beneath this sandy exterior, the Tie’s colors match the mass release vehicle, with a dark and light grey pallet accented by the red band on the left of the cockpit window.  This means that, while the TRU exclusive looks unique in a fleet of ships, it is still uniform enough to fit in with the rest of the First Order’s army.

One of my favorite things about this variant is that, thanks to the pop-off wing action feature, the dusty ship can double as something of a playset, the particular fighter that Finn seemingly crash lands on Jakku in The Force Awakens.  I like the versatility of this seemingly scene-specific release to work as both a vehicle and playset; it’s very clever on the part of Hasbro’s design team.

The other big appeal of this exclusive is the pilot, a recast of the Tie pilot with removable helmet we saw with the core release Tie Fighter.  Not only is this figure a huge improvement over the small-headed single carded pilot, but the TRU edition features a unique red piping deco, which signifies this guy as a Tie Pilot Officer.  It’s another smart, subtle way in which Hasbro has introduced a new tier to the ranking of their wide range of First Order soldiers, and helps to make this alternate version of the vehicle feel that much more integral to a collection.

While it lacks the troop-building appeal of the Resistance X-Wing, the Desert Damage Tie Fighter remains a smart variant, one that strikes the perfect balance between individualized value and military-appropriate uniformity.  The Tie Fighter is available now at Toys R Us stores and at ToysRUs.com.  For its uses as another fighter in the fleet, a character-specific playset, and the exclusive pilot figure, it’s an exclusive well worth checking out. 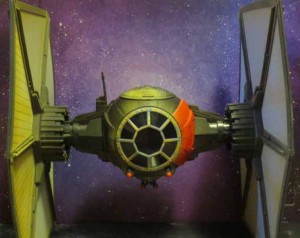 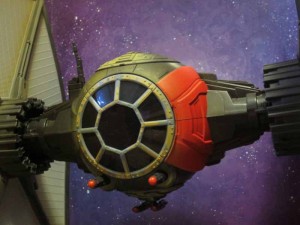 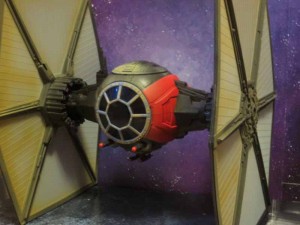 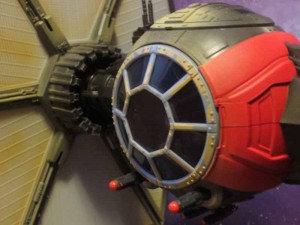 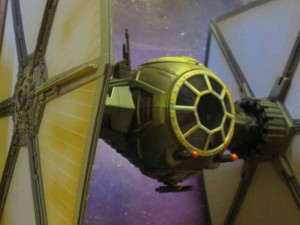 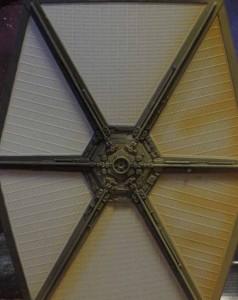 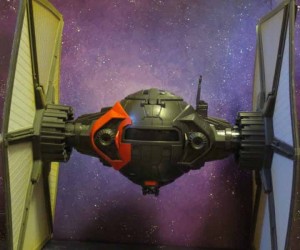 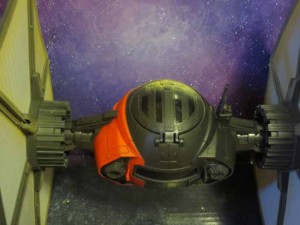 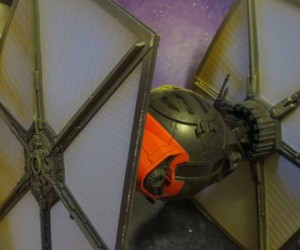 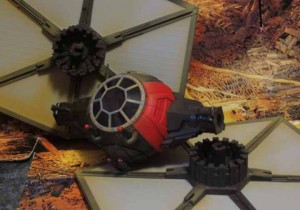 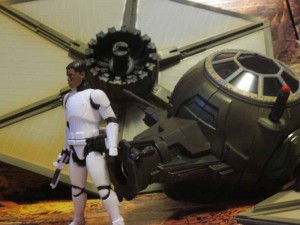 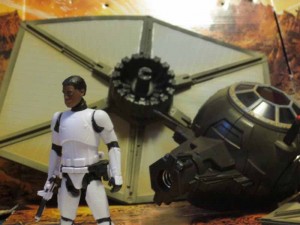 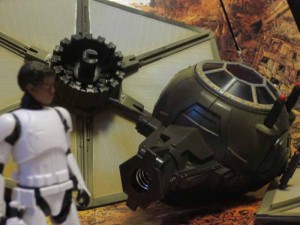 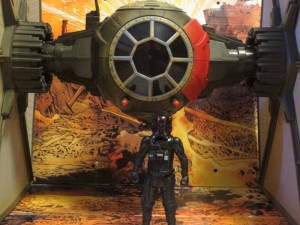 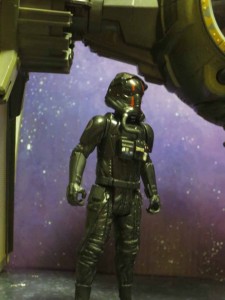 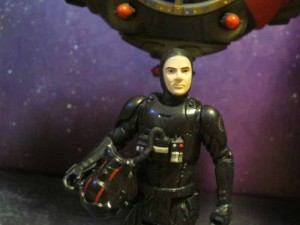 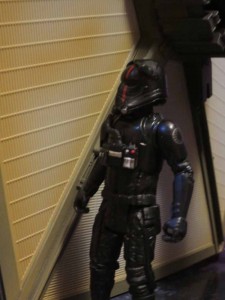 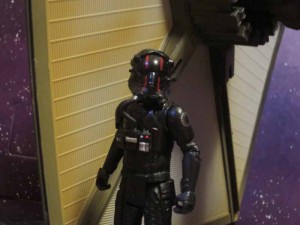 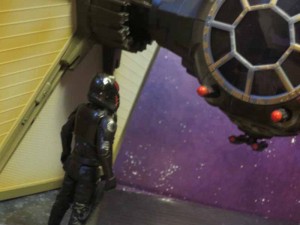 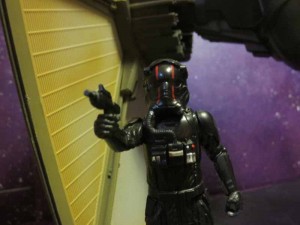