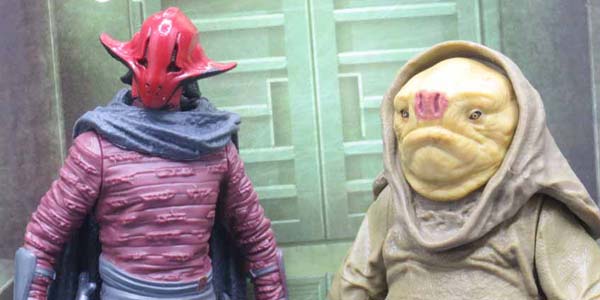 I love how deep Hasbro was able to reach in their Force Awakens 3.75″ toy line.  In addition to the single carded figures and vehicles with drivers, Hasbro has also released an entirely unique lineup of figures as double packs, and the latest pair of sets help expand virtually every corner of the Force Awakens collection.

The first pack pits Resistance pilot Snap Wexley (Matt Parkman!) against a Snowtrooper Officer, complete with black shoulder paldron.  Aside from his ranking armor, the Trooper is identical as the previous releases, but this small tweak was a brilliant way to give him appeal beyond just being an army builder.  I’m very happy to have snap, as I love the new X-Wing pilot uniforms, and it’s awesome that Hasbro’s design team opted to sculpt a third, unique pilot body, to capture Greg Grunberg’s husky build.  Snap is a great figure, which is why it hurts even worse that he’s practically derailed by the flat yellow “banana visor” on his helmet, which looks cheap and out of place on what is otherwise a very nice, detailed toy.  Of all the Star Wars news at Toy Fair, the fact that they are going to start moving away from this awful design choice was probably the most reassuring… I can’t say I’ll miss these lousy visors at all.

Our second two-pack includes Sidon Ithano, the Crimson Corsair, and his first mate Quiggold.  These two are the space pirates hanging out in Maz Kanata’s cantina, with whom Finn tries to hitch a ride before his fateful change of heart.  So we’ve got a pair of aliens who were involved in a pretty crucial scene of the film, despite their limited screen time… and they look awesome.  The Crimson Corsair is so Star Wars-y it hurts; his heavy cape, mix of armor and shabby clothing, and that bright red Kaleesh helmet allow him to hit that perfect mix of dashing and bizarre which is showcased in all the best Star Wars character designs.

Quiggold features a unique yet equally fun design. His amphibious face is packed with personality, and I love the odd proportions of his huge head, hunched shoulders and roughly human-sized limbs.  And what’s a pirate without a peg leg?  Quiggold features a wonderfully low-tech looking fake left leg which not only adds a flair of lived in authenticity to this character, but which surprisingly does not prohibit his ability to stand at all.

There have been some really fun releases in Hasbro’s latest 3.75″ Star Wars collection, and the latest two packs deliver some of the highlights from under The Force Awakens’ umbrella.  Even if you’re not into the simple, five points of articulation of these figures, I can’t recommend enough adding Ithano and Quiggold to your collection.  These guys are super fun, wonderfully sculpted, and everything about them simply screams STAR WARS, in the best way possible. 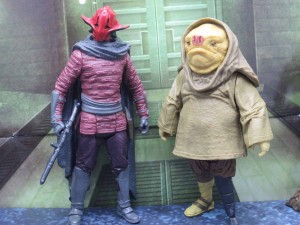 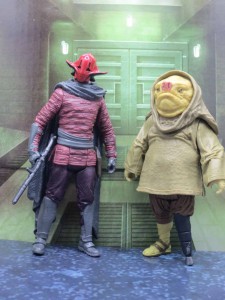 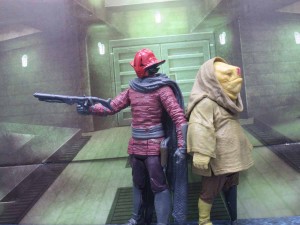 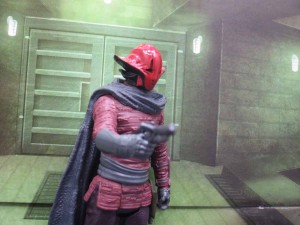 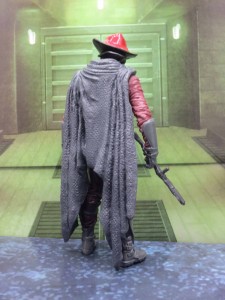 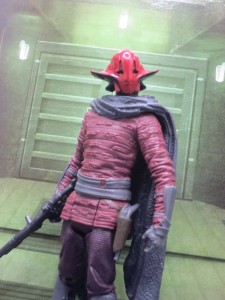 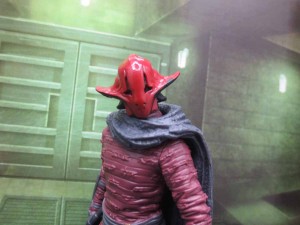 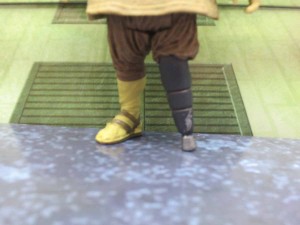 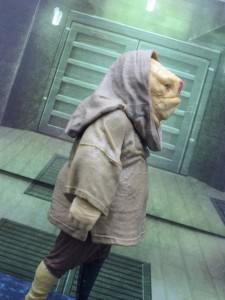 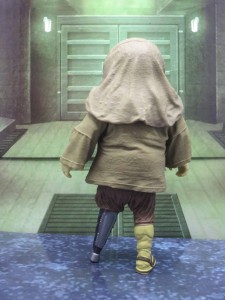 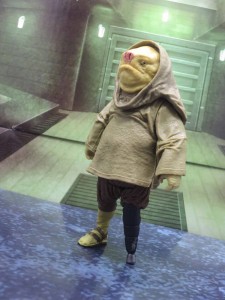 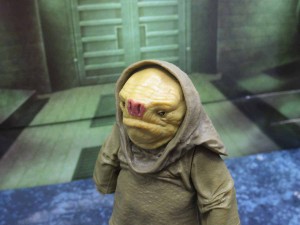 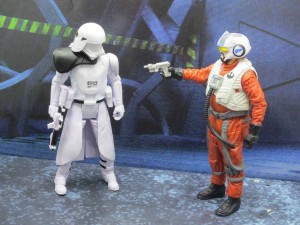 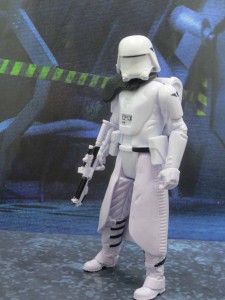 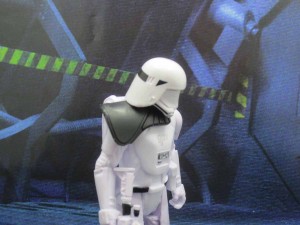 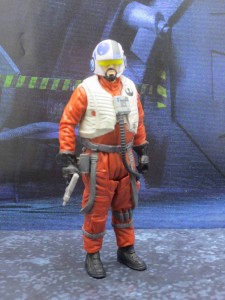 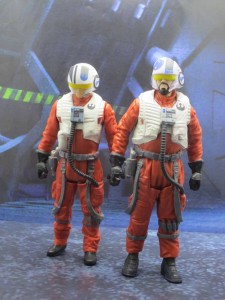 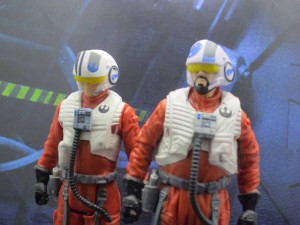 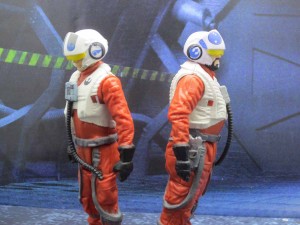 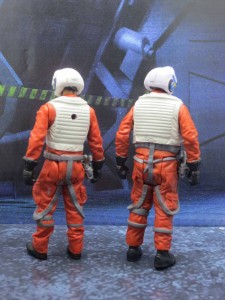 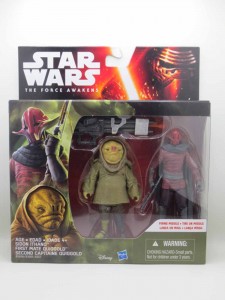 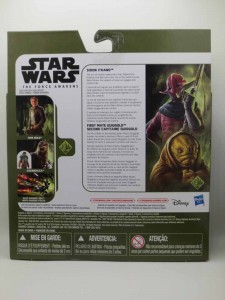 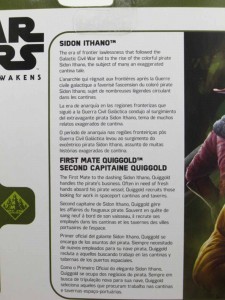 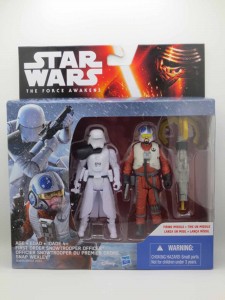 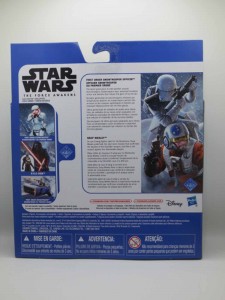 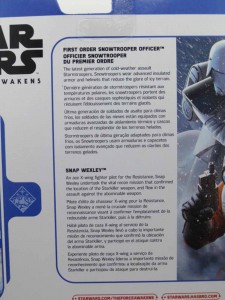