And I Still Haven’t Seen Star Wars: The Force Awakens Yet 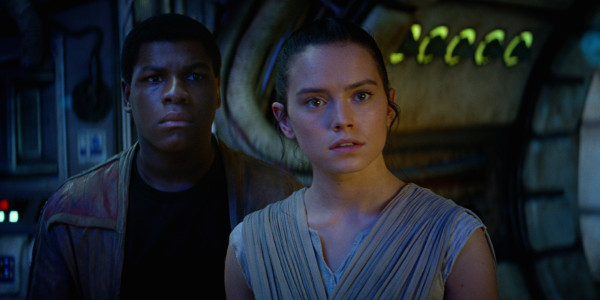 Yeah, I know! Even I can’t believe I haven’t seen it yet!

Star Wars: The Force Awakens “officially” opened on December 18th, and I still haven’t seen it!  This isn’t some big statement against the film, though.
I grew up on Star Wars. I still remember my dad taking me to see it. Telling me it was some type of movie with robots in it or something. Personally, I was transformed when I saw it on the big screen. I was the first out of all my friends who saw it if you can believe that. I bought all the toys and dressed up like Luke Skywalker for Halloween.
Star Wars also left a lasting impression with me when it came to film. Watching all the behind scene specials, I end up thinking: “That’s what I want to do when I grow up!”
But as I got older, my geekiness ended up leaning more towards superhero comics and less toward Star Wars. The original Star Wars trilogy still has a special place in my heart. And when George Lucas’ changed the famous Han Solo/Greedo shootout (if you want to call it that), I cursed George’s name for ruining what I grew up with. And don’t even get started on the prequel films.
But as usual, I digress.
When I heard Disney was making a new Star Wars film, I was curious. When I heard J.J. Abrams was directing it, I thought it was a great choice! I know I’m part of the minority here, but I loved his version of Star Trek. Then again, I was never a huge fan of the original show.
The teaser trailer hit. I was hooked. And then the full trailer….Man!  I had to see it! But,  in the end, I still didn’t get around to it. So the big question is why?
Well, I have three reasons why haven’t seen the film:

So, as you can see, the only real reason I haven’t seen Star Wars: The Force Awakens is…life. Life just got in the way.

Am I bummed I’m not seeing it? Honestly, no. Again, nothing against the film, but I already know everything about it. I’m the type of person that doesn’t mind spoilers because it’s still new to me when I see it with my eyes. Besides, I already read the entire rundown on The Movie Spoiler website.

So, don’t you worry about me. I’ll catch it when it comes home on Blu-Ray.