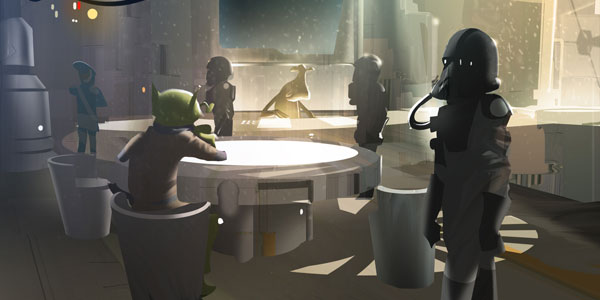 Get a quick look at finished animation from the new Star Wars series.

A clip of Star Wars Rebels made its debut at Wonder Con last weekend, and now it’s online.  While JJ Abrams’ Episode VII remains mired in the typical JJ Abrams mystery box, it’s nice to see at least one corner of the Star Wars universe being a little more forthcoming.

The clip spotlights Hera, a new pilot character, and while we don;t get much in the way of plot or story, it seems like a good representation of the style of the show, which seems really similar to Clone Wars to me.  Still, setting this new story between Episodes III and IV sets up a much more interesting time frame than the Clone Wars turned out to be, so I’m kind of looking forward to checking this out.

What do you think?  Does this pique your interest?