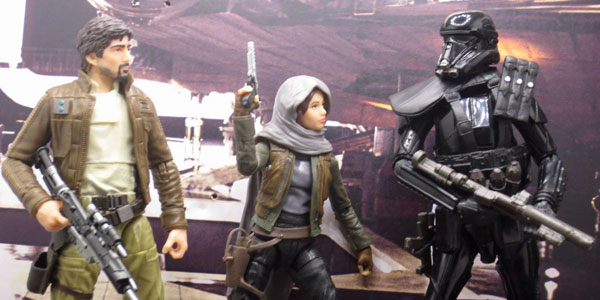 The first wave of Rogue One themed Black Series figures has hit en masse at most retailers, and now as we wait for the second wave to hit, Hasbro has kept the hunt alive with the release of several store exclusives available now.

One of the best exclusives, in my opinion, is Target’s offering, a three pack box set containing Jyn Erso, an all new Cassian Andor in his Rebel fatigues, and a new Deathtrooper variant, who adds a paldron and tactical webgear on top of his jet black armor. So we get one completely original figure, one well done variant, whose new accessories justify his purchase, and a repack of the first Jyn, which I can’t even really complain about, because it adds another entry point for a major female character in this still male-dominated property. 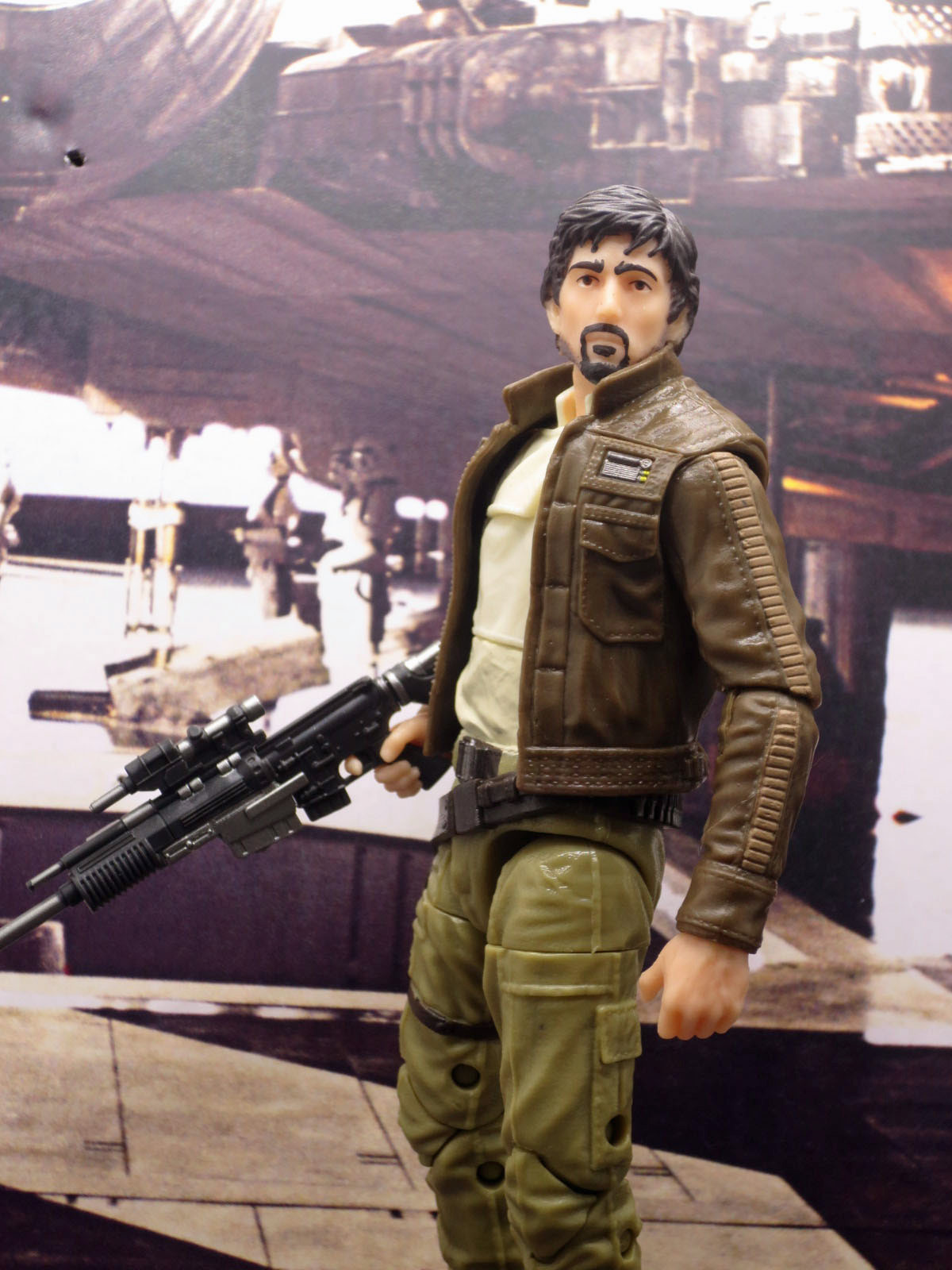 Jyn is identical to her Comic-Con and retail releases (you can read our review of that figure here), but the Target’s set’s Cassian Andor is not only new, but quite fantastic.  The portrait of Diego Luna is solid, and the greyish paint apps on his cheeks are one of Hasbro’s better attempts at a realistic five o’clock shadow.  But it’s the figure’s outfit that really sells this toy.  Cassian’s outfit is pretty much Rebel Alliance standard issue, with a tunic-style shirt, brown jacket, and cargo pants… so while he may not be the flashiest figure, he fits in perfectly with any Rebel diorama, regardless of era in the Star Wars continuity.

Cassian is well articulated, sports a functional leg holster, and comes packed with one of the cooler Star Wars guns I’ve seen in a while. The blaster is actually only the center piece of a modular rifle, which includes a removable muzzle on the front and stock on the back.  He holds the piece very well in one or both hands, and the modular design of the weapon makes it lots of fun to play around with.

The final figure in this set is a new version of the Deathtrooper, wearing the harness rig seen on some of these mysterious soldiers in the Rogue One trailers.  Beneath the webgear, this Deathtrooper is exactly the same as the single pack release, which isn’t really a bad thing because A) we’re dealing with a troop builder here, and B) the Deathtrooper is a fantastic figure. 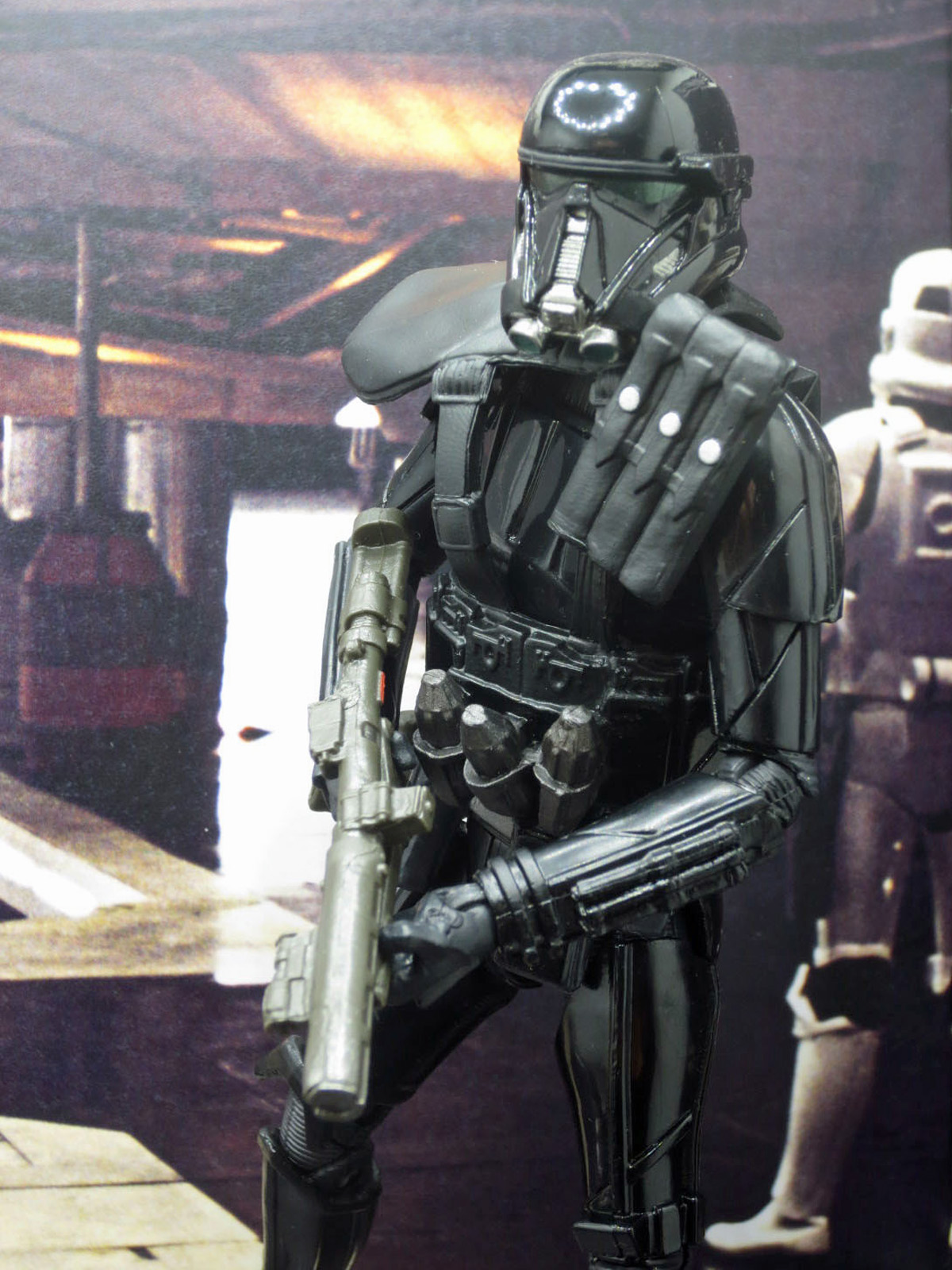 Looking specifically at the new harness, it’s a well crafted piece, a solid piece rubber layover which fits the figure’s gaunt proportions well, while not inhibiting movement.  There’s lots of cool little details here, from the expectedly all-black shoulder paldron, to the magazines and grenades (?) which adorn the harness.  Considering this is only one extra piece, it’s striking how effectively this gear changes the figure’s look.

Target’s Rogue One Black Series three pack is hitting stores now.  It runs about $60– what you’d expect for three Black Series figures– and it’s listed under the DCPI 087-06-5491.  Even if you already bought Jyn, the Cassian and new Deathtrooper are so good, they justify this purchase on their own. 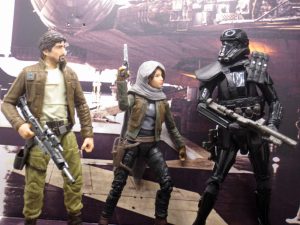 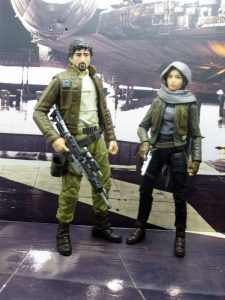 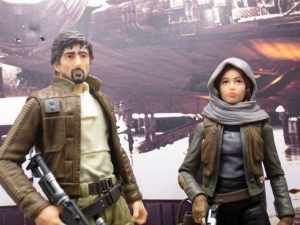 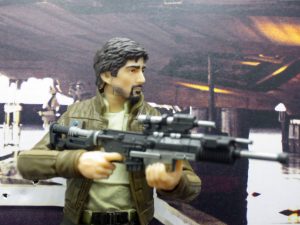 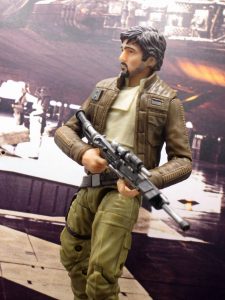 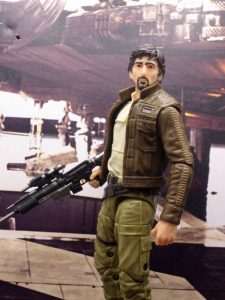 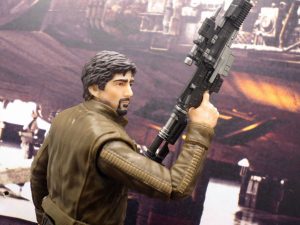 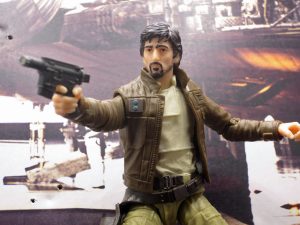 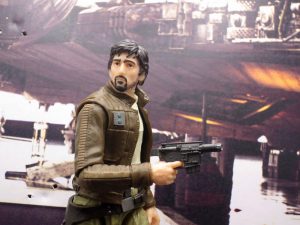 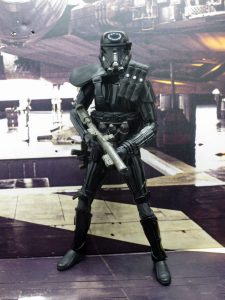 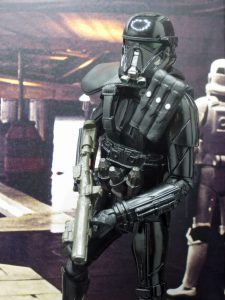 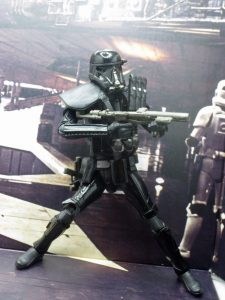 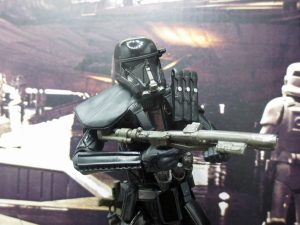 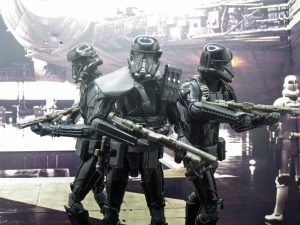 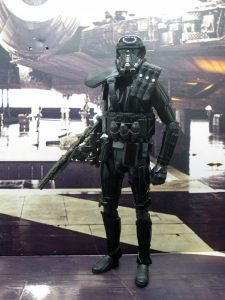 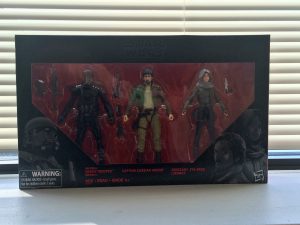 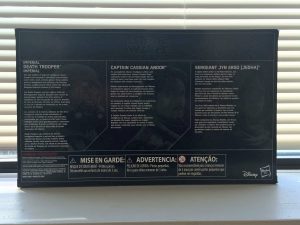