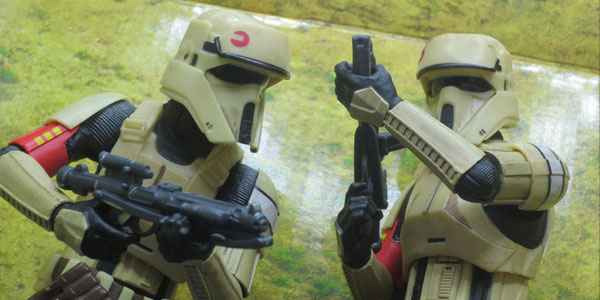 Based on everything we’ve seen thus far, it seems like the vast majority of bad guys in Rogue One will be the various Stormtroopers commanded by the Empire. This makes sense, since it seems like the film will follow the “men on a mission”/ “behind enemy lines” war story format, and it’s given the team at Hasbro an opportunity to dive deep into entirely new variants of the classic Stormtrooper.  In addition to the mysterious Deathtroopers, the Rogue One Black Series has released three new Troopers, all of which feature a previously unseen lightweight armor design.

I love these new armor designs, which look totally unique, yet perfectly in line with everything we’ve seen from classic Star Wars Imperial aesthetic.  And Hasbro’s action figures have been outstanding– the Toys R Us exclusive Hovertank Pilot is great, and so if the Clone Wars-inspired Scarif Commander… but now his squad of Scarif Shoretroopers has been released, as well, only at Wal-Mart.

The concept Hasbro operated with for their store exclusive troop builders is actually a brilliant one.  In addition to the core Black Series, multiple retailers are now also getting solid cases of these soldiers, which means they’re available in big enough volumes when they hit that you can make an instant army, or pick up a couple and ensure there’s enough left over for the next collector, too.  I wasn’t sure if this idea would work in practice, but it seems to have, for the most part… while it took a while for TRU stores to replenish their stock of Hovertank Pilots, once they did he’s been easy to find.  I’m hoping the same holds true for the brand new Scarif Trooper.  When I found mine, it was at a not particularly big or high traffic Wal-Mart, but they still received SIX cases of these guys.  That’s 36 Troopers in just one perfectly average store.  If the rest of the Wal-Marts nationwide receive a similar volume, I don’t think many of us will find it difficult to amass as many of these Troopers as we want.

I’ve held off this far on really addressing the Shoretrooper himself, but it’s not for lack of quality, so much as it is lots of this figure reuses previous tooling– he shares a helmet with the Commander, and the majority of his body is the same sculpt as the Hovertank Pilot— but this soldier does get a unique belt/ skirt overlay piece, and a unique, very nicely applied paint job.  The Shoretrooper features the same off-white armor as his Commander, and some subtle weathering and sand-blasting paint apps that up the realism of this design.

I know army building isn’t for everyone (especially considering the larger size and bigger price tag of the Black Series), but it’s always been a core appeal of Star Wars for me.  So I’m a pretty easy mark when it comes to Stormtrooper army builders.  That Hasbro has made some of their best designed and most well painted Black Series figures ever out of these troops only makes them all the more worth your while to track down. 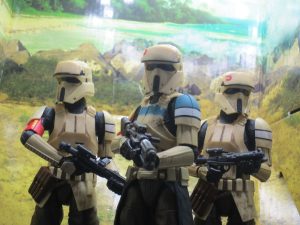 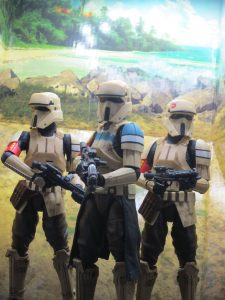 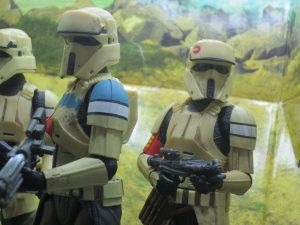 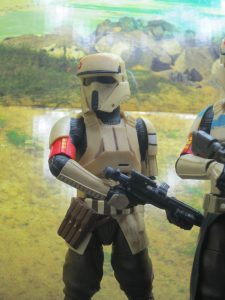 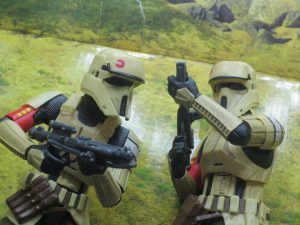 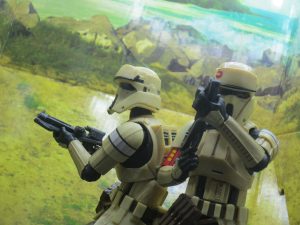 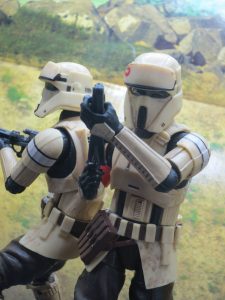 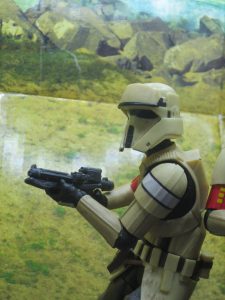 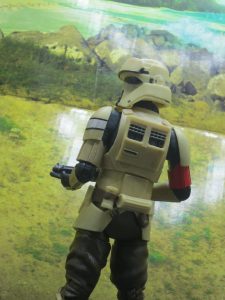 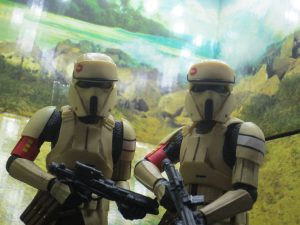 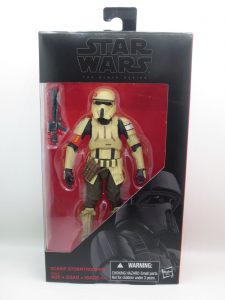 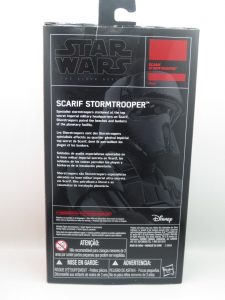 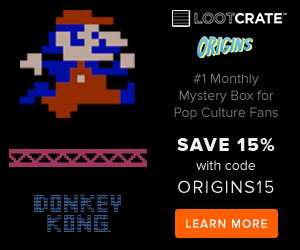