The Star Wars Spin-Off Is Called Rogue One 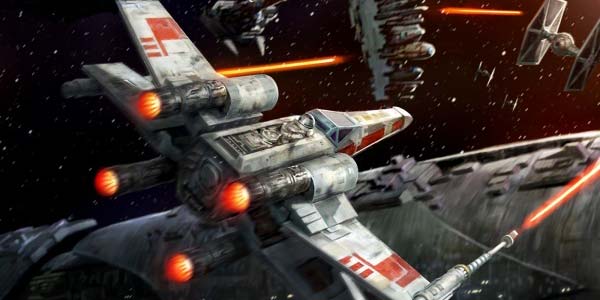 The first non-episodic Star Wars movie gets a title that should intrigue Expanded Universe fans.

There have been rumblings about the story that would be told in the first Star wars spin-off movie– that it would allegedly follow a “Dirty Dozen” team of bounty hunters as they attempt to steal the plans for the Death Star– but now we know the movie’s title, and it suggests something entirely different.  The movie, directed by Gareth Edwards and starring Felicity Jones, is called Rogue One.

EU fans will instantly recognize this as one of two call signs of Rogue Squadron, the X-Wing team usually lead by Luke Skywalker’s buddy Wedge Antilles.  Using such an iconic name for the movie tells me one of two things– either Disney and Lucasfilm will be pulling individual concepts out of the trash can into which they dumped the Expanded Universe as they see fit (not a bad idea, in my honest opinion)… OR they are reclaiming the word “Rogue” as if to emphasize that the EU is, indeed, dead and gone.  That would be a total dick move at this point, so I tend to think that’s not the case.

My best (completely uneducated) guess?  Rogue One WILL be an X-Wing movie, a World War II style “men on a mission” story.  Except at least one of those “men” (maybe even the main one?) will be a woman, played by Jones.  Honestly, that core concept sounds pretty freaking rad to me.  It’s pulpy and straightforward and completely in line with George Lucas’ original (good) vision for what Star Wars is… an ode to serials and WWII films.