Why MOTU Flutterina is Important 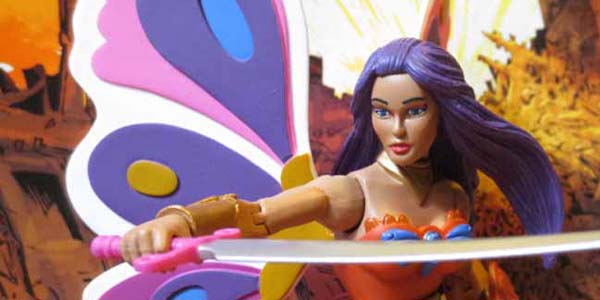 Flutterina is the latest female figure in Mattel’s increasingly diverse MOTU Classics… Who knew a toy line starring a laser-shooting barbarian would become so gender equitable?

I’m perpetually torn in my opinion of the Princess of Power subset, which has been a part of Mattel’s Masters of the Universe Classics since the early days.  On the one hand, I get that She-Ra and her allies and enemies are an important corner of the MOTU mythos, but none of these particular characters have ever impressed me– She-Ra and her pals are pretty damn boring, by and large.

With that in mind, I always struggle with whether to even open up my PoP figures when they arrive; I wonder if I should just dump these (even by MOTU standards) pretty lame characters, which I only agreed to purchase since they are part of the Club Eternia subscription.  And yet, every time I finally opt to open them up and add another heroine to my collection.  Because as dull or boring as some of these characters can be in both concept and plastic, I still love to see this degree of female representation in an action figure line.  For better or worse, I love that Mattel has gone this deep with the Princess of Power sub set, really bridging the gender gap that has always been part of He-Man’s universe until now.  And even Mattel’s annoying subscription model helps the cause of fair representation, since any sub holder can be counted as a figure sale, whether they want it or not.

Gender representation is a lofty and difficult goal to achieve, especially in geek circles.  Sure, socially challenged, insecure nerds are part of the problem, but the biggest issue is the myth that toys and movies and TV shows need to have gender barriers.  It’s a lie, obviously, and more and more people have been becoming aware of this fallacy.  But some folks are stuck in that old, untrue mindset… chief among them toy buyers for major, mover-and-shaker type retailers.  They somehow still believe in lies proven wrong decades ago– stuff like “kids just want the hero, not the bad guy” and “girl action figures don’t sell.”

The poorly informed, backward thinking of this cabal of toy buyers for stores like Wal-Mart and Target is a cancer on the toy industry, and pop culture in general.  It is their fault we had to hustle just to find Marvel Legends’ Black Widow.  It’s their fault we had to launch a #WheresGamora campaign online.  And it’s their fault we haven’t seen a female fronted super hero movie.  For a Wonder Woman or Ms. Marvel movie to be truly viable as a mainstream release, it would need a media campaign, with toys and merchandise and all the good stuff we see with every comic book movie.  But if retail buyers refuse to support merchandising for a movie because of the gender of its star, it is hard for that movie to become a reality.  Yes, these movies have a huge box office return, but no matter how big ticket sales are, the real money is in merch.  So you can’t have Wonder Woman in even a very popular major motion picture if Wal-Mart and Target refuse to sell Wonder Woman swag at their stores.

Sorry, I got a little off track there… let’s get back to Mattel and Princess of Power–

I have no idea if Mattel is actually documenting the amount of and success of female figures in their MOTU Classics line, but I really hope they are.  I hope all the major toy makers are compiling case studies to prove to buyers that yes, indeed, female figures can be just as popular as male ones, and that gender does not have to be confined in such tight parameters anymore.

That’s my wish, and if Flutterina, the latest Princess of Power figures, can help that cause, then great.  Which would be a good thing for us, and for her, too… because on her own, she’s kind of boring.  I’m sure PoP fans will be happy to get another core hero, but the singlet skirt, shield and sword are starting to get long in the tooth for a casual fan like me.

At least she’s got some cool wings, so there’s that. 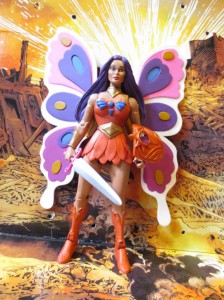 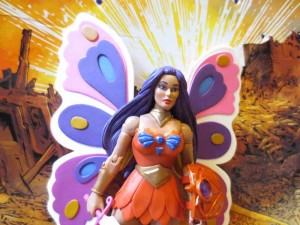 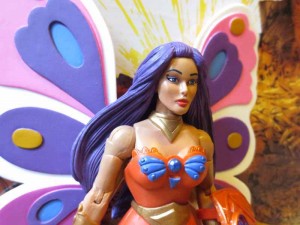 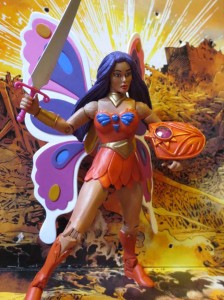 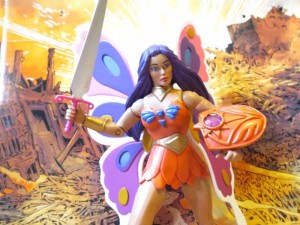 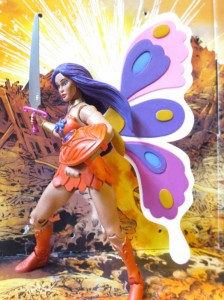 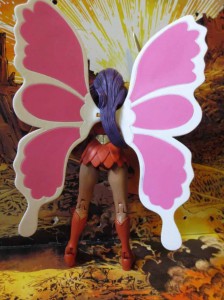 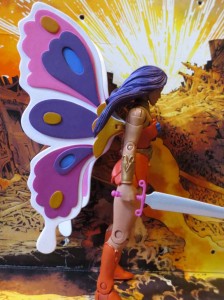 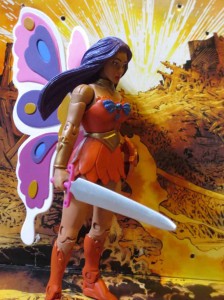 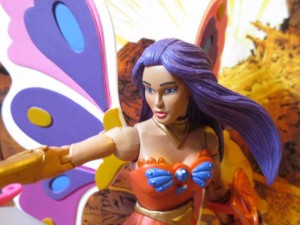 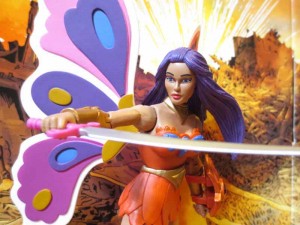 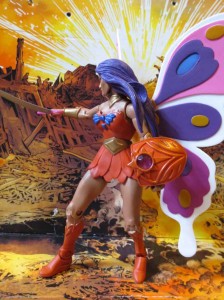 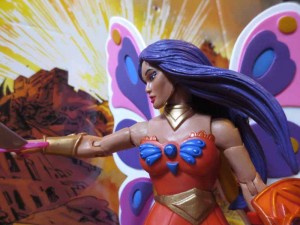 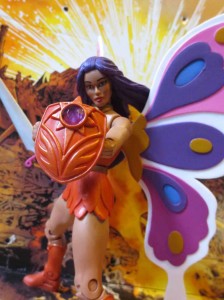 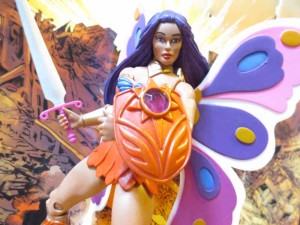 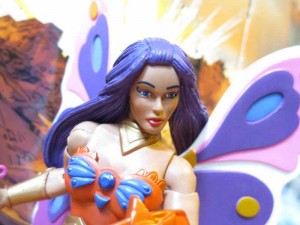 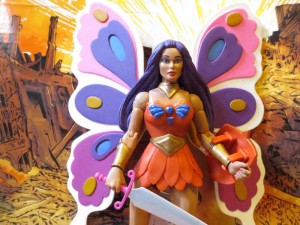 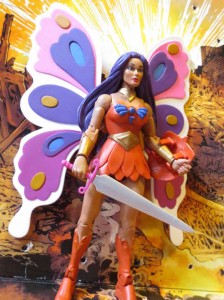