Stockman-Fly Buzzes Into the TMNT Collection 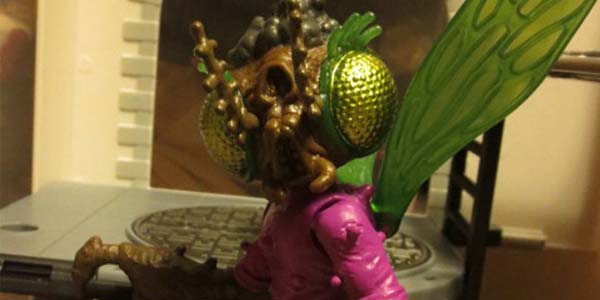 History often repeats itself, and we saw just that in terms of Baxter Stockman, the villainous scientist who aligned himself with Shredder and the Foot Clan.  Back in the 80s cartoon series, Stockman was eventually mutated into a fly monster– and obvious nod to the sci-fi horror film The Fly— and now the Baxter of Nickelodeon’s current TV series has gone through the same mutation.

Playmates has released the Stockman-Fly as part of their latest wave of basic action figures, and not only is this toy another welcome update to a classic character, he’s pretty impressive in his own right.  The figure features a great all-new sculpt, one of the most detailed we’ve seen from Playmates.  From the pock-marked skin, to the compound eyes, to the spiky protrusions all over Baxter’s body, this figure is highly detailed and, quite frankly, pretty creepy to look at.

Stockman-Fly also triumphs where many other TMNT figures have failed– he’s in proper scale with the Turtles, standing healthily taller than each of the heroes, as he should.  The mutant monster is fairly well articulated, at least in comparison to most TMNT side characters.  Baxter features a great ball joint at the neck– perfect to create flying poses– as well as a swivel waist, hinged shoulders and hinged hips. 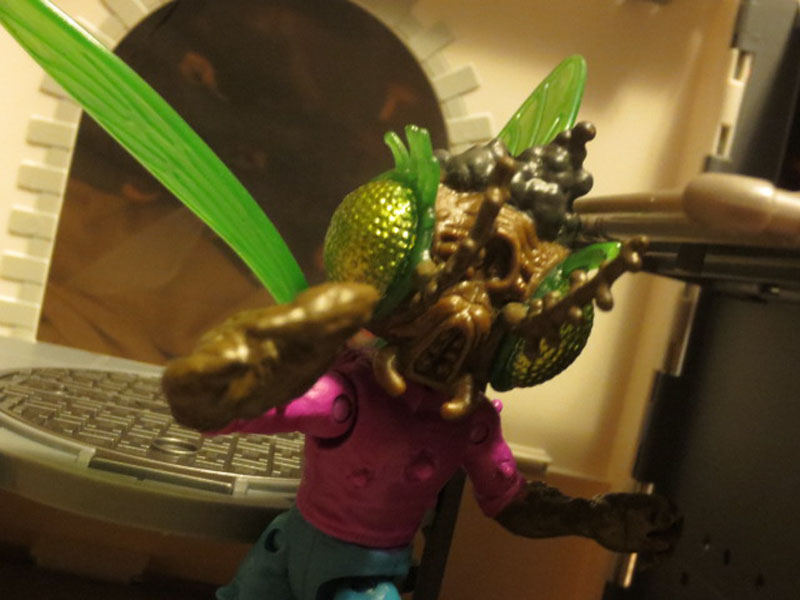 The colors on this figure really pop, as well.  The brown and grey colors of Baxter’s skin offset perfectly with his purple sweater and blue pants.  The translucent green wings feel appropriately bug-like, and we see more of this semi-clear plastic surrounding Baxter’s big gold compound eyes.  Once again, Playmates’ paint is too sparse– they didn’t touch any of the spikes sticking out of Baxer’s clothing, nor the skin of his exposed back where his wings ripped out of his shirt.  I’ll have to paint my Stockman-Fly up to complete the effect of his mutant look.

I dig the creepy asymmetry of Stockman-fly’s design, with his one humanoid arm and one claw-like pincer.  He can hold his one accessory– a half-eaten chocolate bar– with either limb.  Stockman-fly is certainly one of the nastier looking TMNT figures we’ve seen in Playmates’ current toy line, and I mean that as a compliment.  I’ve missed the gross-out factor that made some of the vintage Turtles toys appealing in their own unique way, and it’s cool to see Playmates returning to that yucky aesthetic in the new series, as well.

Want to catch a (Stockman) fly of your own?  Keep your eyes peeled at Toys R Us, Target and Wal-Mart stores, as the latest wave of TMNT figures is hitting all three stores now. 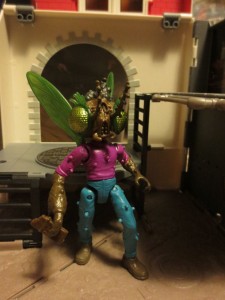 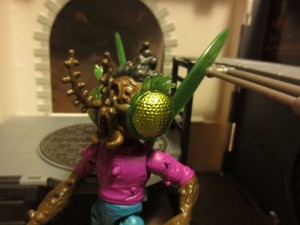 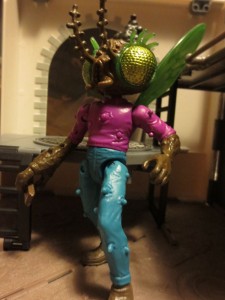 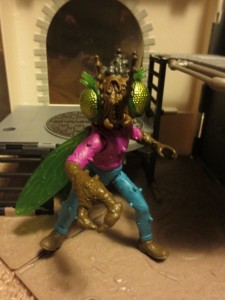 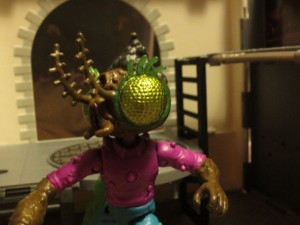 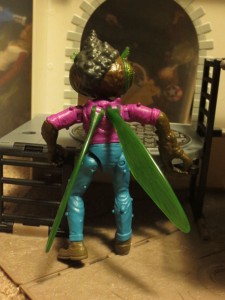 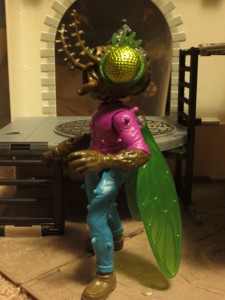 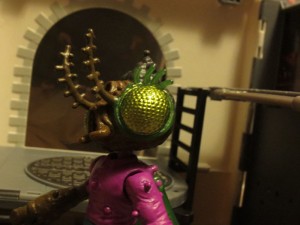 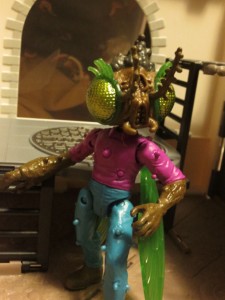 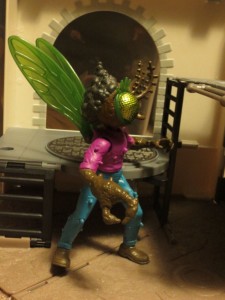 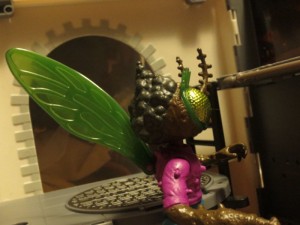 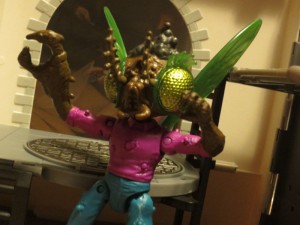 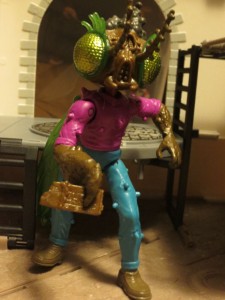 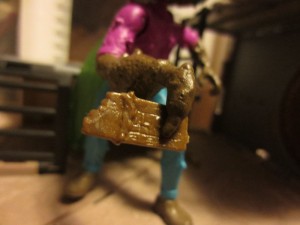 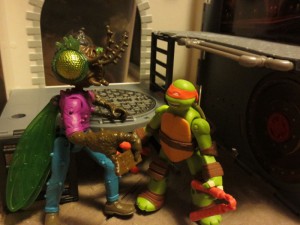 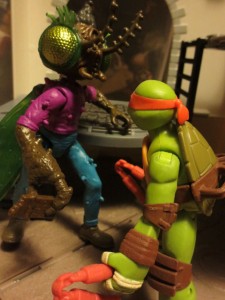 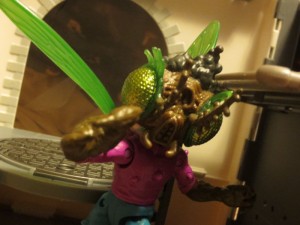 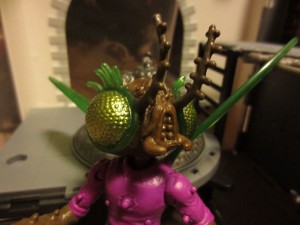 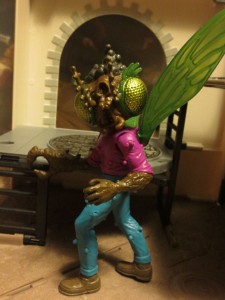 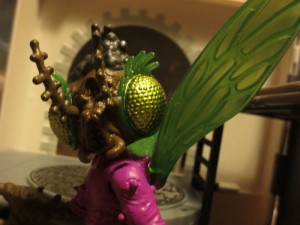