Stupidity 101: Warner Bros Is Having Who In The Flash Film??? 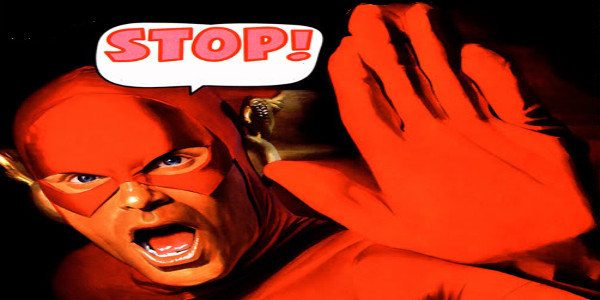 I swear to God I do not get the brain trust that is in charge of Warner Bros Pictures.

This week, at the Time Warner Investors Meeting, 10 films based on DC Comic Book characters were announced for the upcoming 2015 – 2020 slate. And most of them sound great. One of the biggest shocks was the announcement for a Flash film. Now at this time, I just can’t see an entire film for the Flash, but I’ll keep an open mind on the plot until I hear more.

But that’s not the problem I have with a Flash film. Warner has already cast the lead of the Flash. Ezra Miller. Who? In all seriousness, I’m familiar with Miller and have enjoyed his films. Perks of Being a Wallflower. We Need to Talk About Kevin. He’s a good actor. But again that’s still not the problem I have.

Here’s the problem, WE ALREADY HAVE AN ACTOR PLAYING THE FLASH!!!

The CW network is having a Flash TV right now!

In the show, the Flash is played by actor Grant Gustin. He’s not doing a bad job at it. So why the hell not just use Gustin in the film?

Why? Because that freaking moron, Kevin Tsujihara, Warner Bros Chairman and Chief Executive Officer, wants to keep the TV universe and the movie universe separate. This has to be one of the stupidest things I’ve heard of. Marvel keeps the 2 in the same universe, and it works!

Now over at the Fanboy Factor Podcast, my co-cost Jesse and I have talked about in length that we don’t see Gustin as the Flash for the movie. But then the studio casts Miller, who is similar in body shape and age. Gustin is looking pretty good now.

Just look at this picture of the 2 of them:

The are pretty much the same. So why confuse things with one Flash on TV and one in the film? Just freaking use Gustin.

So Tsujihara, get your head out of your ass and connect the 2 universes. Obviously Marvel’s doing something right, so follow their model.

On another note, hopeful we’ll get a costume that’s closer to the comic version and not the current TV one: