Summer Movie Scorecard: One Month In 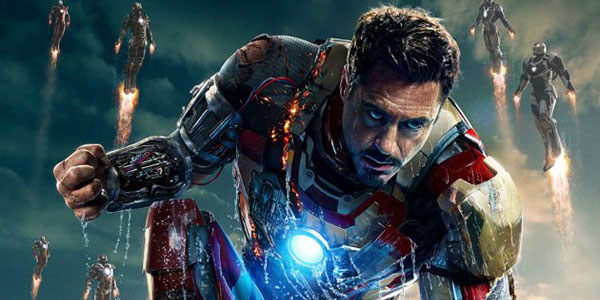 We’re one month into the Summer movie season, so let’s look at how the first wave of movies measures up.

Memorial Day marks the one-month milemarker for Summer movie season (yes, I know it’s still technically Spring– go figure), so this seemed like a good time to check in and rank the big Summer movies that have seen release so far.  The season started strong with Iron Man Three, and things are really starting to ramp up as we approach June and July– we’re only a few weeks away from Man of Steel and Monsters University, and only a few MORE weeks from there until Pacific Rim!

Here’s how I would rank the 2013 Summer releases so far… I’ll build off this list again on July 4th and we can look back at a full recap on Labor Day to see how things evolved over the course of the next three months.  But for now, I have to say it’s been a strong start to the Summer season at the movies, with more hits than misses.

1.  Iron-Man Three – I have not had a better time with a movie than Iron-Man Three.  Shane Black makes such an offbeat yet welcome addition to Marvel’s cinematic universe, in a film that does the impossible in a lot of ways– we get a twist that stayed secret and played out as a real surprise, we get a great, big final act that’s as character driven as it is bombastic, and we get a story where Tony Stark is way more exciting outside his iconic suit of armor.

2.  Furious 6 – It’s still unbelievable that a franchise based on The Fast and The Furious would hold any water… let alone get better with age!  The latest, part 6 in the series, is quite the crowd-pleaser, with high energy stunts, some great laughs and one of the best ensemble casts ever assembled in a blockbuster.  This is becoming the franchise every big, dumb popcorn action movie should aspire to.

3. The Great Gatsby – The prettiest looking movie of the Summer, Gatsby offered a solid adaptation of the classic novel and a killer performance from Leonardo DiCaprio.  There’s a bit more style than substance in Baz Luhrmann’s “more is more” approach to the material, and the 3D seems like a weird choice, but Gatsby’s entertainment factor elevates it far beyond its flaws.

4. Star Trek Into Darkness – Not as dark and Nolan-esque as I was afraid, but that wasn’t enough to salvage the wreckage of JJ Abrams’ new Trek installment.  With a great cast and utterly wasted villain, and a cockamaime plot filled with illogical twists and cheap fan service, this isn’t a Trek worth taking.

5. The Hangover Three – Every bit as dull and pointless as the trailers made it seem. It’s a good thing they planned this to be the last one, because it seems like everyone in the world is done with these guys at this point.

What do you think, do you agree with our picks?  What’s been your favorite movie of the Summer so far?  And what are you most excited to see in the coming weeks?