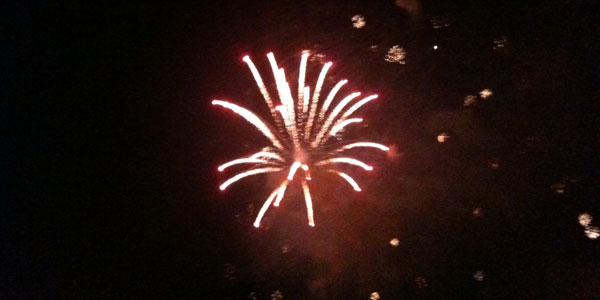 The Summer movie season is in full swing, and we’ve seen a healthy mix of solid hits and big misses.  July 4th marked the middle of the season, so let’s look at how this year’s blockbusters measure up so far.

Happy 4th of July weekend, everybody!  There’s a lot to celebrate in America right now, with the recent wins that have moved us forward as a society toward a brighter, more tolerant future.  That’s cool, and for that I say YAY AMERICA!!

But there’s more to celebrate than social progress, hot dogs and fireworks– more on topic, we’ve also seen some rather remarkable movies hit the big screen this summer, from the return of the Man of Steel, to a thrilling third chapter for Iron-Man.  Like we did back on Memorial Day, we’re taking a break to catch up on the summer movie season, and put a list together, ranking our favorites.  I’m also including our reviews to most of the movies on the list below, both for your convenience and because I’m kind of a click whore– so feel free to click a title to read our thoughts on the movie!

Without further ado, here’s our list, as it stands right now:

15. The Hangover Part III …Remains the low point of the summer.

14. The Lone Ranger …Coming in a close second for last place, Disney’s reboot thoroughly misses the mark, replacing high adventure and pulp fun with a cynical, bloated story and a complete mishandling of the characters.

13. Star Trek Into Darkness …After the fun of the first Trek reboot, this movie should have been good enough to warrant a higher spot on the list. [Review Roundup]

12. World War Z …OK, so it wasn’t the trainwreck many predicted.  In fact, World War Z had its moments, but they didn’t compare to the overall dumbness of the story and the utter waste of talented actors who are not Brad Pitt. [Review]

11. After Earth …A perfectly average sci-fi story with lots of classic, 30s style pulp roots.  It wasn’t bad, nor was it anything memorable… That said, this is one of those movies I’d probably watch again if I caught it on cable. [Review]

10. Now You See Me …The hipster magic movie was as slight as it was sleight of hand, but it was quite fun if you can get past the silly CGI and absurd twist ending. [Review]

9. The Great Gatsby …It’s over the top and sported some questionable acting, but Baz Luhrman’s keen visual eye is sharp as ever and Leonardo DiCaprio’s Gatsby was one of the best performances of the summer. [Review]

8. The Heat …It’s no Bridesmaids, but the buddy cop comedy starring Sandra Bullock and Melissa McCarthy is one of the funnier action movies I can recall in recent years and the duo make a great team of funny badasses.

7. Despicable Me 2 …A cute sequel that expands on the world of former super villain Gru and his family of adopted girls and pill-shaped minions.  It’s light and cute, and one of the most fun movies at the theater right now. [Review]

6. Monsters University …The prequel to Monsters Inc feels like a worthy “chapter one,” and between the solid story being told and a welcome return to these great characters, Pixar kind of pulled this one off. [Review]

4. This Is The End …The (mostly) stoner comedy that sounded like a terrible idea, but ended up being the funniest movie of the year so far.  The post apocalyptic angle takes the story in some weird and dark places, and reminds us how funny Seth Rogen, James Franco and the Apatow crew can be together. [Review]

3. Furious 6 …With solid action and a delightfully melodramatic story with returns from the dead, vengeful siblings and more, the latest Fast and Furious continues to impress in a series that, against all odds, improves with age. [Review]

2. Man of Steel …Superman’s return was mostly a triumph, thanks to a strong cast and director Zack Snyder’s capable skills behind the camera.  It has me amped to see where the DC universe goes next on the big screen, and that’s a feeling I haven’t had in years! [Review Roundup]

1. Iron-Man Three …Still the reigning champ of the summer, the third (and final?) Iron-Man movie was smart and all kinds of awesome.  Will it hold the number one spot after Pacific Rim smashes its way in to theaters next week?  Who knows?… [Review]

What do you think, do you agree with our picks?  And more importantly– do you think this summer has been spent movie-wise, or are there movies still to come that you think will change the game for 2013?