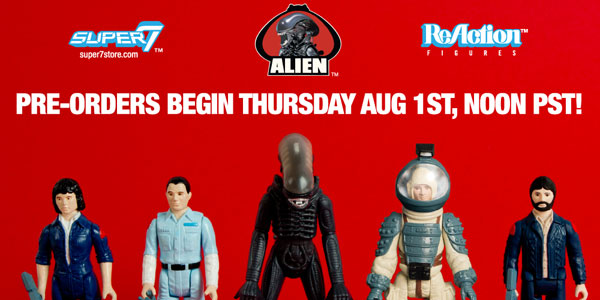 I can’t think of much more to say about the awesome Alien ReAction figures.  The Kenner-inspired retro series will be released this october, but Super 7 has announced the preorders for this exciting series will go live this Thursday, August 1st at 12 noon Pacific Time.

All the details on the figures– and Super 7’s slick Alien pint glass set– are listed below.  I know I’m placing my order as soon as possible later this week… And with how well the Comic Con exclusives sold a few weeks back, if you want these guys, too, I’d suggest placing your order quickly. 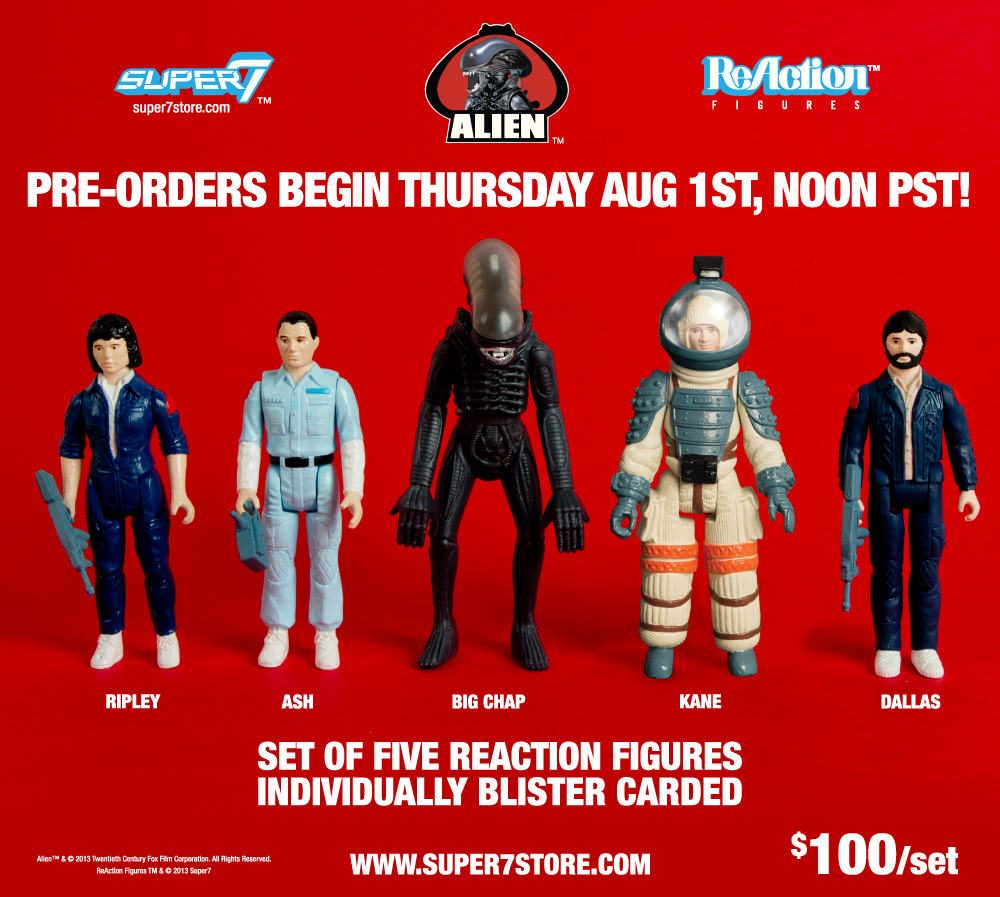 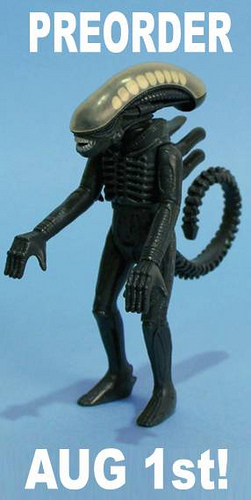 In 1979, prototypes for 3 ¾” action figures for the ALIEN film were developed but never manufactured. Through our network of industry and collector contacts, Super7 has unearthed reference material and original 34-year-old prototypes and will now make these “lost toys” a reality.

Under authorization from 20th Century Fox, Super7 will produce the full series of ALIEN toys as part of our ReAction Figure Series (Retro-Action). Each is stylized exactly as items from the “golden age” of action figures with approximately five points of articulation, accessories, and period-authentic blister card packaging.

NOTE: our webshop will say “out of stock” until the preorder actually begins.

In space, no one can hear your order at the “Fast Food” drive thru..

These four glasses present a memorable scene from the movie on the front side, featuring colorful artwork created exclusively for this Gift Set. The backs reveal the four-part lifecycle of the Xenomorph – the menacing ALIEN creature itself.
This collectible set includes:
• THE SPACE JOCKEY
• ‘BIG CHAP’ aka THE ALIEN
• KANE’S CHESTBURSTER
• RIPLEY & THE AIRLOCK

Each 16 ounce Pint Glass measures approximately 5 ¾” tall. Perfect for use in your kitchen, home bar, or dining area of The Nostromo.

$49.99 set of 4 glasses in a boxed set.
Preorders begin Thursday August 1st at Noon Pacific
CLICK TO PREORDER ON THURSDAY!

NOTE: our webshop will say “out of stock” until the preorder actually begins.