Super 7 Teams Up With FUNKO For Alien ReAction Figures 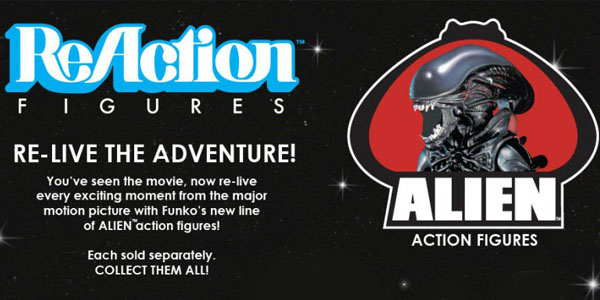 Super 7 teams up to make Alien ReAction bigger than ever.

After a wildly popular debut like we saw at Comic Con, I’m not surprised that Super 7 is taking their Alien ReAction toy line to the next level.  The designers have teamed up with FUNKO to expand production of the retro toy line, meaning we’ll be seeing a higher volume of the figure when they hit late this Fall, and a higher likelihood of future figures based on other classic properties.

One of the practical spins of a higher production run, though, is a lower retail price.  Super 7 already sold out of their allotment of preorders last month for $100 a set… thanks to the new deal with FUNKO, that same set of five figures is now selling for $75 instead.

But Super 7 is handling this change in the absolute best way I can imagine– they are offering full refunds for anyone who bought the set from them at the higher price point, so for anyone who wants to make the switch and buy these figures for less, that door is open.

For those who do NOT wish to cancel, though, Super 7 is going to include a “mystery” sixth figure, only available to those who preordered from them.  That’s a second great option that feels like truly great customer service to me.  And it’s enough to guarantee my preorder is not going to be cancelled anytime soon.

The question now becomes– what will the mystery figure be?  I can see it being a repaint of Big Chap or Kane (the stars of the set, by all accounts)… or they can plug the Dallas head onto the Kane body to offer a Dallas in space suit figure?  There’s lots of ways this could play out, but I have to admit, after how impressive and fun the SDCC “lost prototype” concept was, I trust Super 7 will fill that sixth slot with a pretty cool toy.

Here’s the full word from Super 7 about their new joint venture… as well as details on what happens next for those who preordered their Alien ReAction figures already:

Funko and Super7 are excited to announce a new strategic partnership to debut and extend the ReAction Figure 3 3/4″ line..

One of the most unique and highly anticipated toys of San Diego Comic-Con 2013 was the pre-order and launch of Super7’s ReAction Figures Alien line. From the “Lost Prototype” 2-pack and Early Bird Kit to the the full reveal of the final Alien ReAction figures, the collector community was in a frenzied state over this new “retro style” look of toys within the action figure community. At the same time, Funko’s continued growth and expanding product line made it’s San Diego Comic-Con booth one of the single most travelled spots of the entire convention. After years of sharing the same aisle together, Super7 and Funko saw an incredible opportunity to leverage each other’s unique business insights into a more strategic partnership. Beginning with the launch of the Highly anticipated Alien ReAction Figures and then several licenses to be announced soon, both companies look to establish a firm collaborative footprint in the market with the ReAction Figures line.

Our original SRP was $19.95, and the 5 figure set was $100. Funko will be able to produce in much larger quantities and wider distribution, and has a $14.95 SRP, which is $75 for the set. We are aware of the discrepancy in price with the new agreement, so there is a additional, secret figure that will be included in the Super7 pre-orders that will be available only for those who pre-ordered sets of Alien from us, and will not be available anywhere else. (And preorders are long since closed.) We think it will be a nice thank you to everyone who believed in this project and pre-ordered ahead of time, being part of the excitement of the release of this long-awaited line of figures.

If you would prefer to get the regular set of 5 through the retailer of your choice, we will refund your pre-order. If you choose to keep your pre-order, you will receive a set of 6 figures instead, and it will be the first figures that arrive domestically.

Please let us know what you would like to do, and we will update accordingly.

Thank you to everyone who has helped making this toy line come true – we have a lot more surprises in store for you! 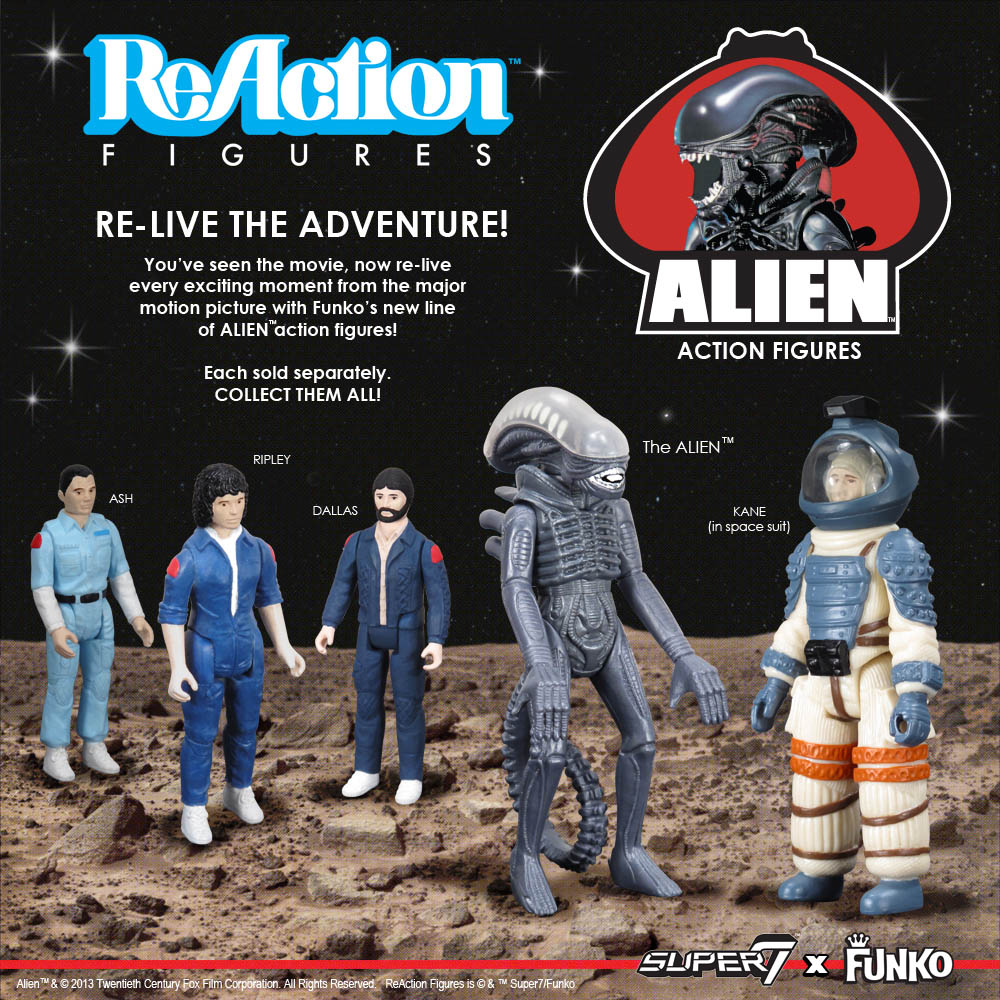