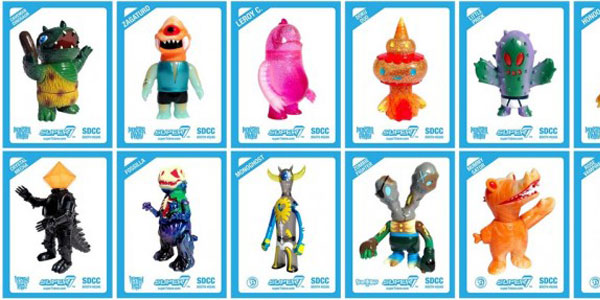 Super 7 has a lot more on tap at Comic Con than their awesome retro Alien ReAction figures… Check out their full lineup of awesome vinyl figures, Star Wars apparel and more!

I’ll admit, I never really followed Super 7 past their Alien ReAction project, but their awesome SDCC exclusives this year reach way past the retro toy line’s debut. The Super 7 guys will also have a hyper cool set of 15 vinyl figures, and four exclusive Star Wars t-shirts, which are wicked cool.  That Stormtrooper shirt is so damn cool, I know I won’t be able to not get one when they’re available.

Get all the details on Super 7’s Comic Con exclusives roster below… and get ready to have another go-to booth at Comic Con next week!

1. MINIMALIST DARTH VADER
2. MINIMALIST STORMTROOPER
Breaking the helmets down to the most minimal representation, these two shirts let people know that you support The Dark Side in a subtle and classy manner.

3. A CUTE HOPE
For our May The Fourth Be With You event, we requested artist Jerome Lu come out to our shop and paint a huge mural, showing off the Star Wars characters in his inimitable style: http://blog.super7store.com/2013/05/09/may-the-fourth-be-with-you-recap/ After the event, the mural was claimed by Steve Sansweet and is now a permanent part of the Rancho Obi-Wan collection! The painting and character design was well received by Star Wars fans of all ages, so we asked Jerome to create a new design focusing on A NEW HOPE – and this new shirt is the result!

4. X-WING IN A BOTTLE
A Star Wars take on a classic nautical concept: a Spaceship in a Bottle! Fly your Icom T-65 X-Wing through the neck of the bottle, where it will forever remain on display – a fitting tribute to the starfighter that brought down the Imperial Death Star!

You’ve seen all the teases, but now we an reveal the complete line-up of Vinyl Toys that Super7 has made Exclusively for this year’s San Diego Comic Con! Visit booth #5245 to get your hands on these toys, as they will NOT be available on super7store.com before or after the event!
The line up of Fifteen different Vinyl Toy Exclusives is a little overwhelming for one email, so there are a few options for you to view the toys in all their plasticy glory:
SUPER7’S OFFICIAL BLOG
LARGE IMAGES ON FLICKR 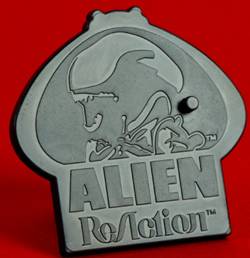 In 1979, prototypes for 3 ¾” action figures for the ALIEN film were developed but never manufactured. Through our network of industry and collector contacts, Super7 has unearthed reference material and original 34-year-old prototypes and will now make these “lost toys” a reality.
Super7 will offer FOUR different ALIEN ReAction Figure exclusives at San Diego Comic Con!