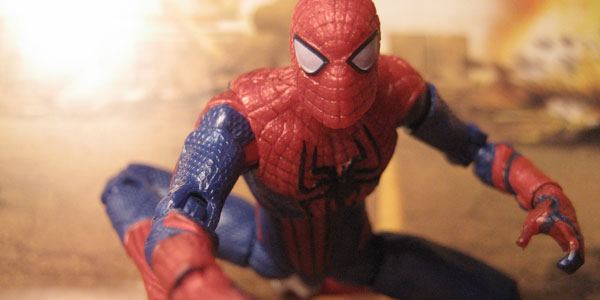 Hasbro has released the Amazing Spider-Man movie toys, and while the line is fairly underwhelming for collectors, there’s a few treasures buried in this line. The best of the bunch is the fantastic new Super-Articulated movie Spidey, who really shows how well Hasbro can pull off a great toy when they want to. 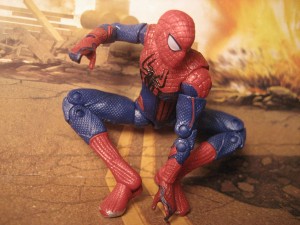 If you’ve been collecting or following The Avengers and GI Joe Retaliation, the way Hasbro is handling the movie line for Amazing Spider-Man should come as no surprise. The first series delivers a comic series, while assortment two includes more movie-accurate figures including Spider-Man and his cinematic foe The Lizard. Sadly the toy line also follows Hasbro’s new trend of cheaping out on articulation, which is especially troubling for a Spider-Man toy, given the acrobatic aesthetic of the character.  Most Amazing Spider-Man movie figures are even more basic than The Avengers, with no ankle or wrist articulation, no torso movement at all and even reverting to awful and inhibiting t-crotch hip movement. 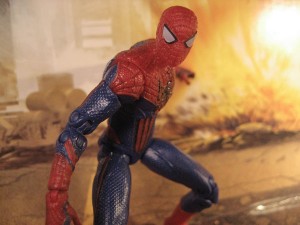 It’s these unfortunate articulation setbacks that kept me away from most of the line, but these are the same things that really showcase just how good the “standard” movie Spider-Man is. Hasbro is not exaggerating in their claim that this guy is super-articulation– Spidey sports a great 2-part neck hing and ball joint, ball shoulders and hips, double knees and elbows, a nice ab crunch, swivel and hinged wrists and rocker ankles. This Legends-level articulation lends itself to tons of posing options, and it’s nice and easy to put this Spidey into action, be it fighting, crawling, crouching or climbing… he moves easily and looks great in virtually any pose. 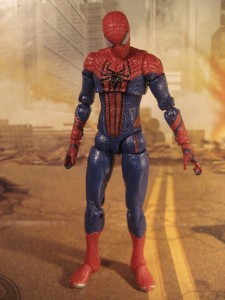 The plentiful articulation doesn’t make the figure overly fragile– he holds up quite well and all the joints on mine are nice and tight– and also doesn’t impact the sculpting, which is fantastic. I like the new Spidey costume, and this toy version is nicely textured, including the semi-scaled pattern on the suit itself and the webs and extended spider insignia on Peter’s chest. The added details such as the new sliver climbing boots and the web shooters are a nice touch, and the figure looks great. It is a shame Hasbro didn’t add a wash to the red on Pete’s outfit, which would have accentuated the wonderful sculpting on his web pattern even more, but even without this wash the figure looks fantastic.

It’s a shame that none of the rest of the Spider-Man movie toys feature this same level of quality. I’d love to pick up a lot of other movie and comic characters if they came out as excellent as the Super-Poseable Spidey, but instead he serves mostly as a reminder that Hasbro really are the kings of making phenomenal figures in 3.75″ scale… at least when they want to. 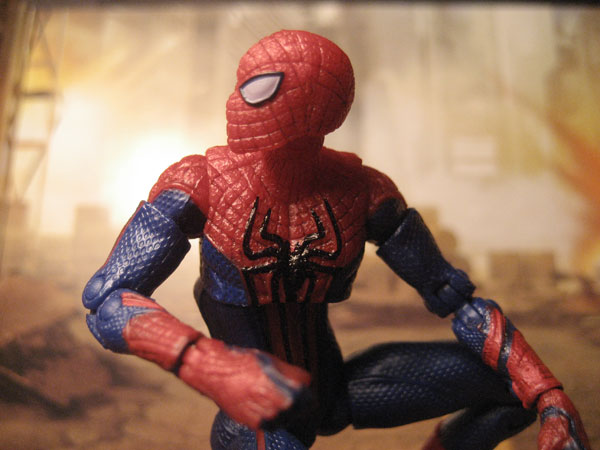 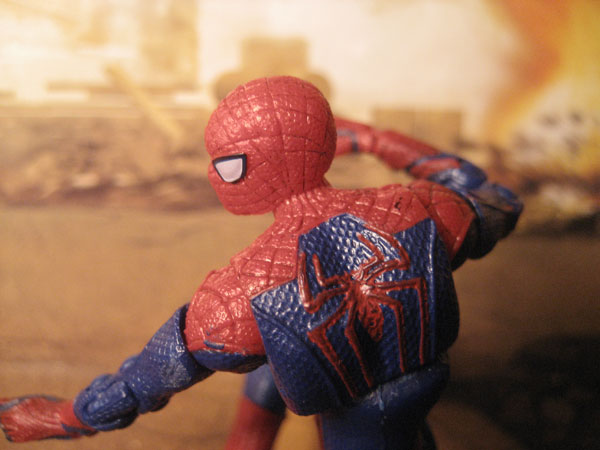 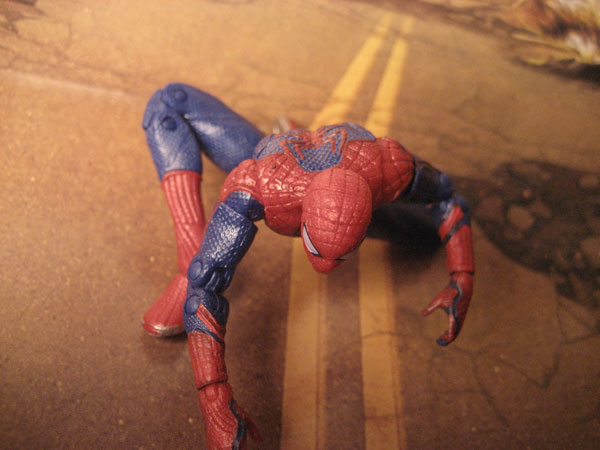 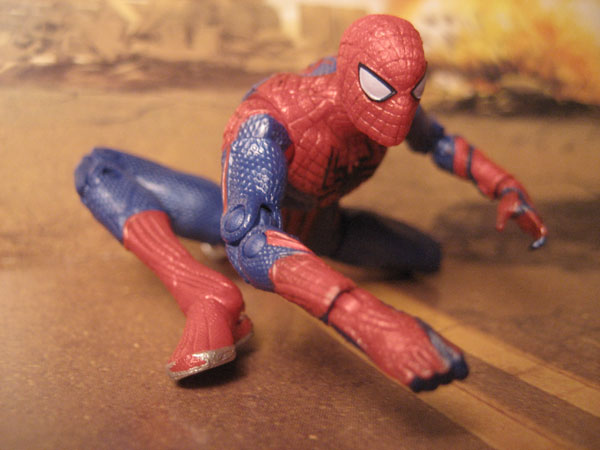 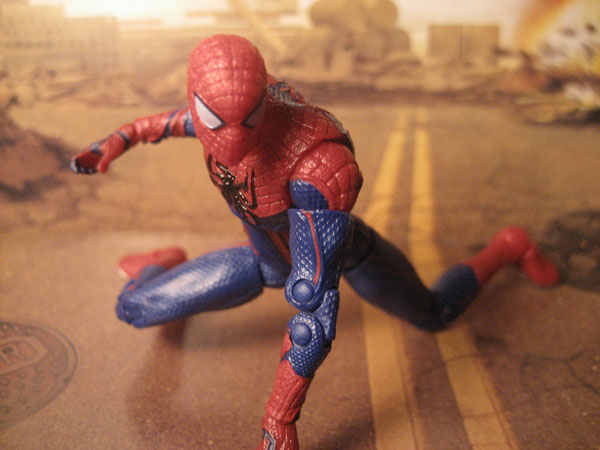 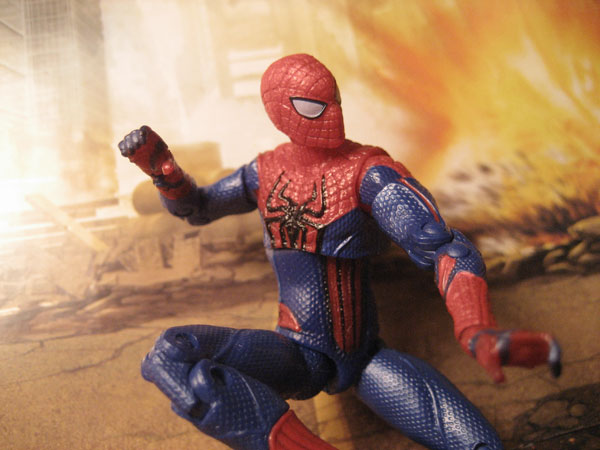 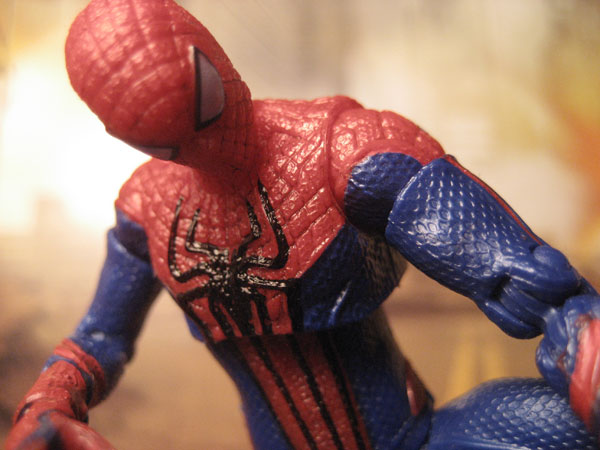 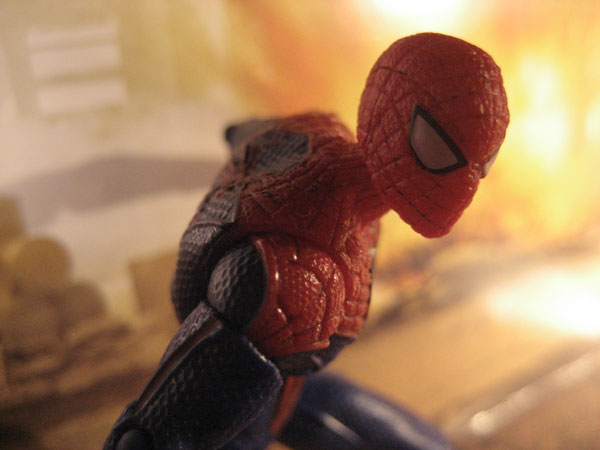