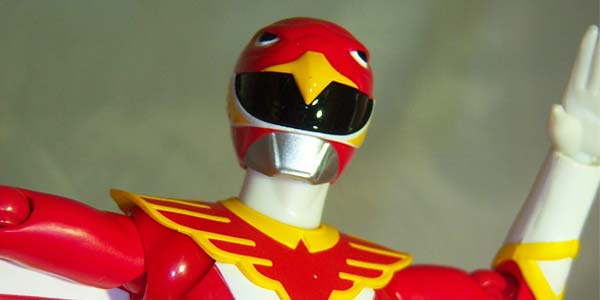 What do you get when you cross the Silverhawks with the Power Rangers? The answer is Super Sentai Jetman!

S.H. Figuarts proves again that they know how to handle a master license. Tamashii Nations/Bandai have done AMAZING things under the SHF umbrella and these two figures from the Jetman series is living proof. Out of the core team 2 out of the 5 have been released, however, there is no word on if this team will be completed or if they will suffer the same fate as the Operation Overdrive Rangers, and Darirangers and remain an incomplete team.

Red Hawk and Black Condor come stocked to the hilt with various weapons, hands, and most importantly the snap on wings. The interesting part of these are the wings, as you must remove the back of the figure and the wings snap on as a new back to the figure. The extra hands offer endless poses and variety to hold the weapons. With all the small parts this is not a toy for small children.

Few issues with these guys, that I only encountered with the Deka Rangers, is that the small parts that attach to the belts are easily lost if the figure falls from the pose or is knocked down.

The fact that this is NOT a complete team should not deter you from putting these in your collection. They are awesome to pose and with the wing attachments are an  AMAZING homage to the 80’s Silverhawks cartoon. I used a non Figuarts stage stand (from Hobby Link Japan) to give them more height over the other Rangers. I give the Jetman figures a 8.8/10 JQ rating 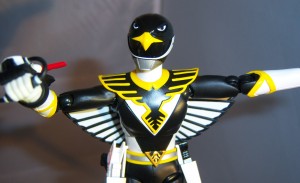 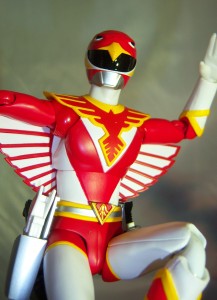 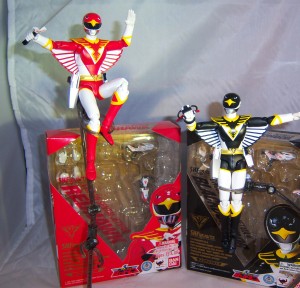 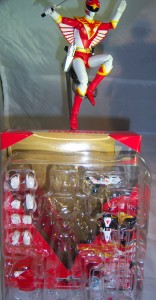 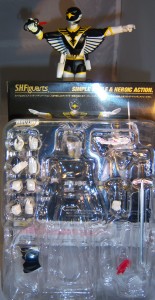