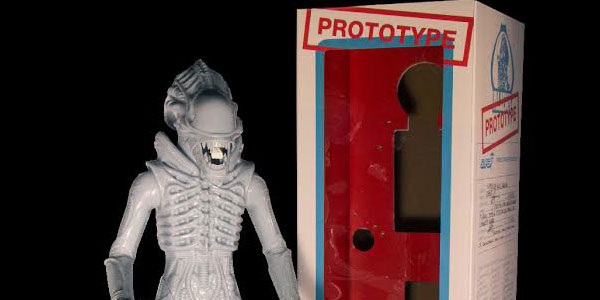 Go behind the scenes with Super7 for their latest Alien themed Comic-Con exclusive.

Super7 rose to prominence a few years back with their ambitious Alien ReAction project, which intended to finally release the long-lost Kenner Alien action figures which had become lost in developmental hell.  Since then, Super7 had created a number of revisionist, would-be vintage toy lines, but they’ve kept moving forward with their Alien line since the beginning.

The latest release is an 18″ Alien Warrior, based on the design from James Cameron’s 1986 film Aliens, but sharing the Kenner-esque style used for their vintage 18″ Alien figure, released back in 1979.  Super7’s new sculpt compliments the Kenner original perfectly, making this guy a seamless addition to a toy line that– by and large– never was a thing.

Before we see a movie-colored version of the giant Xenomorph, Super7 is offering a limited edition “prototype” version as one of their Comic-Con exclusives.  The unpainted figure is cast in grey plastic, and comes packed in a black-and-white window box, complete with “notes” from the design team, as would actually be seen on many toys in development.

The behind the scenes nature of this variant is totally clever and makes for a very unique looking collectible.  It’s a great example of what makes Super7’s work so special– they appreciate the energy and excitement involved in designing a toy, just as much as the final product.

The Prototype Edition 18″ Alien Warrior will be available at Super7’s booth at Comic-Con starting Wednesday July 20th.  Good luck trying to get your hands on this beast. 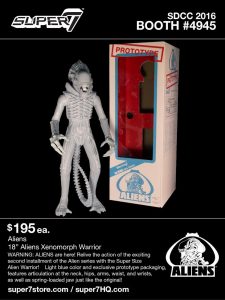 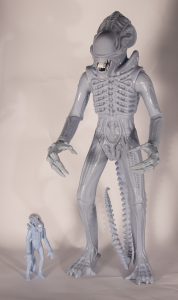 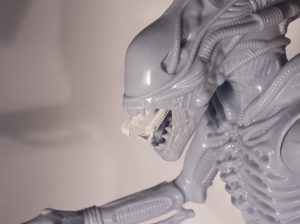