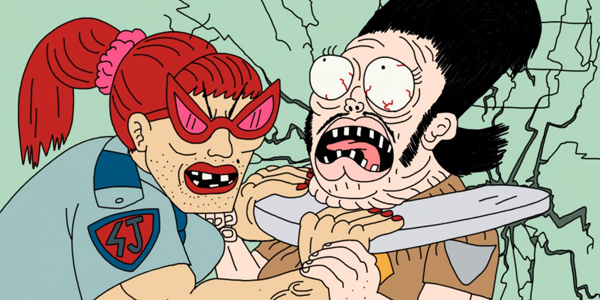 One of Adult Swim’s finest returns this Sunday at 12:15 am, and if you haven’t seen Superjail! you should totally check it out.

Adult Swim’s shows have been all over the place since the network launched back in 2001, and the last eleven years have only seen them get weirder and wilder.  Sometimes that’s a good thing, and sometimes… not so much, but either way, amidst the sea of 30 minute action/ comedies like Venture Bros, short length live action spoofs like Childrens Hospital and Eagleheart, and reruns of classic like King of the Hill, it’s nice to have one show harken straight back to the golden era of “adult” cartoons… and Superjail! does that brilliantly.

Calling Superjail! a throwback to the early 90’s MTV animation isn’t a knock– from Oddities to Liquid Television, MTV had some really groundbreaking stuff going on, and everything about Superjail!, from the trippy, psychedelic aesthetic to the wonderfully bizarre storytelling gives it a timeless feel that only the best left-of-center animation can claim.

Having checked out a few Season Three episodes, I’m very happy to report that the new 10-episode run seems to merge both Season One’s penchant for carnage and chaos with the focus on characters from the sophomore season, and the result is just awesome.  The Season Three premiere picks up right where Season Two’s cliffhanger ended, with the Warden and his inmates returning to Superjail! to find it taken over by their female rivals at Ultraprison, whose own warden The Mistress has taken up with the villainous Lord Stingray.  “Stingstress” follows Jared’s attempts to save Superjail! from its captors, and peppers in some great digs at the celebrity couple phenomenon, before descending into a glorious explosion of violence the likes of which we haven’t seen since Season One.

Later this season, you’ll also be treated to “Special Needs,” in which The Warden discovers the handicapped residents of Superjail!’s frequent carnage, who weren’t lucky enough to die. It’s another riot of an episode, with Christy Karacas and crew really pushing the character design envelope with their grotesque mutilated new inmates.  I cannot wait to see what else the demented geniuses behind this show have in store for the new season, but if the other eight are half as great as “Stingstress” and “Special Needs,” we’re all in for a trippy, bloody treat this Fall. 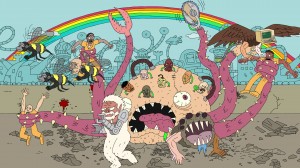 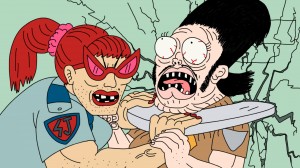 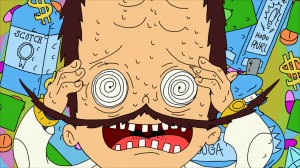 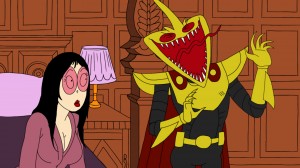 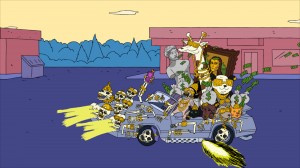 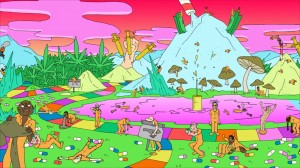 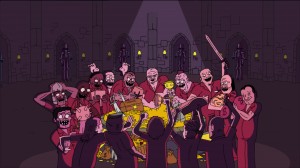 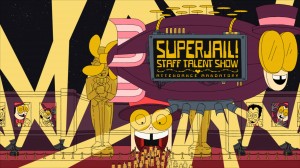 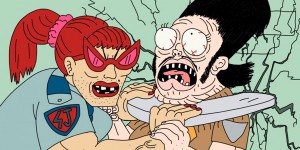