Documentary film LOOK TO THE SKY uncovers the inspirational stories of young people who have embodied the spirit of Superman. 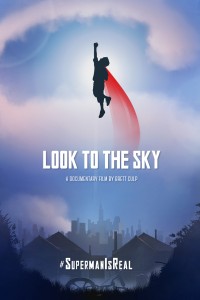 The trailer for the new documentary film LOOK TO THE SKY debuted online on Thursday.

The not-for-profit film features the uplifting true stories of young people who have demonstrated the “Superman spirit” in life-threatening situations, physical challenges, loss and through heroic acts of community service.

The film also explores the cultural meanings of Superman and whether the character has continued relevance in contemporary society.

“For many of us, the world seems very dark,” filmmaker Brett Culp said.  “It’s easy to feel that noble heroes like Superman have vanished from the earth.  We want to show that the hope this character embodies still exists, and we believe this heroic spirit is most clearly seen in the hearts of the heroic young people who are shaping the future.  Our goal with LOOK TO THE SKY is to help renew our faith in tomorrow, for ourselves and our communities.”

Culp’s previous film – LEGENDS OF THE KNIGHT – screened in over 100 cities around the world, raising more than $75,000 for charity.  The film is now available on iTunes, Hulu, Netflix and Amazon.  The charitable goals remain the focus of the upcoming film LOOK TO THE SKY, which will be available for charity and educational screenings.

Over the past year, Culp and his team have filmed in 14 cities, capturing the stories of inspirational young people and experts on superhero stories, psychology and literature.  Well-known interviewees include author Neil Gaiman, former DC Comics president Paul Levitz and Maria Popova of Brain Pickings.

The film is being produced through The Rising Heroes Project, a 501c3 not-for-profit organization founded by Culp and his wife, Tricia Culp.  The organization is focused on creating uplifting and educational films to inspire personal growth, community service and positive engagement in viewers of all ages.

The production team for LOOK TO THE SKY is now raising funds through Indiegogo to finish the film. The campaign gives supporters of the project the opportunity to pre-order copies of the finished film and other incentives as a way of funding this documentary project. 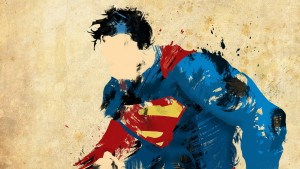 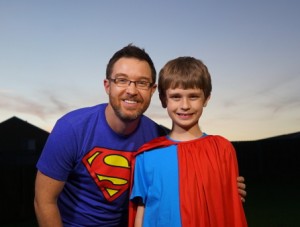 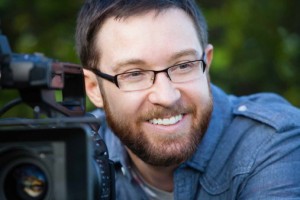 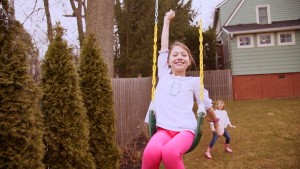 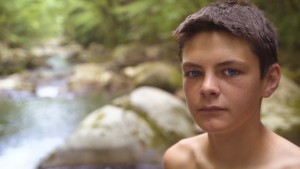