I’m Not Supposed To Be Here Today! 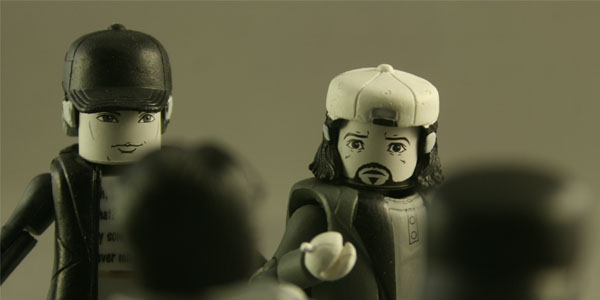 Kevin Smith and Minimates have been a great pairing so far, so how does the he look in black and white?

I almost picked up the color version, but after a little thought this just seemed too perfect to pass up. The movie that started it all for the View Askewniverse was filmed in black and white, and although they don’t match all my other minimates they look great. Collecting has made me want to have everything match like scale, era, and overall look. So 10 years ago I probably would have never got this set, but time has softened my collecting OCD and allowed me to appreciate this set for what it is, a great nod to a great film.

The legend of the film goes Smith sold his comic book collection to fund the movie, but the store would only give him store credit. So he had to sell the credit off to friends for cash, losing money in the original deal and more when selling off the credit. For anyone who has working in a small corner store the film captures the problem and fun of that setting.

The set includes Dante and Randell as well as Jay & Silent Bob. Each have their looks from the film, young versions of all the actors. The set is light on accessories but captures the actors in the movie, from Randell’s smart-ass expression to Bob’s wonderful aloof look. The only accessory in the set is Bob’s smoking hand, which always impresses me in a world of toys that get Breaking Bad banned from Toys R Us. If you want these you will have to track them down at your local comic shops, or if you want the full color figures head to Toys R Us. 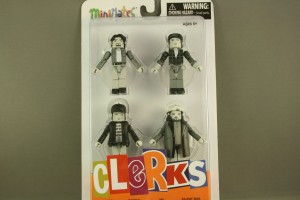 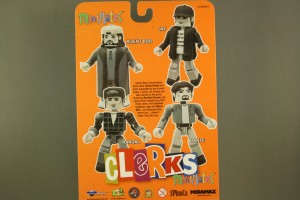 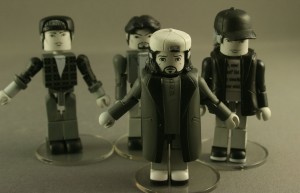 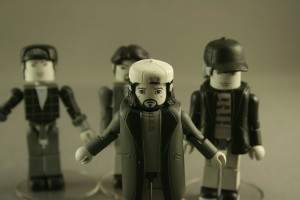 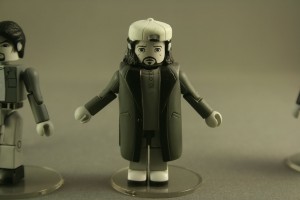 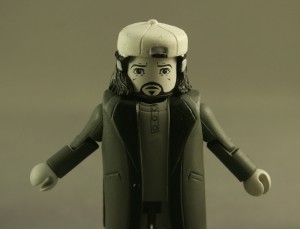 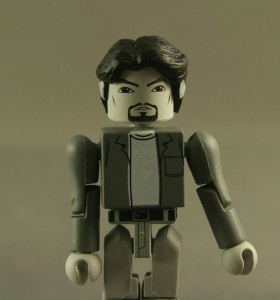 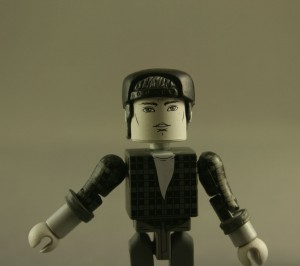 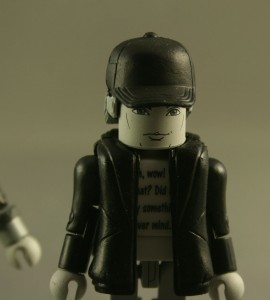 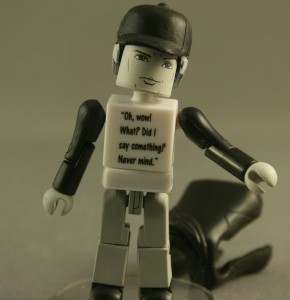 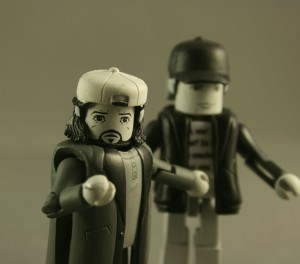 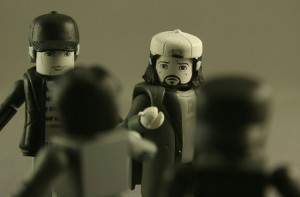 Thanks to Diamond Select Toys for getting these to us for review.