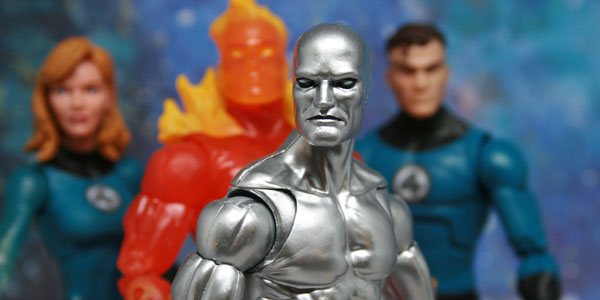 The Marvel Legends Silver Surfer sneaked out a little early in Mexico, and surprised fans who thought the Thing was coming next.

Though not officially release here in the US, our friend Luis was able to send up one of these Silver Surfers from Mexico. Debuted at Toy Fair the Surfer was met with oohs and ahhs from all those in attendance. It was a great feeling to know that this Fantastic Four theme would be continuing at Walgreens. We knew the team would be completed, but once that happened everyone wondered if the rumored lists would pan out to be true.

This figure is a long time coming, and needed an update from the old Legends line. First part of wave 5 in the Toy Biz line, that figure looked more like an alien from the X-Files than the Marvel world. They tried a few times once Hasbro took over to revise the look, first in the Fantastic Four wave, then in a Walmart box set, and finally as part of the Target Red Hulk wave. All of the looked good but many felt we had not yet seen a definitive Surfer. Each had their own issues, leaving fan waiting for a better version. Hasbro has been firing on all cylinders the past few years, and the updated bucks have created just the right look for this single colored figure.

For an exclusive figure he has a lot extra parts. He has 3 sets of hands, two blasts (these have to stop being reused), and his board. The figure stands smaller than the other FF figures in this line, and shares a body with the newest Spider-man 2099. What makes this figure better than the previous versions are the proportions of the body. The head matches the body, the neck is not too small and not too thick, and yet he is a little slim. Depending how you will display him each set of hands offers different looks, he can even Vogue. The surf board seems to be the point of contention with many fans, but honestly its perfect. It’s light, easy to pose him on, and shines just enough. The only thing missing is a stand, making flying poses tricky but sure our collectors will find a fix.

These should be hitting stores in June followed by the Thing. And thanks again to Luis for picking this up and sending all the way up to CT! 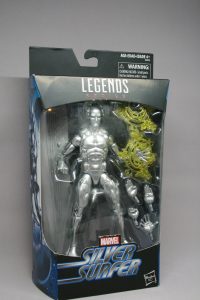 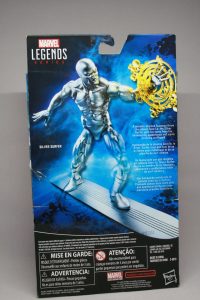 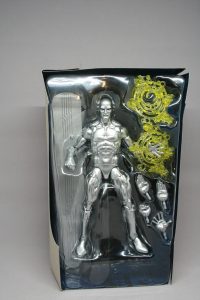 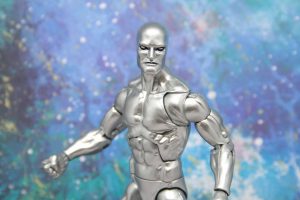 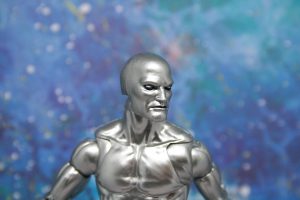 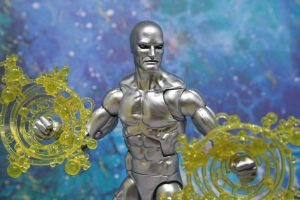 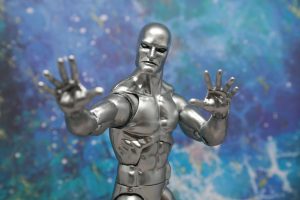 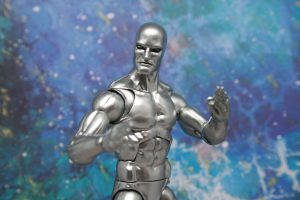 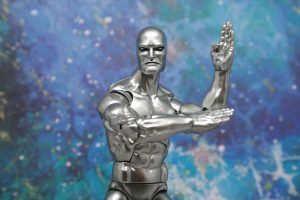 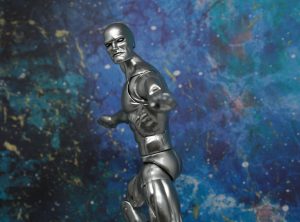 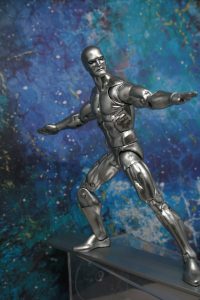 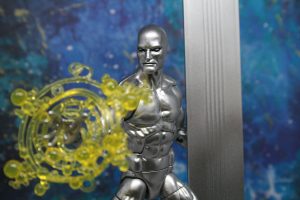 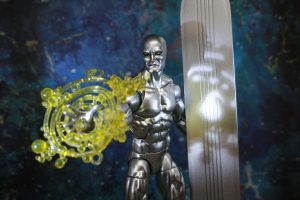 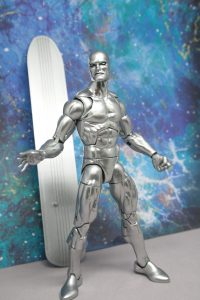 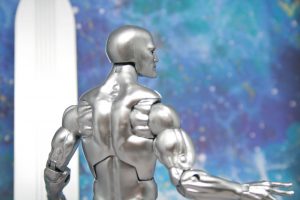 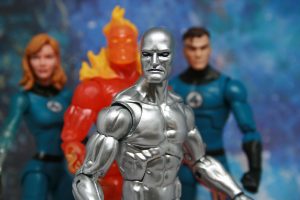