How To Survive A Comic Convention: The SDCC Edition 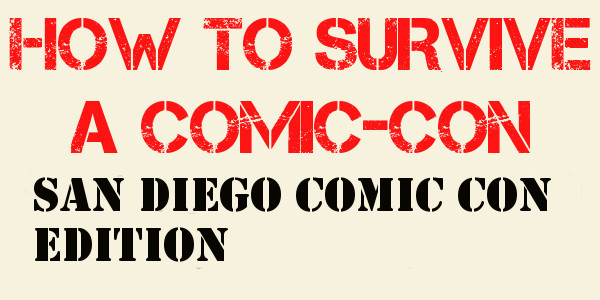 With San Diego Comic Con this week, as a public service, we at Kastor’s Korner would like to offer some generic survival tips to help you out and to get through this con a lot easier.

Now these are not mutually exclusive to San Diego Comic Con, but can be applied to any con.