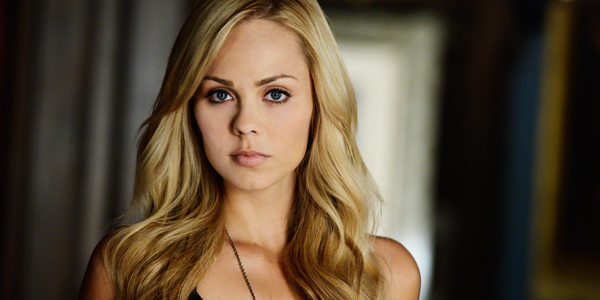 There is a new wolf on the block for the SyFy network in 2014. Bitten, based on Based on the New York Times best-selling Women of the Otherworld novels by Kelley Armstrong will add to the network’s line up in 2014.

There is no shortage of monsters and action on SyFy, and Bitten will add a new world for fans of shows like Being Human and Lost Girl to get hooked on next year. While the focus of the current shows is a look at the fantasy world as a whole, this new show will focus in on a specific corner of fantasy creatures, werewolves.

Here is the description from SyFy:

Desperate to escape both a world she never wanted to be part of and the man who turned her into a werewolf, Elena (Vandervoort) has abandoned her Pack and taken refuge in a new city. There, she works as a photographer and hides her werewolf existence from her new boyfriend. When bodies start turning up in her Pack’s backyard, Elena finds herself back at Stonehaven, the werewolves’ ancestral domain. Torn between two worlds and two loves, she quickly realizes that – when push comes to shove – she’ll stop at nothing to defend her Pack.