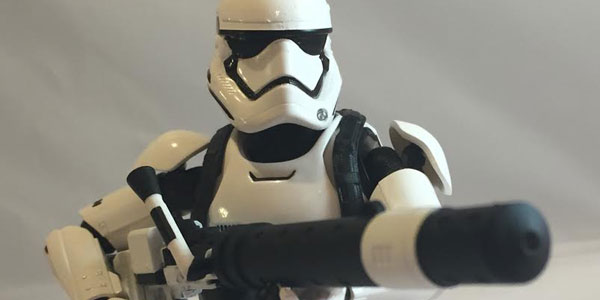 2016 has been a big year for Tamashii Nations Web Shop Exclusive announcements and releases. The Heavy Gunner First Order Trooper was announced in February of this year and pre-orders where strong. 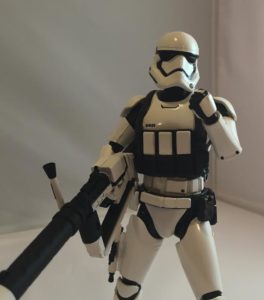 A web shop exclusive is only available to Japanese retailers and production on these are usually very limited due to the term exclusive. Not every Japanese site will have web shop exclusives and when you do pre-order you are set to pay a tad more than you would usually pay. With the Yen gaining strength against the Dollar web shop exclusives may become harder to obtain for the US markets.

At first you can argue that this is just a rehash of the First Order Trooper mold, but until you get the Heavy Gunner in hand you would be wrong on that assumption. The chest plate with the extra clips for the gun is molded and it does not stop the movement of the figure. They fixed the issue with the legs on to provide more range of movement around the pouches. Also they fixed the right leg so that the blaster can be clipped on like the Hasbro Black Series version.

Included in the package are two extra sets of hands, the big gun (that has a molded collapsed stand that can be removed to clip it to the extension), and the extended stand. The big gun is a tad bulky around the trigger making the holding of the gun a bit of a chore but once you got the figure posed it looked right. The extended stand with the gun on it added a bit of extra support for your figure to hold poses with having to use a S.H. Figuarts Act.4 Stand. 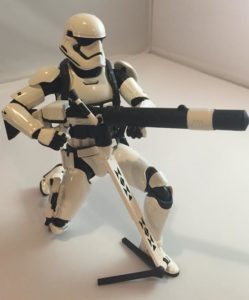 JQ gives this guy a 8.7/10 loved that the articulation was fixed up on the legs and the big gun is just too dang cool. 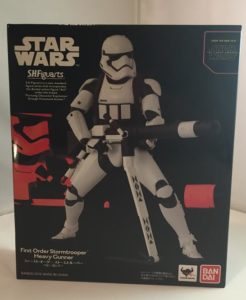 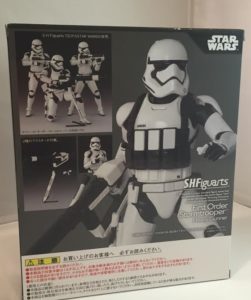 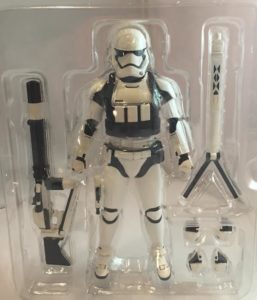 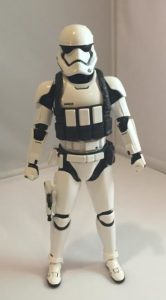 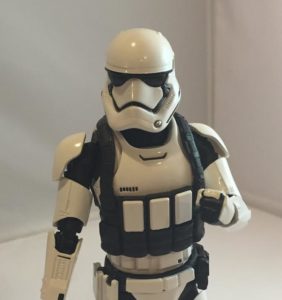 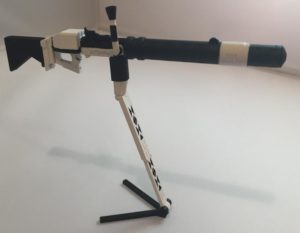 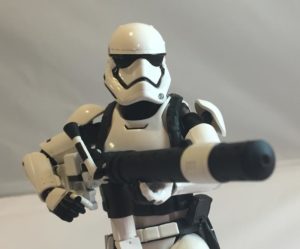 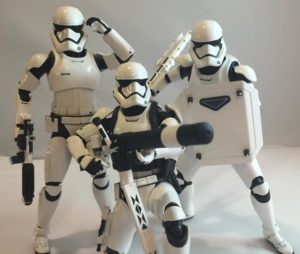