Tanto Cuore: Romantic Vacation is Good (Not So) Clean Fun 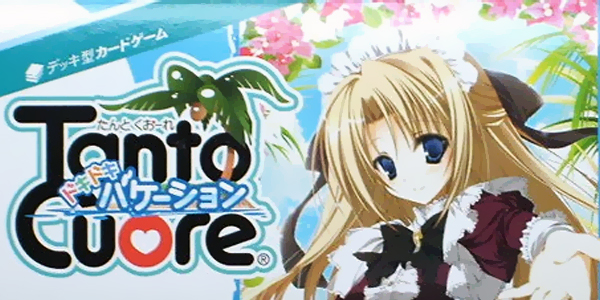 Romantic Vacation is the second stand-alone expansion to Arclight/Japanime Games’ excellent Tanto Cuore.  As players take turns employing and being served by scantily clad maids while on a beach getaway, the theme of Romantic Vacation remains questionable as ever, but it’s easy to overlook its inherent creepiness when the game plays so well.

A deck-building game similar to Dominion, the set up in Tanto Cuore involves a “town” full of employable maid cards laid out in a grid as well as different denominations of “Love” cards.  “Love” serves as the currency of the game and any maid may be purchased assuming you have enough “Love” in your hand to spend.  In addition to buying maid cards on each turn, players may also play any maids they’ve already drawn into their hand.  Normally you may only be served by one maid per turn but, in addition to whatever special ability the they offer, many maid offer chain effects that grant the player with additional servings to play more maids.  Furthermore, you may “chambermaid” certain maids, effectively assigning them to your private quarters and removing them from your deck for the remainder of the game in exchange for victory points.  As silly as all of this may sound, it’s actually one of the deeper, more brilliant takes on the deck-building genre.

Like the previous sets, Romantic Vacation retails for $50, which gets you just over 200 cards.  These are composed of cards worth Love in denominations of “1”, “2”, and “3”, eighteen general maid cards (ten of which will be used in any given game), two maid chiefs, and (in lieu of the prior sets’ private maids) sixteen “reminiscence” cards.  Reminiscence cards are displayed three at a time and replaced as they are obtained.  Players can only take these cards by discarding specific cards in their hand – for example, one reminiscence card may tell you that you will have to discard two maids with an employ cost of three and one with an employ cost of 4 in order to obtain it.  Once you meet this requirement, the card becomes yours and remains face up in front of you, granting victory points at the end of the game as well as a one-time bonus for obtaining it.  Basically, these cards are desirable and force players to purchase some weaker maids they may have otherwise avoided in order to meet the required goals.  It adds a new level of strategy to the game without bogging things down the way the “event” cards from the original did and offer more flavor and challenge than Expanding the House’s “building” cards.  Expectedly, the new expansion comes housed in a familiar box with sturdy cardboard dividers and is just large enough to hold all the cards it came with once they’re sleeved. 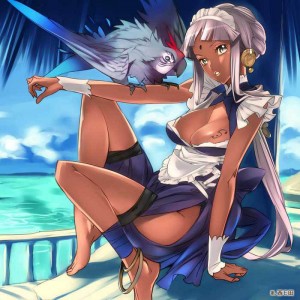 So let’s get into what Tanto Cuore fans will like about this set.  I’ve found that the chambermaid chief in Romantic Vacation, Beatrice, is the best of all three sets.  The chief from the original had an award mechanic of granting five victory points only if you had more copies of her card than any other player.  This caused players to count back through their decks at the end to confirm who had the most while also trying to count up the totals of all their other cards.  Then, in the second set, the chief was worth nothing – she simply took up place in your deck until you were able to chamber her.  Beatrice, however, occupies the perfect middle ground, offering two victory points each time she is chambered – otherwise, the card is worth zero.

Then you have the aforementioned reminiscence cards, which are easily the best addition to the game to date, offering players alternative ways to spend cards (including maids that don’t normally generate any victory points) for powerful bonuses.  The “building” deck from the second expansion simply led to players racing to build up their “Love” as all building were purchased with the standard currency.  The mechanic introduced here encourages more dynamic matches and sees a wider spread of maids potentially being utilized.  Played by itself, Romantic Vacation offers a more laid back experience as well, with far fewer “attack” cards than we’ve seen in previous sets.  The “illness” and “bad habit” cards from the original along with numerous cards from theExpanding the House expansion were made specifically to hamper your opponents’ progress, while this interaction is nearly absent from the new set.  I actually favor this shift as it seems to speed up the pace of the game but one thing I do miss is the inclusion of Private Maids, which are absent here.  Much like the reminiscence cards, only a small portion of the private maids are available at any given time and, when obtained, they sit in front of you rather than going into your discards.  The difference is that their special ability takes place each turn rather than just once, as long as that maid isn’t covered by another (only one private maid can be active for any one player). 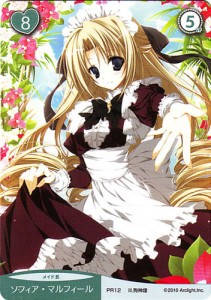 But that also leads to the fact that Tanto Cuore is best experienced when all three sets are mixed together.  Thanks to a fantastic online randomizer (located at http://nekomusume.net/tc/), players can easily select which sets they wish to pull from and what types of cards, if any, they want to exclude.  The control it gives over the way each game is set allows players to quickly tailor a game exactly the way they want, focusing on certain mechanics and the maid cards that work well with those mechanics.  It’s an invaluable resource and ensures that your favored cards work cohesively together.  Of course, you can always select randomly for a more chaotic experience.  Either way, when used in conjunction with one another, the Tanto Cuore sets offer a ton of variety, ensuring that no two games will really feel the same, thanks to endless combinations of maids to pull from.

Bottom line is though, if I had to choose only one set to buy, I would actually opt for this one over the first expansion and even the original box.  The lack of attack cards gives the game a bit more of a laid back feel while the new mechanics really go far in offering new ways to approach the game.  Even without the private maid cards, the general maid pool in Romantic Vacationpromotes a slew of interesting combinations and strategies to try out.  The island theme also gives way to some of the most humorously entertaining maid titles we’ve seen so far (such as dolphin caretaker maid, oceanics scholar maid, and of course mermaid).  Anime fans are sure to love the theme, while casual gamers will appreciate the quick-playing, simple design.