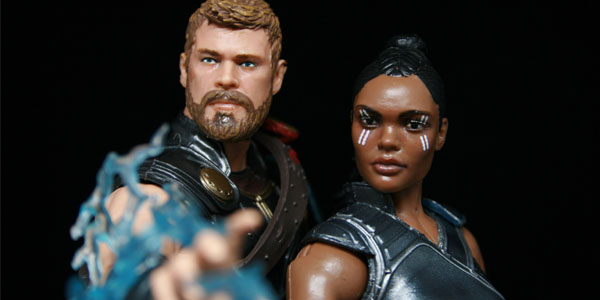 Thor put together a mighty team to take on Hela in Thor Ragnarok, and to complete the team you will have to take a trip to Target.

Valkyrie might be just what Thor needed to round out a stellar cast, and thanks to the Target 2 pack we get her in toy form. The main wave of Thor Ragnarok legends covers the majority of the big names in the film, but missing was Valkyrie. With Hasbro’s new formula of 3 movie figures to 3 comic figures, it does not leave much room for all the film looks. Thankfully the line is doing so well retailers are helping by carrying two packs to help round out the core cast. If only this was the case a few years ago we could have gotten a Ronin or Trevor, but enough dwelling in the past let’s take a look at this new two pack. 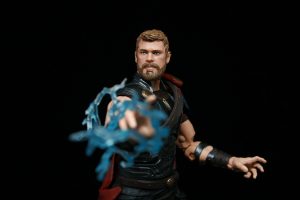 This Thor is slightly different from the single pack version, he is less armored. For most of the film Thor is not wearing his helmet, so this version is a better representation of the on screen look. The new face scan of Hemsworth is spot on, with little to no painting or detail issues, you can even see some of the cut marks from the film’s famous barber. The cape for some reason also fits better on this body, it could just be my figures, but it feels more snug than the single pack version. He comes with Heimdall’s sword, and is such a sore sport because a figure of Idris Elba would have just made this line perfect.

Valkyrie is also very close to her on screen look for most of the film. It is interesting that most of the figures in both the main wave and this pack only have the looks of the characters from early on in the film. I would have preferred a final form Thor or Valkyrie, but at least we got her. Her knives are molded into her costume, and her scabbard can’t attach to her costume, but that does not take away from the overall look of the figure. Again the face scan work on her sets this figure above any movie figure from the past, putting these new Marvel Legends on par with some of the import toys. 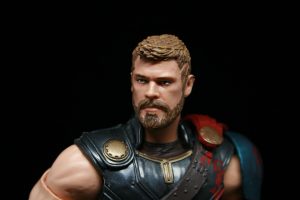 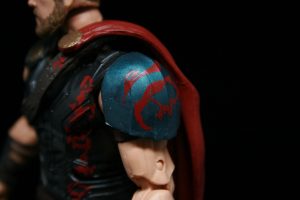 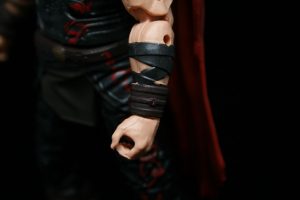 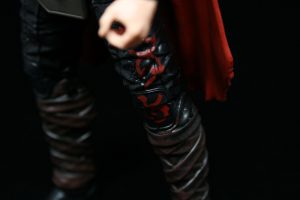 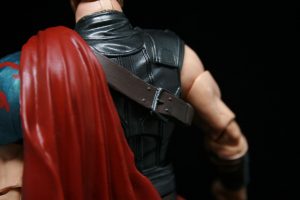 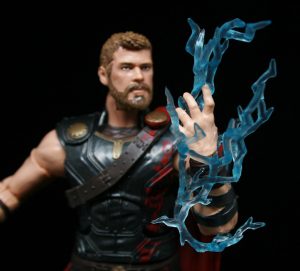 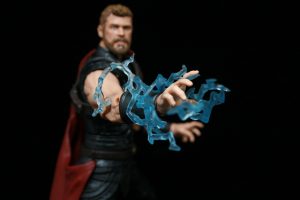 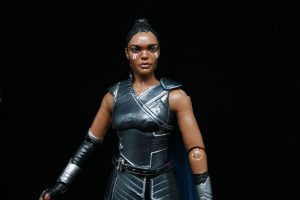 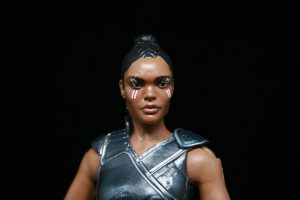 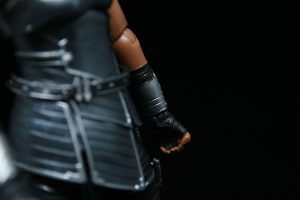 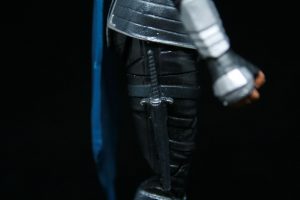 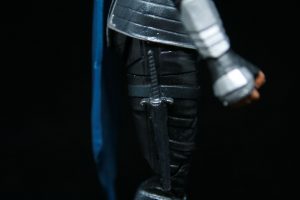 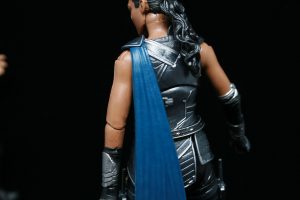 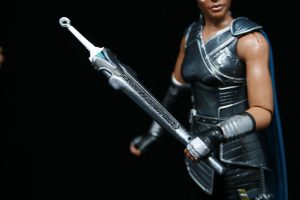 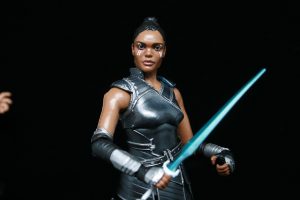 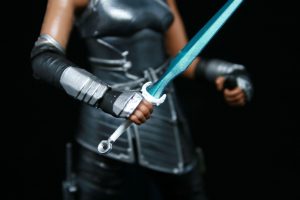 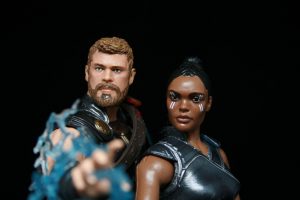 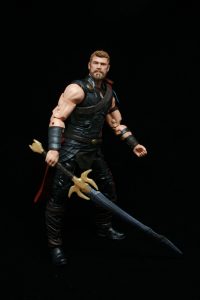 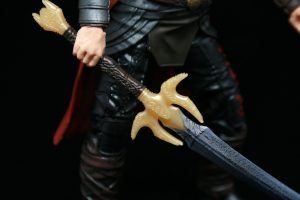