Teenage Mutant Ninja Turtles Mourn the Loss of a Brother 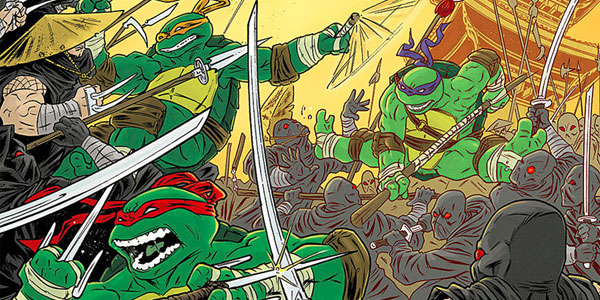 We have grown up since the `80’s with the four mutant brothers– Leonardo, Donatello, Michelangelo, and Raphael.  How do they (and we) react when the unthinkable happens?

Spoilers if you have not read issue #44 of Teenage Mutant Ninja Turtles.

In the latest issue of the ongoing Teenage Mutant Ninja Turtles book, one of the brothers fell in battle. In an effort to stop Krang from terraforming the Earth, Leo, Mikey, and Raph went toe to toe with the villain, while Donatello called the plays from the lair.  The Shredder enlisted Bebop and Rocksteady to kill Donnie if anything went wrong… and unfortunately it did.

Shredder had Karai order them to carry out the deed. Donatello fought hard with the help of Metalhead, but the killing blow was to the back of his shell by Rocksteady’s sledgehammer. You would think that maybe he survived, until the end splash page showing a bloodied Donatello in Splinter’s lap, with the crew in tears. Splinter’s last words on the page are, “My poor brave son.” 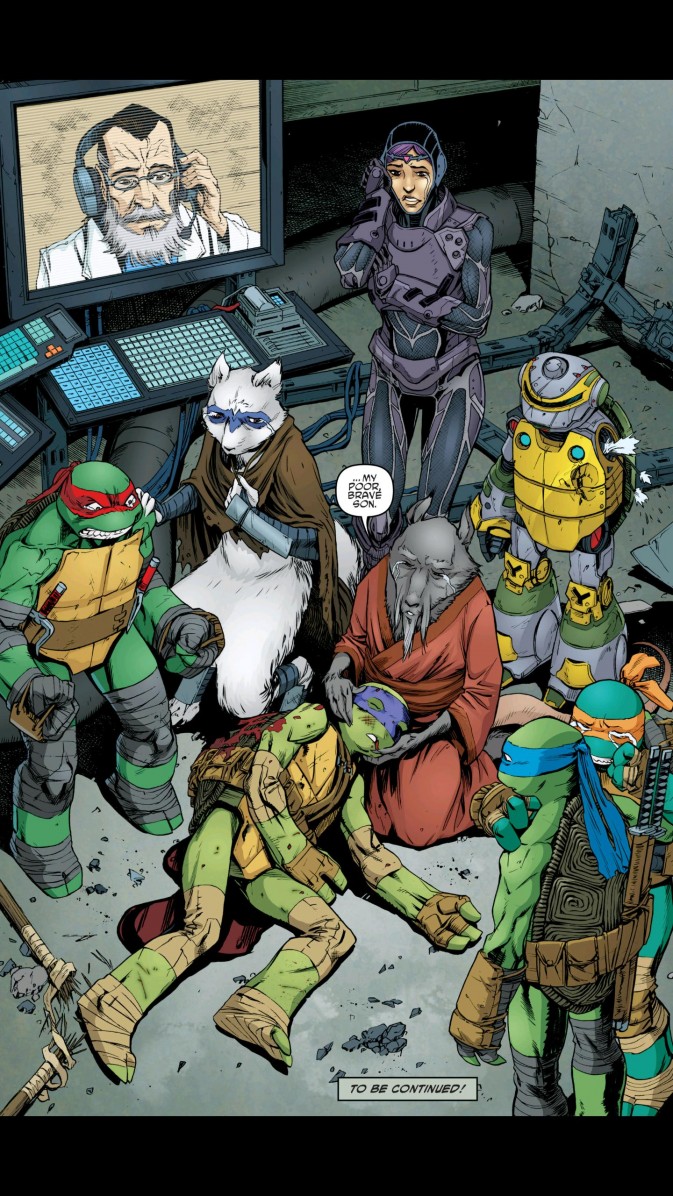 This death comes as a HUGE shock to me as a long time TMNT fan. This is also my daughter’s favorite turtle. This is a separate universe from the Nickelodeon series but it is still going to be talked about like we are doing so now. We know that in comic book lore that no one stays dead forever, so let’s hope that Donnie comes back in some way shape or form.

Until then, RIP Donatello.