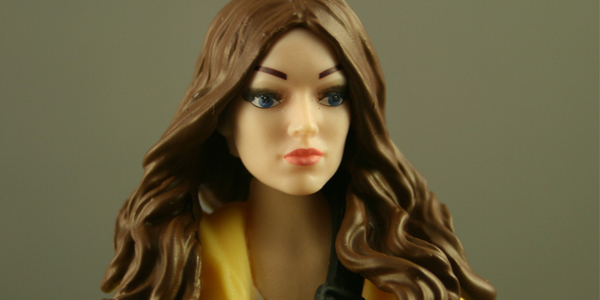 Playmates has just released their action figure series from the new Michael Bay-produced Teenage Mutant Ninja Turtles movie, which deliver all four of the heroes on the half shell, along with five other supporting figures.  Megan Fox plays April O’Neil in the new movie, and she gets a pretty good new figure from Playmates.

Literally nothing about Megan Fox reads April O’Neil to me.  I think it’s pretty awful casting, and this comes not even from a Megan Fox hater– she’s just not the right fit for a plucky reporter-turned-mutant turtle friend.  But what’s done is done, so we’ll move on.

Playmates’ new April action figure is another very nice entry in this collection, and they make the most out of the new Fox design, with a decent likeness to the actress and a great nod to April’s vintage look thanks to her yellow jacket.  The rest of the sculpt is also quite well done, with a great sense of proportion and scale with her reptilian friends. 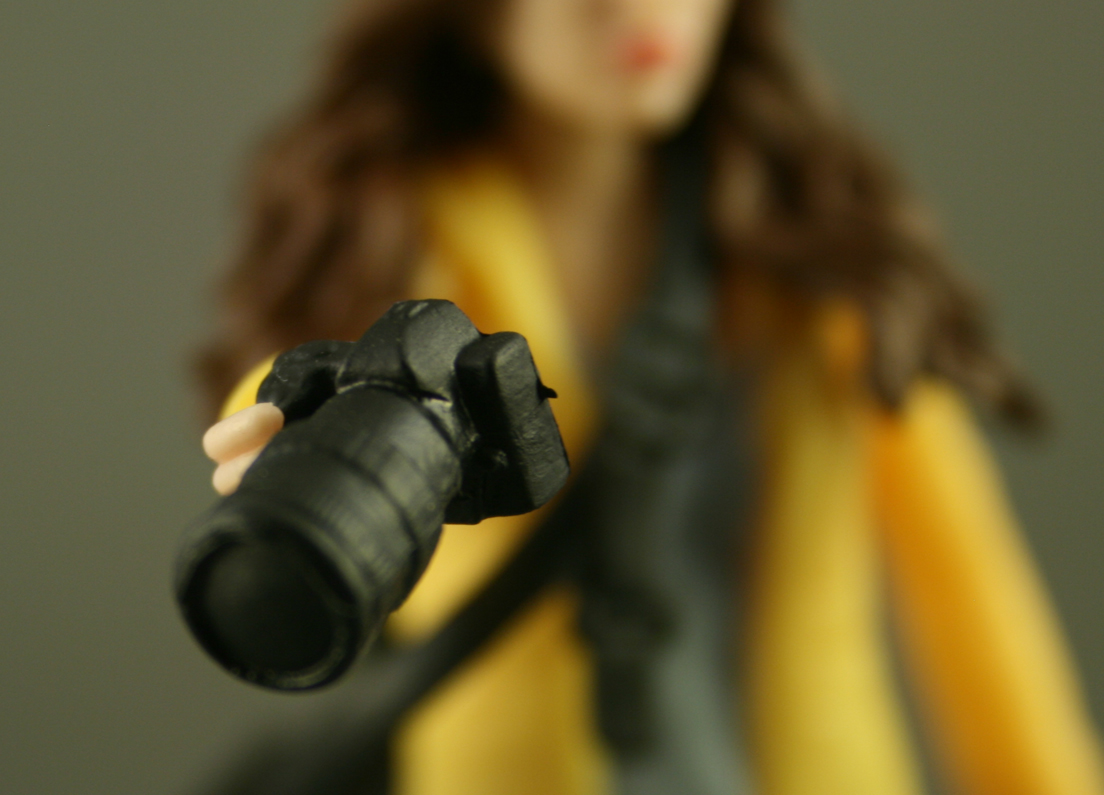 April includes her camera, as well as a pair of sais and a camera bag with a strap that slings over her shoulder.  It’s a goodly amount of gear, and everything but the sai fits well on the figure.  The weapons are identical to the ones Raphael uses, and their handles are very wide for the more petite Ms. O’Neil to handle.

The April figure is about on par with Splinter among the least articulated figures in this line.  She gets a cut neck joint, ball shoulders and hips, swivel wrists and that’s about it.  I’m not sure how much of an action role April will play in this TMNT adaptation, but her figure would suggest she won’t get super physical.  While I’d love to have seen more joints included– elbows and knees would have been great– the limited articulation ensures the sculpt does not get interrupted.

The big fear I have with less articulated Playmates toys is their tendency to pre-pose them, but thankfully April gets a fairly neutral stance, which makes her feel more like a toy and less like a statue, despite her lack of moving parts.  The other benefit of this is the figure maintains a good sense of balance and can stand remarkably well even with her thin legs and heeled boots.

It’s sort of a bummer to get an April with this many articulation limits, but the overall design is strong and the sculpt by Playmates’ team looks great.  While she isn’t the best of the new movie TMNT toys, April is a core character to the Turtles’ mythos, and I’m totally happy to see her included in this first wave of figures. 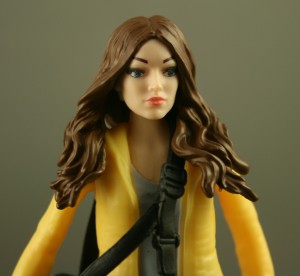 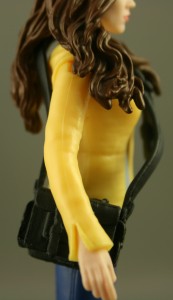 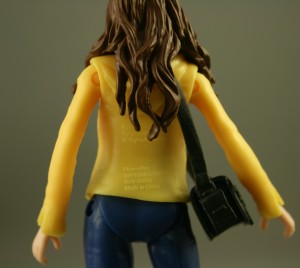 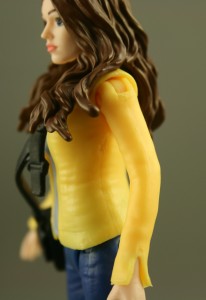 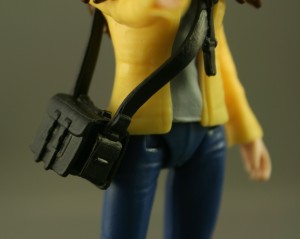 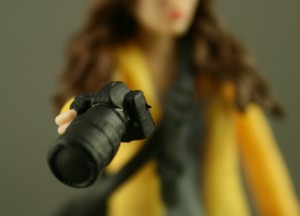 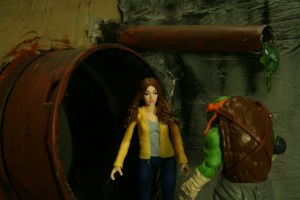