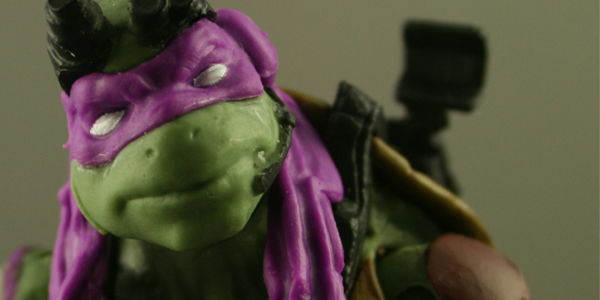 The smartest Turtle gets a hi-tech update in Playmates’ movie TMNT collection.

Playmates has just released their action figure series from the new Michael Bay-produced Teenage Mutant Ninja Turtles movie, which deliver all four of the heroes on the half shell, along with five other supporting figures.  Resident tech expert Donatello is the next figure we take a look at.

Donatello, as seen in the upcoming Teenage Mutant Ninja Turtles movie, is one of the more extreme departures, stylistically.  As the “smart” brother, Don has been rendered a little tall and really skinny.  This is cool in that it varies up the look of the brothers– and allows Playmates sculptors to flex their muscles with more all new and totally unique character designs– but I think it goes too far.  Compared to Raph, Don’s limbs are literally about half the size.

While Don’s movie redesign isn’t my favorite, the more tech-based look does make sense for his character.  The Turtle sports a pair of DIY goggles on his head, as well as a backpack strapped over his shell.  I have no idea what this bit of tech does, exactly, but it looks kind of cool.  The figure sculpt is highly detailed and I very much like how these cobbled-together machinery parts balance well with Don’s scaly skin and shell pattern. 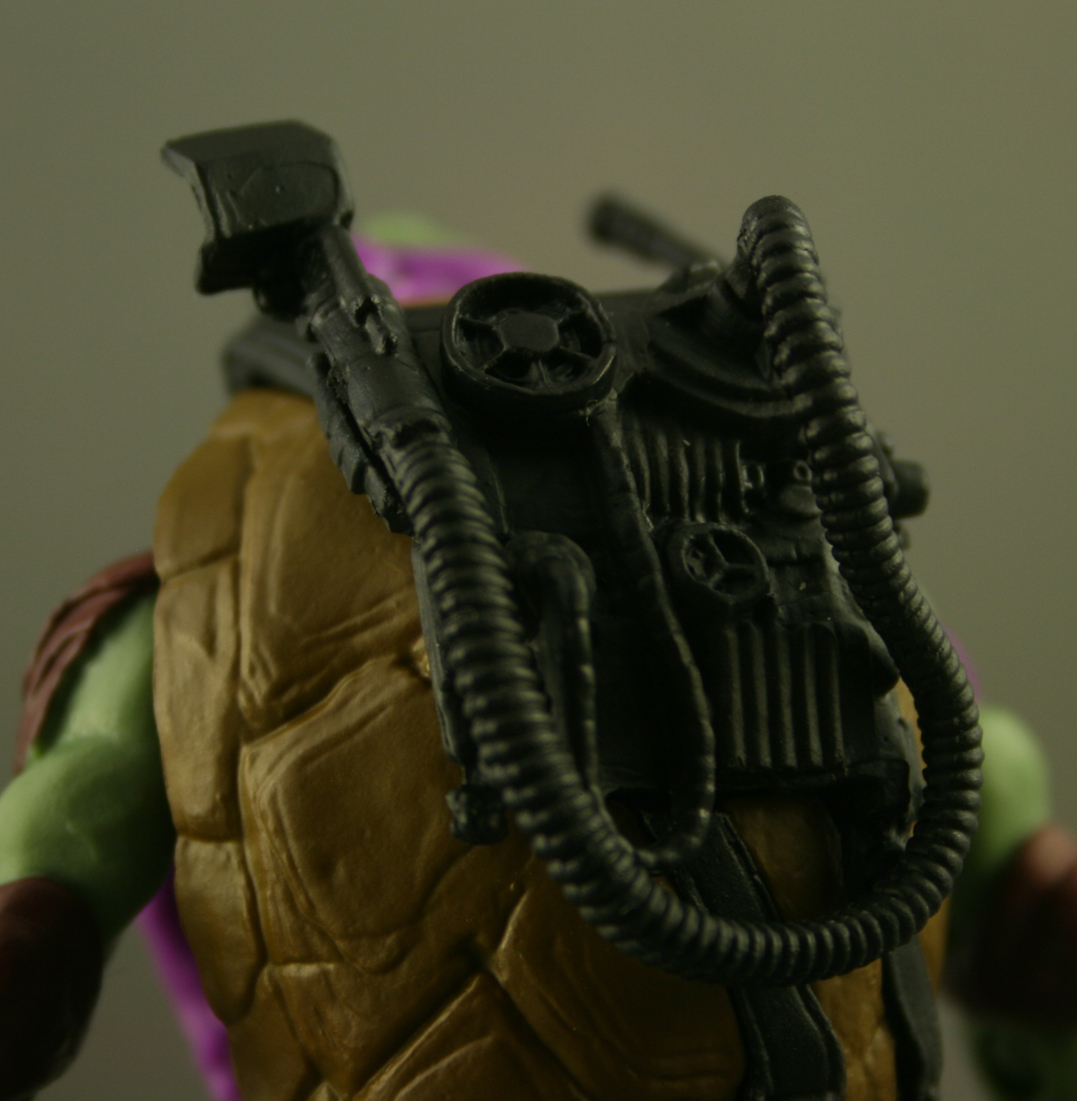 Like the other brothers, Don features a solid articulation pattern, with a ball neck, shoulders and hips and half-ball elbows and knees.  He can pose well with or without his bo staff (which seems to telescope in the movie?)… although the inclusion of wrist swivels would let him hold the weapon much better.

Don was always one of my favorite characters, so I’m disappointed to see him kind of get the short end of the stick when it comes to character designs in the new movie.  That being said, Playmates nailed it with his new action figure, who makes the best of a crummy design thanks to a wonderfully detailed sculpt that shows off the balance between the hi-tech and organic nature of this hero. 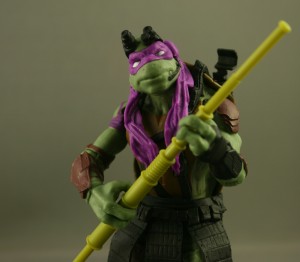 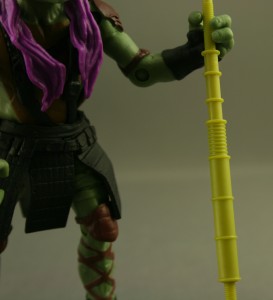 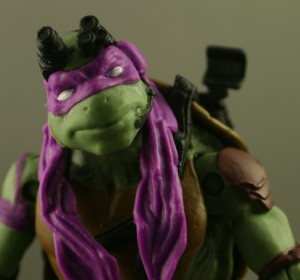 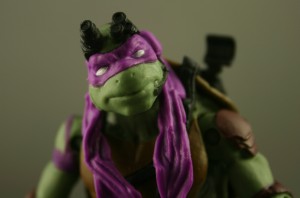 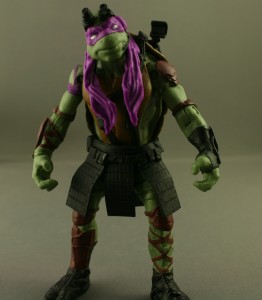 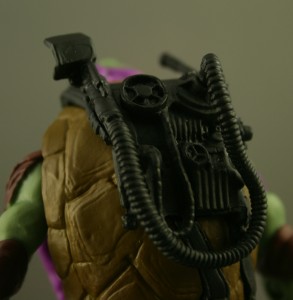 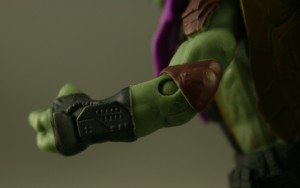 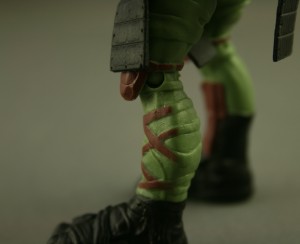 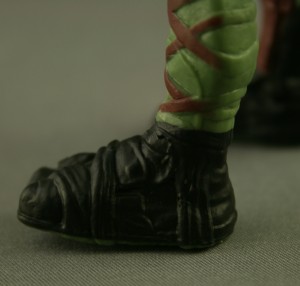 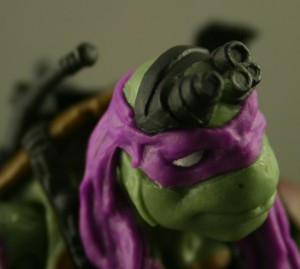 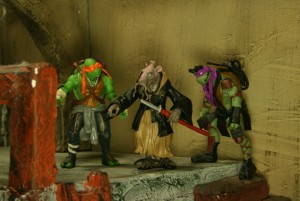