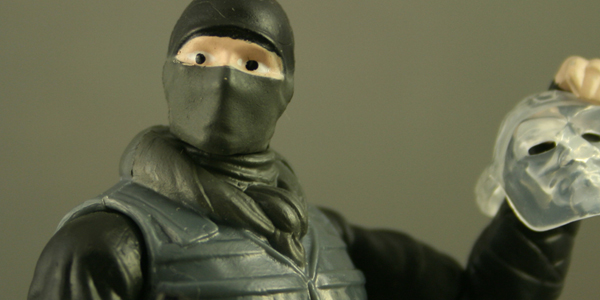 The Foot Clan gets a paramilitary makeover in the new movie TMNT toy line.

Playmates has just released their action figure series from the new Michael Bay-produced Teenage Mutant Ninja Turtles movie, which deliver all four of the heroes on the half shell, along with five other supporting figures.  Shredder isn’t the only enemy for the Ninja Turtles to face– he’s joined by the new Foot Clan warriors.

While Shredder and the Turtles’ designs have been busied up but still reminiscent of their classic looks, the new Foot Ninjas are a radical departure.  Ignoring their ninja background, this generic troop builder sports a much more military look, which I guess will play into the Shredder’s new origin in the movie.

I’m kind of disappointed in this change; army-ish bad guys feel so much more generic and dull to me than freaking ninjas… but the Foot Soldier from Playmates still makes for a pretty cool toy.  The sculpt is, once more, all new and packed with detail, from the folds of his cargo pants to his flak vest. He looks good as a generic bad guy, but nothing about this figure or his muted black and grey color scheme screams Foot Clan to me. 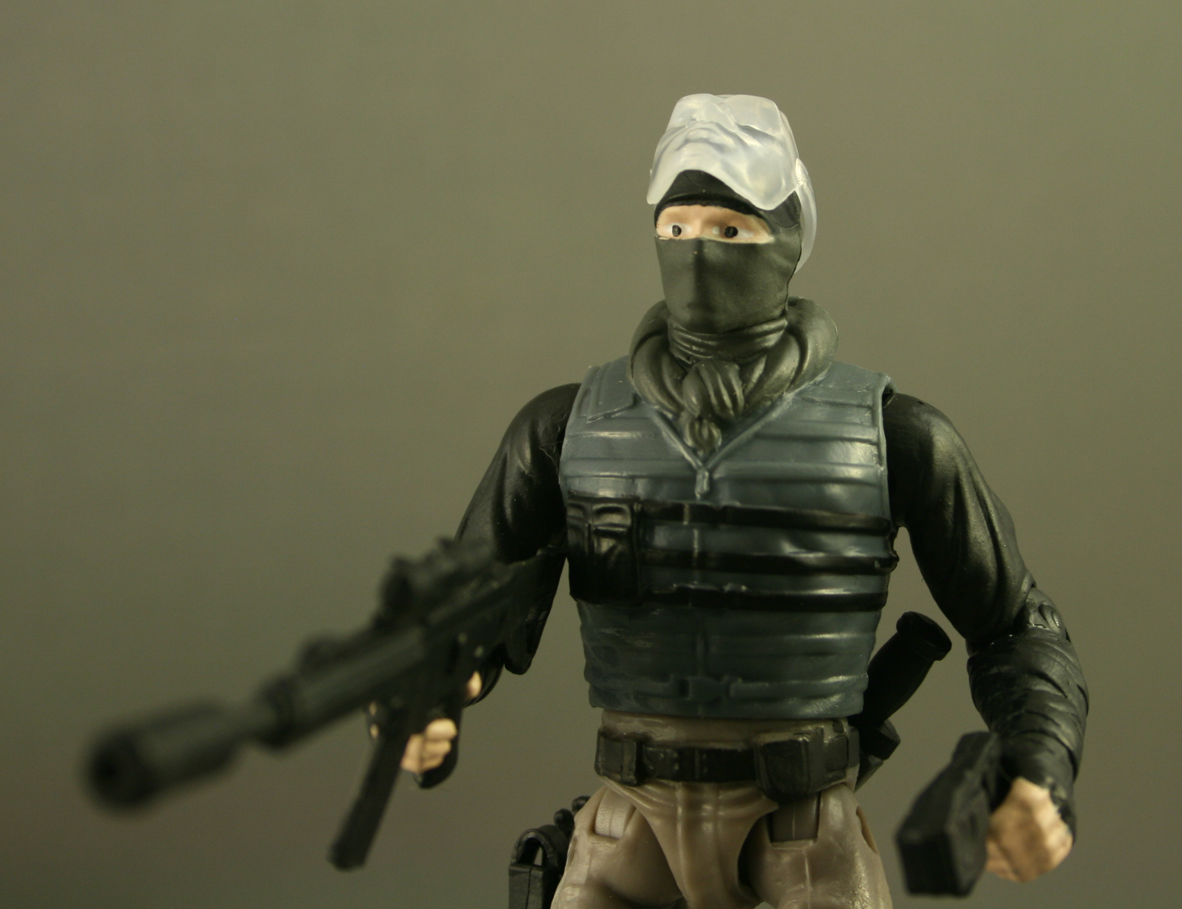 Like the other human figures, the Foot Ninja is loaded with articulation– he gets a cut neck, ball shoulders and hips, swivel waist and wrists, and hinged elbows, knees and ankles.  This allows for lots of posing options, although the setup of the hip joints limits his lower body range to some degree.

The Foot Ninja does include quite a few accessories, which add to his value– he’s packed with a knife that fits into a sheath on his back, a rifle, a pistol and a clear mask which fits over his face.  I’m guessing this is part of their on-screen costume, but I’m not sure.  It fits well and varies up his look, while also covering his eyes, which are painted in a way that makes this soldier look far more surprised than menacing.

Overall, I think the interest in the Foot Ninja will depend largely on how they are in the movie.  He’s a good looking figure, and makes for a nice generic bad guy, but he’s so generic, he loses the specific charm of the Foot Clan in past incarnations.  Maybe this will change after the movie comes out, but I’m not sure how appealing army building this guy will be until then. 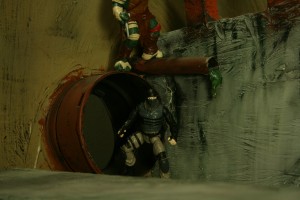 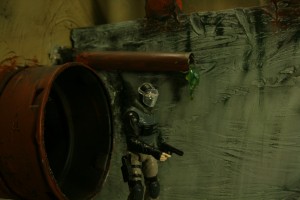 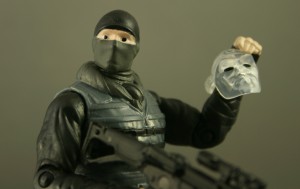 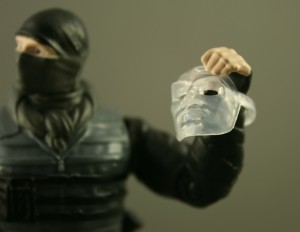 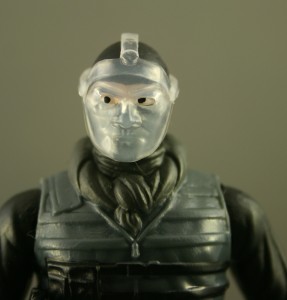 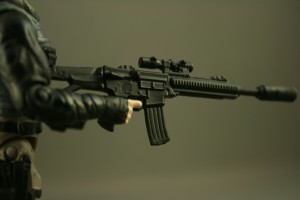 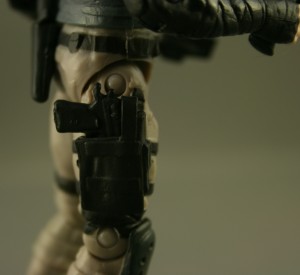 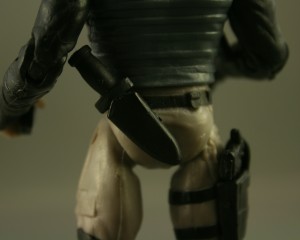 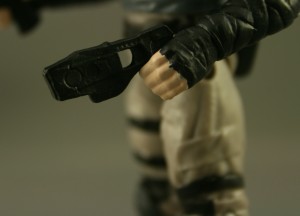 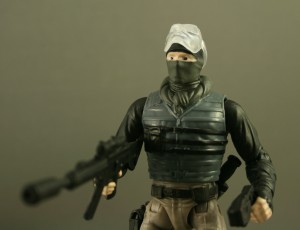 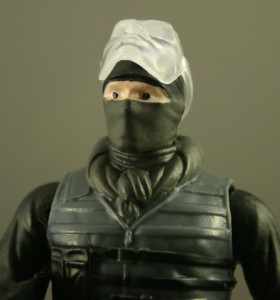