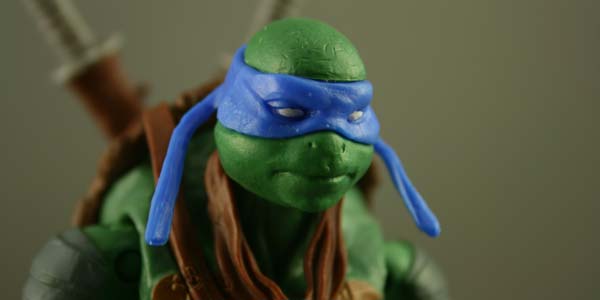 Playmates has just released their action figure series from the new Michael Bay-produced Teenage Mutant Ninja Turtles movie, which deliver all four of the heroes on the half shell, along with five other supporting figures.  We’re kicking off a week-long review of the new collection with my favorite Turtle, Leonardo.

Leonardo has always been my go-to Turtle.  To some people, the disciplined leader of the brothers may seem dull or overly generic, but I always liked that, more than the other three, Leo kind of looked and acted like a ninja.  I have no idea if that same character will be on display when the new Leonardo hits the big screen in this summer’s Ninja Turtles movie, but his new action figure is pretty cool regardless.

Leo, like his fellow Turtles, stands about 5″ tall, and features a very nice, highly detailed sculpt and a considerable amount of articulation.  The move Turtles each feature a ball joint neck, ball shoulders and hips, and half-ball elbows and knees.  While wrists and ankle cuts could have opened up more posing opportunities, this is a good amount of articulation which works well without interrupting the figure’s sculpt. 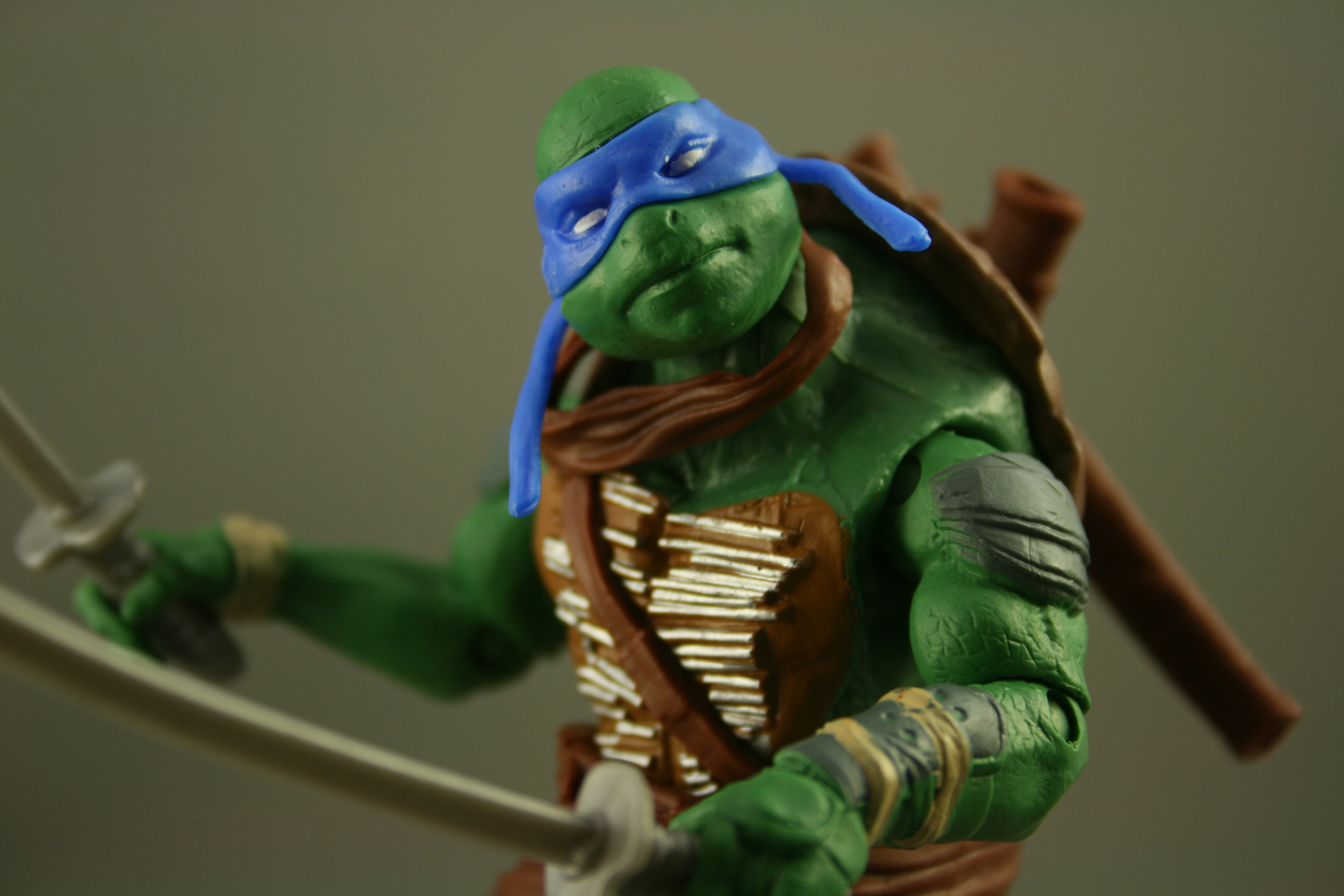 As for the sculpt… here’s the thing: I really don’t like the new movie designs.  I think they’re overly stylized and way too busy, cut from the same cloth as Michael Bay’s movie Transformers.  That being said, Playmates’ sculptors did a wonderful job in realizing these new looks, with every small detail and nuance of Leo’s costume captured well in plastic.

Of all the new Turtle designs, I find Leo to be one of the more logical– he’s always had a sort of honorable, samurai attitude, and this design exemplifies that with his makeshift armored chest plate and shoulder pads.  It actually does read true to the character, and I think this design works way, way better as an action figure than as a movie design.  In fact, the figure reminds me of the vintage Sewer Samurai Leo figure, one of my all time favorites from the original TMNT line.

Leonardo includes his twin katana swords and a removable sheath which plugs into his back.  He holds the swords well, and while some other little ninja accessories would have been a welcome addition, the swords are really all he needs.

I like that the new TMNT figures are in scale with the Nickelodeon cartoon figures, and that they maintain a good sense of scale between one another.  I also love that Playmates has kept the same $9 price tag on these new movie figures; while the designs may not be everyone’s cup of tea (myself included), there’s no denying a figure like Leonardo is well made, well designed and a great value. 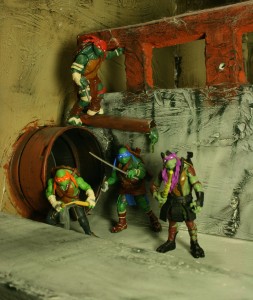 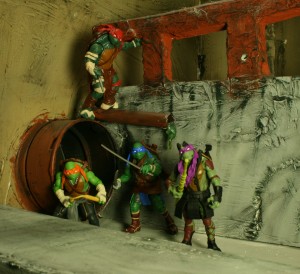 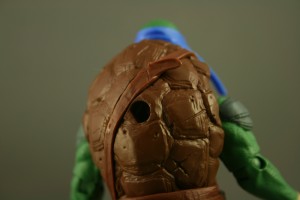 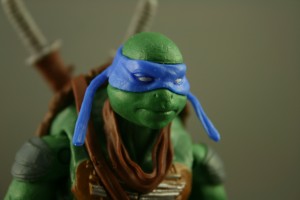 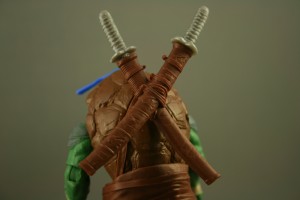 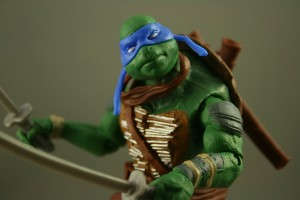 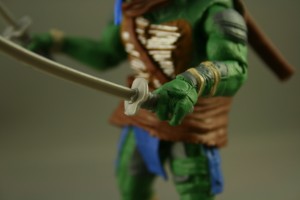 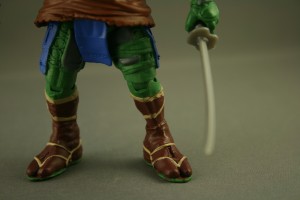 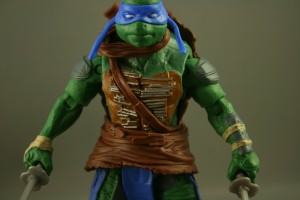 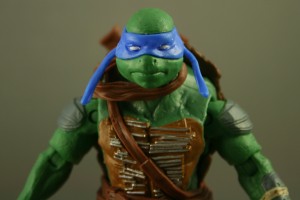