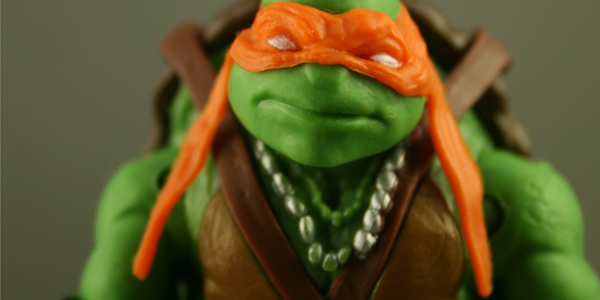 Playmates has just released their action figure series from the new Michael Bay-produced Teenage Mutant Ninja Turtles movie, which deliver all four of the heroes on the half shell, along with five other supporting figures.  Next in line is Michelangelo, the surfer dude who gets the most extreme movie makeover of the bunch.

In the 80s cartoon, Michelangelo had a surfer affectation, and I can only imagine Michael Bay and the new Ninja Turtles movie makers opted to focus on that trait with their new design of the youngest brother, with his wetsuit and beaded necklaces.  Mikey is definitely the most over-designed of the foursome in this respect, and while I don’t think it rings true to the character, his new action figure does a great job of translating the look into plastic.

The all new sculpt is packed with detail– each necklace and wrist and ankle band is well sculpted, adding some texture to the figure and leaving him looking decidedly unique among his fellow Turtles.  Mikey’s head and body are shaped differently than the others– making him look smaller although not necessarily younger– and these proportions are very well rendered in toy form. 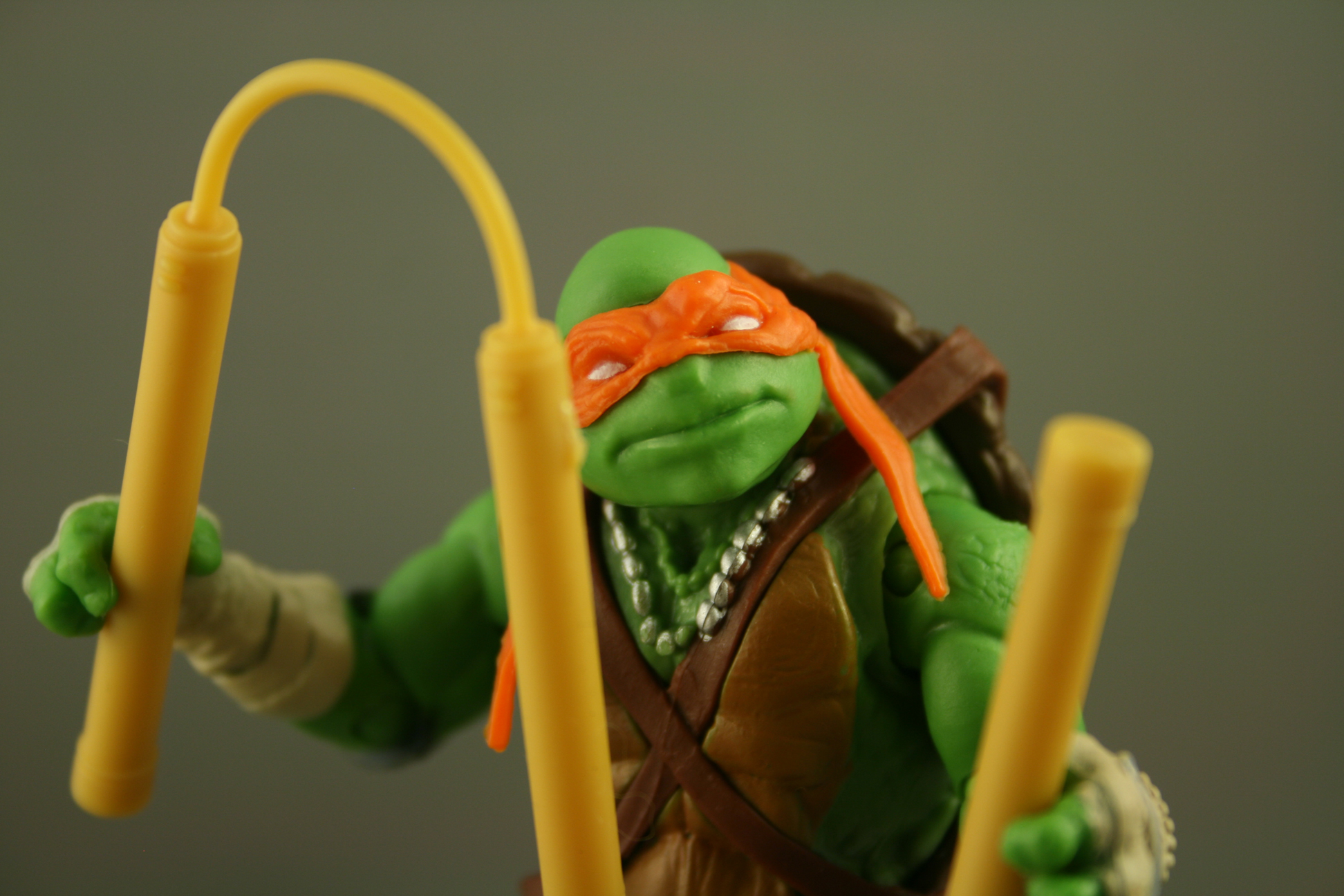 The figure gets some solid paint apps, down to the piping on his wetsuit bottoms and shoe laces, but strangely some paint is missing entirely.  The Mikey figure does not feature the tribal tattoo on his shoulder as seen in the posters and trailers (I won’t complain about that silly omission though), and like his fellow Turtles he does not feature pupils.  I typically prefer my Turtles with solid white eyes, and I think I feel the same way about the movie designs, so again– I think this lack of paint works in the figures’ favor.

Mikey includes his classic nunchuks, as well as a three-handled version, as he can hold them well thanks to his solid articulation pattern, including a ball head shoulders and hips and half-ball elbows and knees.  Like Donatello, this Michelangelo character design doesn’t do much for me, but he looks much better when assembled with the rest of the Turtle team, who strike a very nice look when they’re together.

I love the variety among the Turtles’ physical looks– their vastly different body types and facial structures add a welcome realism to these usually uniform characters, and while I’m not a fan of the overdesigned stuff adorning most of the characters, the new movie designs universally look way better on Playmates toys than they do the big screen.  At less than ten bucks a figure, they’re a great value, and regardless of how the movie turns out, they make for an interesting and visually distinct new interpretation on these classic characters. 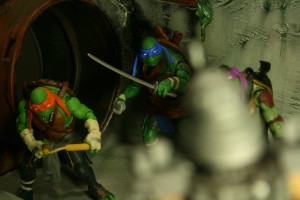 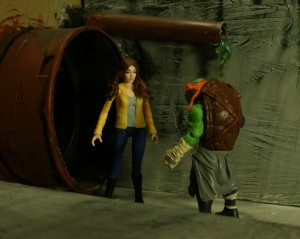 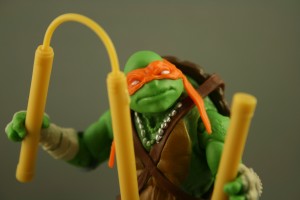 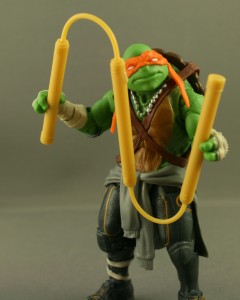 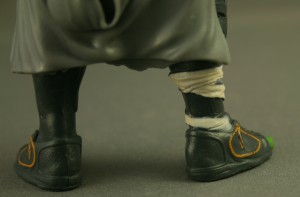 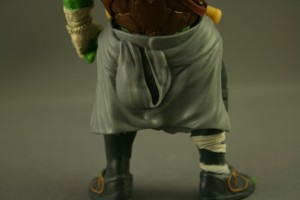 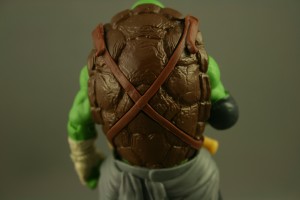 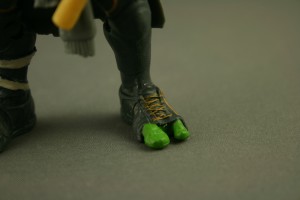 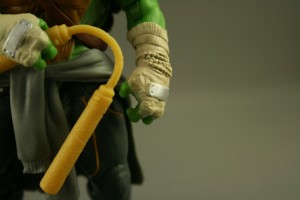 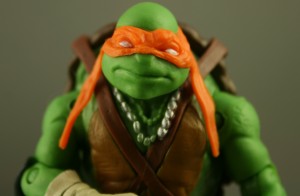 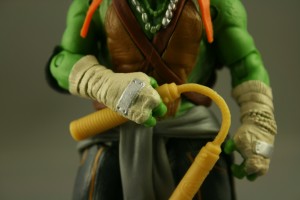