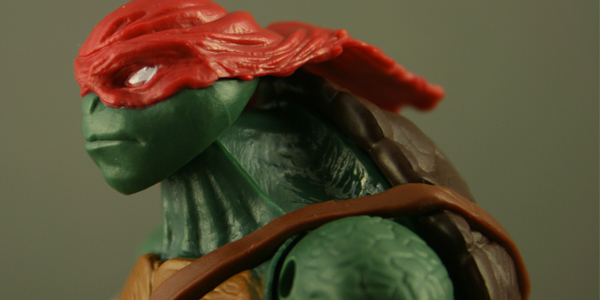 Playmates has just released their action figure series from the new Michael Bay-produced Teenage Mutant Ninja Turtles movie, which deliver all four of the heroes on the half shell, along with five other supporting figures.  Next up on our week-long review of the new collection is Raphael.

When I first saw the new movie design for Raphael, I almost laughed out loud.  It was the do rag in lieu of his mask, which seemed like something the filmmakers thought would be incredibly “cool,” and no one had the guts to tell them otherwise.  Yea, I still have that do rag, but Playmates’ new Raph figure is fantastic regardless of some unfortunate fashion choices.

What makes this figure work for me is his mass.  Over several iterations of TMNT lore Raphael has slowly evolved to become the biggest, burliest member of the team, and the move design ups this again.  That stocky build works well for this movie design, while still allowing Raphael a great range of motion with his articulation, including a ball neck, shoulders and hips and half-ball elbows and knees. 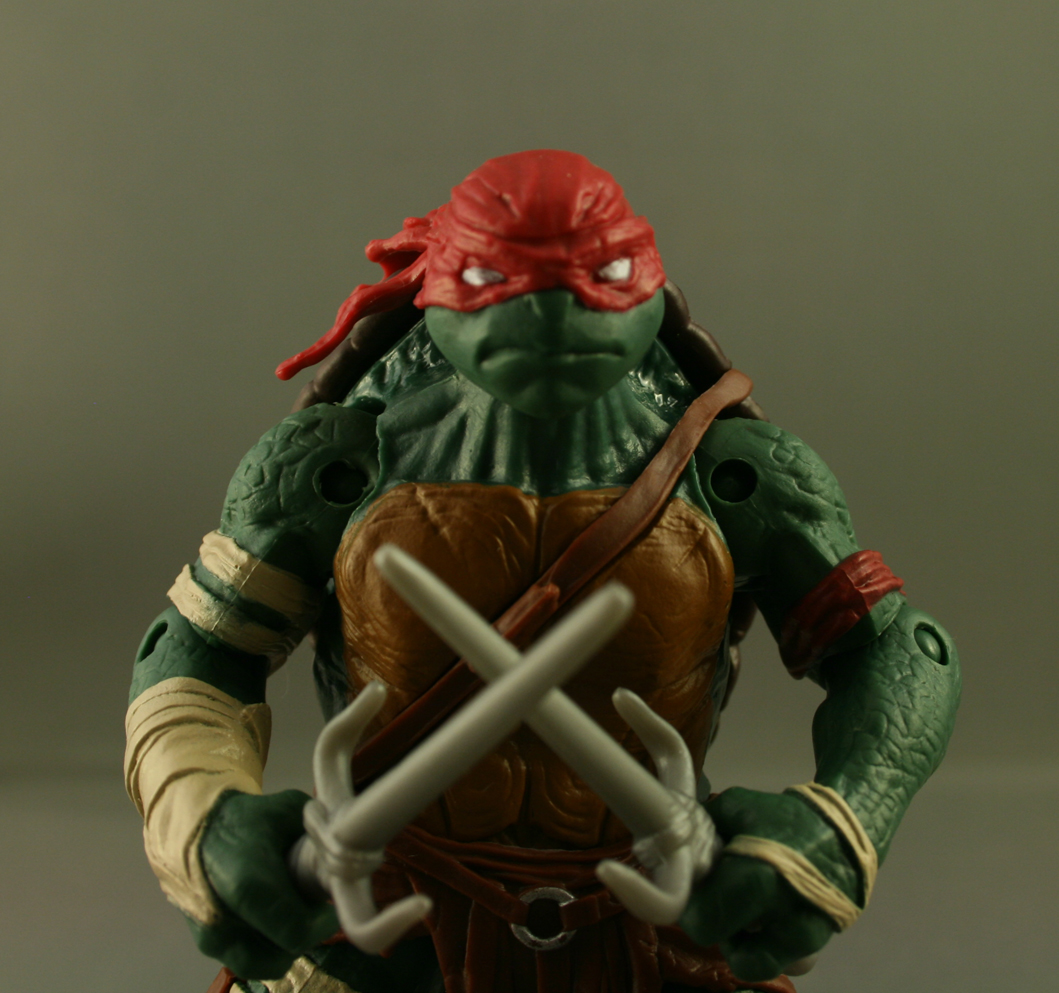 At least in regards to overall shape and size, I think Raph is the closest to what I hoped to see from the new movie designs of the brothers, and Playmates’ sculpt captures an impressive amount of detail considering the somewhat small 5″ scale.

From his scaly skin to the reptilian markings on his shell, Raph offers a vibrant and very textured design, even ignoring the costuming bits placed on him.  He comes packing his twin sai weapons, which he can hold quite well, even if his busy costume doesn’t afford him a place to store them.

I’m still not a fan, but I have to admit Playmates’ toys have allowed me to appreciate the new movie designs a bit more.  Yes, they’re still way over designed, but I like that each of the four Turtles is a completely unique sculpt, with drastically different body sizes and even very different faces.  It’s the first time each Turtle has looked this unique, and that’s kind of cool.  If they had been more uniform, I think Raphael would be the best overall representation of the Turtles we know– he makes for a good looking figure that is tons of fun to play with. 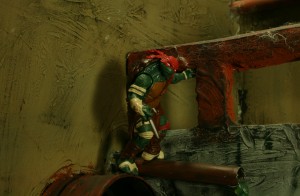 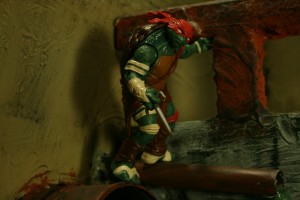 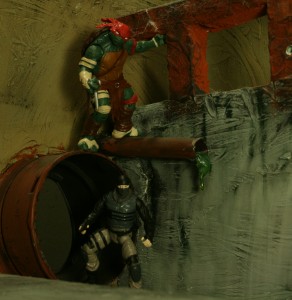 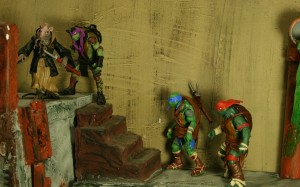 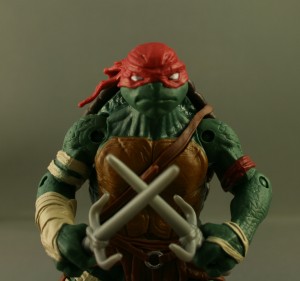 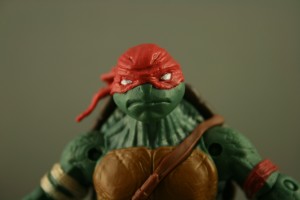 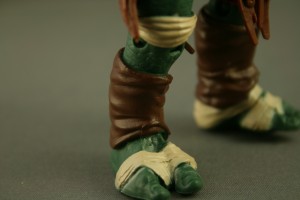 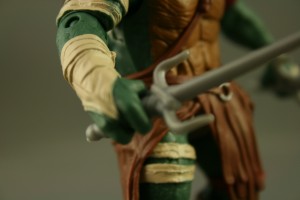 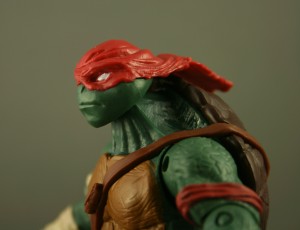 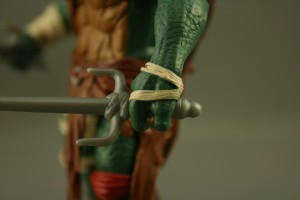 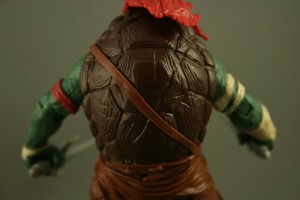