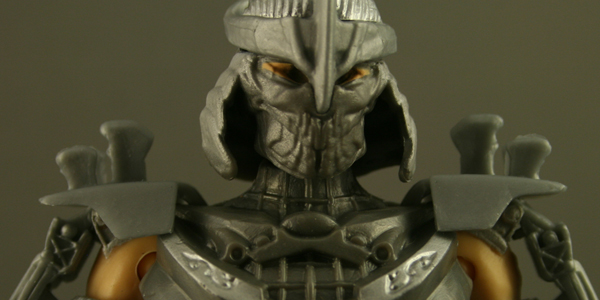 The Shredder makes for a fun toy in Playmates’ new TMNT movie series.

Playmates has just released their action figure series from the new Michael Bay-produced Teenage Mutant Ninja Turtles movie, which deliver all four of the heroes on the half shell, along with five other supporting figures.  You can’t have a new Ninja Turtles movie without The Shredder, and Playmates delivers an interesting new version of the bad guy.

I think the new movie design of Shredder perfectly encapsulates why I don’t like this movie style– While the Foot Clan leader’s basic look is very much still there, the details get so absurdly over the top that he ends up feeling like overkill.  Shredder has blades on his armor, so… let’s give him like a million blades!

The result is something that looks silly, but also kind of generic, thanks to his solid silver costume coloring and Transformers-like robotic armor.  Before I got the Playmates Shredder action figure, I really didn’t care for this look.  But like many of the other new movie designs, this is something that works much better as a toy than as a live action cinematic character. 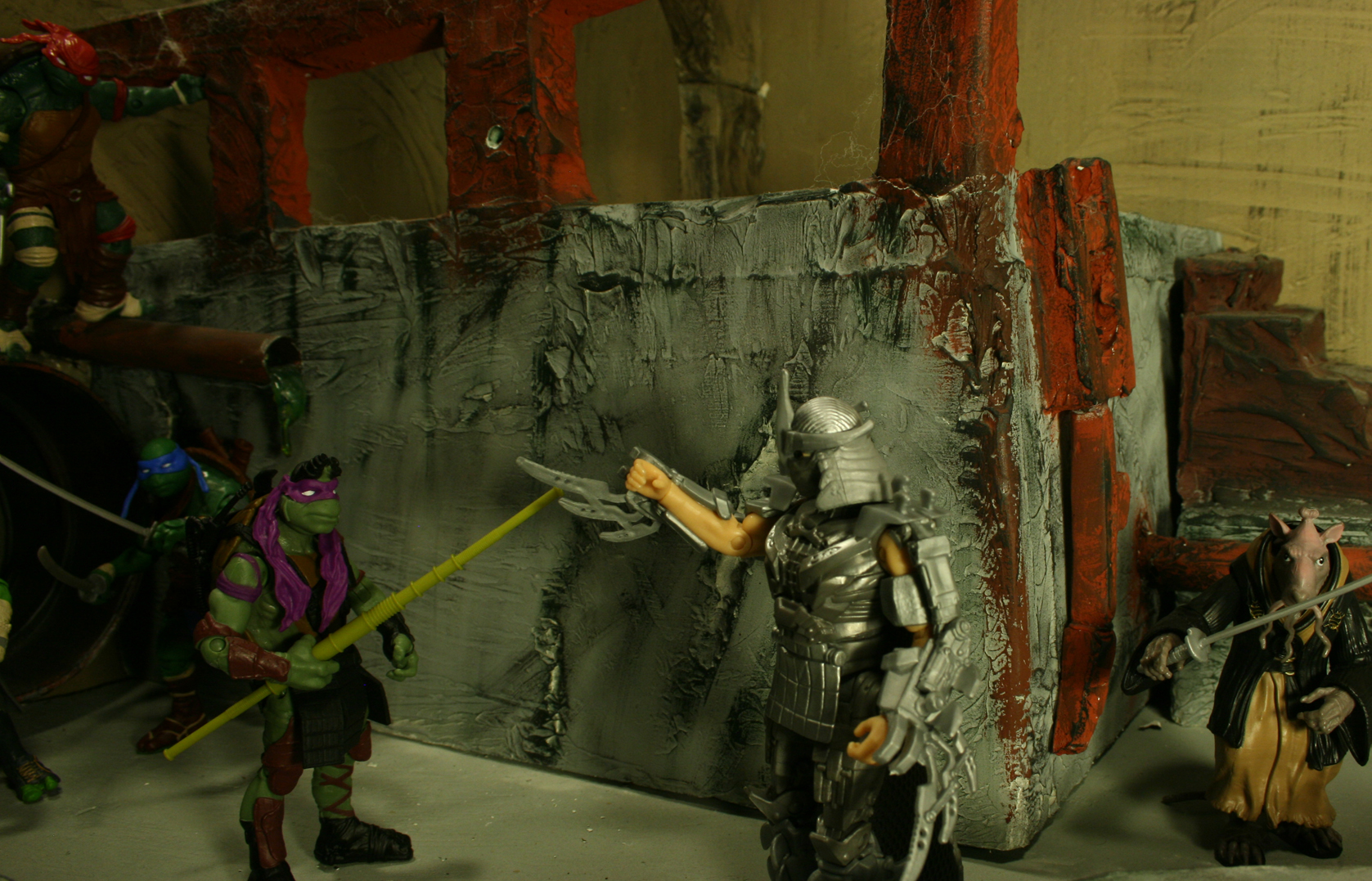 Playmates’ designers did a great job with the detail on this sculpt, and Shredder’s countless blades and edges are very well rendered.  I still think he looks kind of generic, in that same way as Michael Bay’s Decepticons always did, but he strikes a cool silhouette that is very recognizable as the classic villain.

I’m very impressed with the cool engineering on Shredder’s arms– his armor actually kind of seems like an exoskeleton, and he has jointed armor on both arms which pose in tandem with his elbow hinges, and serve to connect his shoulder pads to his forearm weapons.  In addition to this, Shredder features a swivel neck and waist, ball shoulders and hips, hinged knees and ankles and swivel wrists.  It works well, and the figure can manage lots of cool posing options despite the bulky armor, which doesn’t limit his poseability nearly as much as I imagined it would.

Shredder doesn’t include a weapon,per se (I’m guessing his over the top armor IS his weapon), but he does feature a razor-lined cape which is removable.  It plugs into his back via two holes and stays in place very well.  The cape is kind of optional, but I think it really completes the look of this figure.

Playmates sort of did the impossible by selling me on this new Shredder.  I still think he’s over designed and quite silly… but when has The Shredder NOT been silly?  And while the jury is out on how this design will work in the context of the movie, what we get right now is a fun and actually neat looking version of the villain in Playmates’ new toy line. 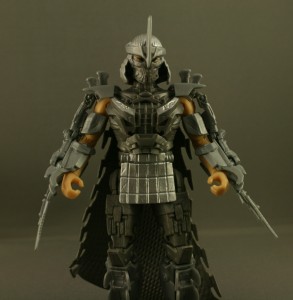 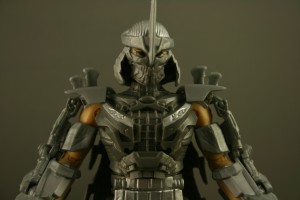 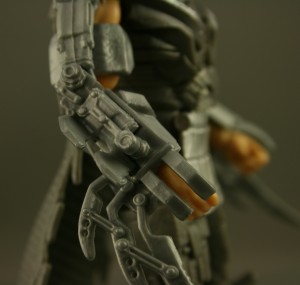 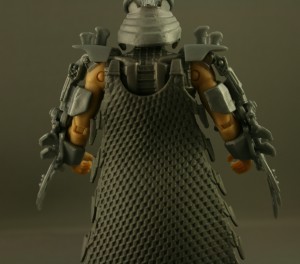 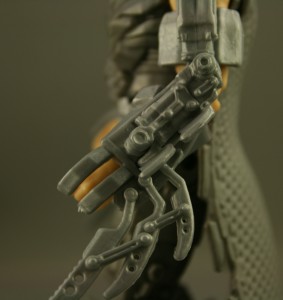 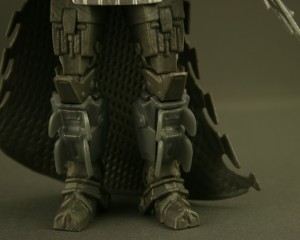 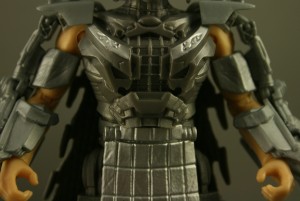 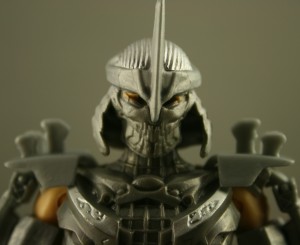 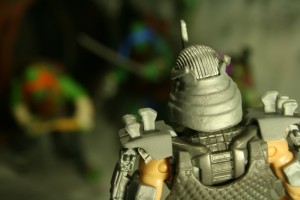 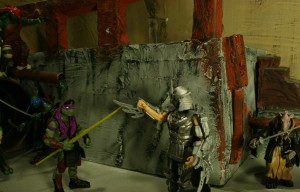