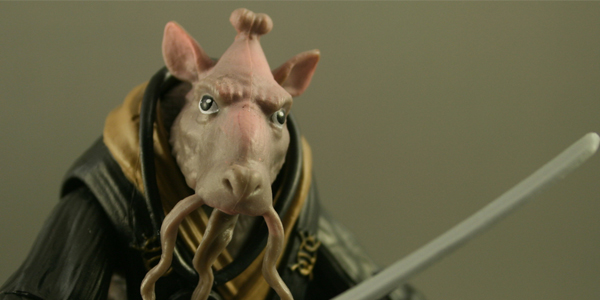 The Ninja Turtles’ sensei gets a solid redesign, which works very well as an action figure.

Master Splinter is one of the better looking designs in the new movie, so it makes sense the action figure from Playmates would be one of the best in this collection.  This design feels more classic and less busy than many other characters, with an authentic Japanese style kimono, and some very cool hair styling worked into Splinter’s rodent features. 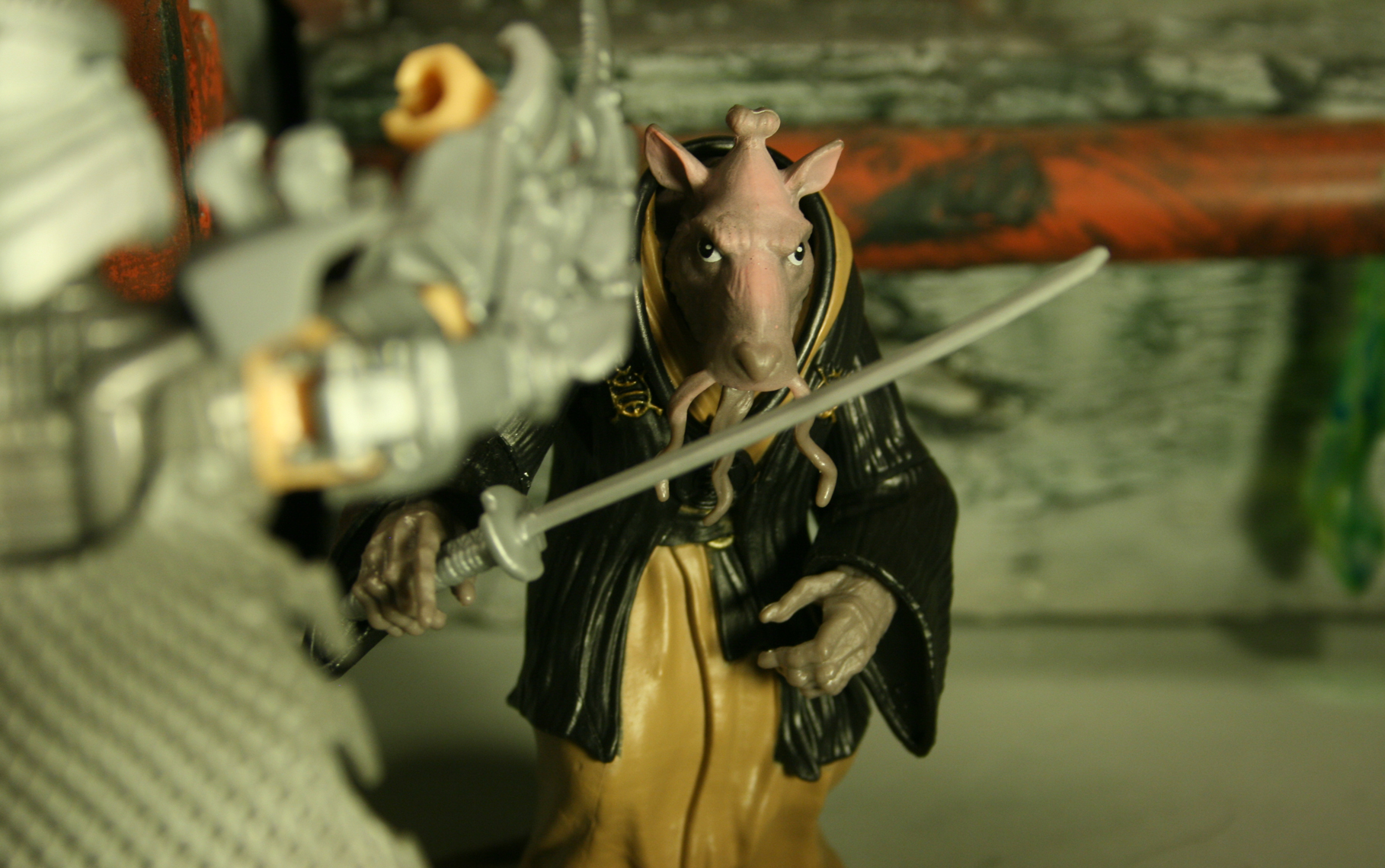 I actually kind of like the Fu Manchu mustache and top knot on this version of Splinter, and they are well realized in toy form.  Splinter actually looks more like a rat than usual, and while he won’t be winning any beauty contests, I think the design is both logical and strong.

Playmates’ Splinter toy is a great rendering of the character, with an excellent sculpt filled with texture and detail– down to the threads of his robes, this is a very interesting looking Splinter toy.  The mutant rat is articulated well enough, with a swivel neck, ball shoulders and hips and cut elbows.  Like many past versions of the character, Splinter’s leg articulation suffers due to his long robes but I admire that Playmates’ design team included these joints regardless.

The paint on this figure is top notch, and adds, again, to the overall realism.  I love the pink wash on Splinter’s face, which looks like skin poking through thin patches of his fur.  It’s a wonderful touch, which helps convey the age of this character and leaves him looking much more authentic than if he had been simply cast in brown fur colored plastic.

Splinter includes a sword– no cane for the first time ever!– which he can hold very well in his hand.  It definitely leaves this new version of the Turtles’ master as more a warrior than a teacher, which I guess would be in keeping with the Michael Bay styling of this new take on the TMNT universe.  But Splinter totally remains one of the best designs I have seen from the movie, so I’m more than happy to have him as part of this new toy series. 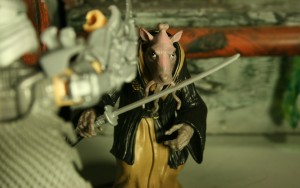 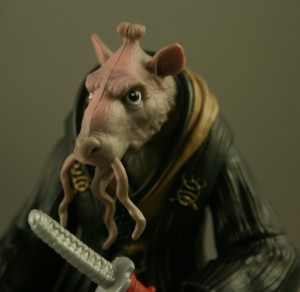 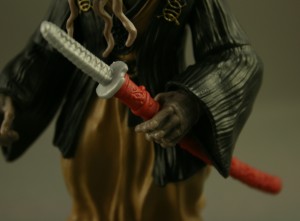 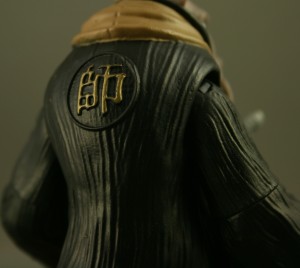 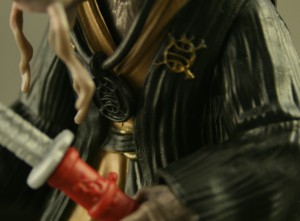 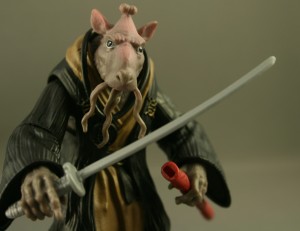 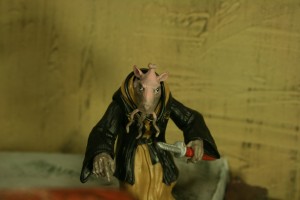 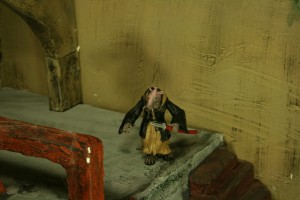 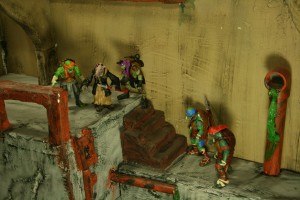