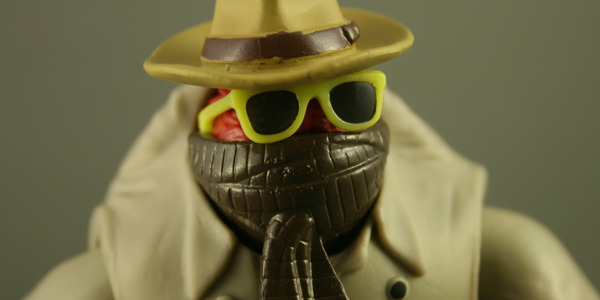 Playmates has just released their action figure series from the new Michael Bay-produced Teenage Mutant Ninja Turtles movie, which deliver all four of the heroes on the half shell, along with five other supporting figures.  Raphael is the only Turtle to get a variant, and it’s a fun one– Here’s our look at Raph in his street-level disguise.

Raphael’s second movie action figure features the Turtle in a disguise recognizable by any fan of the 80s TMNT.  The mutant is covered in a huge trench coat, complete with fedora, sunglasses and a scarf to mask his reptilian face.

It’s a totally fun variant of our hero, and I love the nod to the original Turtle disguises made popular on the TV show.  Under the coat, Raph is the same figure as his standard release, so he gets a fully articulated body even if the vinyl coat kind of inhibits what poses you can do with him.  The coat is an overlay, and it is matched with new arms to complete the look.  Unfortunately the new arms do not feature any articulation, again limiting what you can do with this guy. 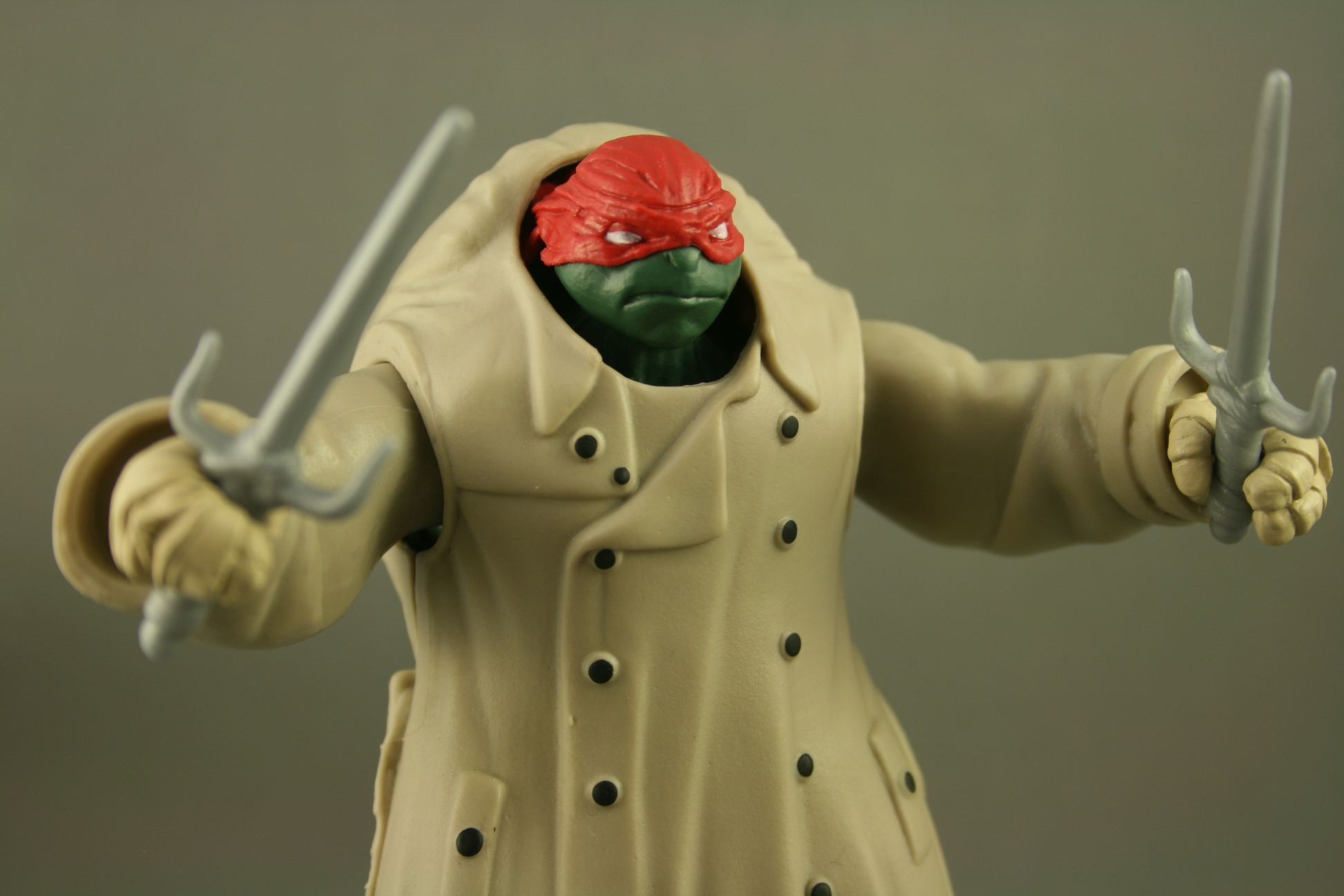 However, in spite of the limited articulation, this Raph is very fun, especially when you add the rest of his disguise.  The scarf clips around the figure’s lower face, while the sunglasses go over his mask… or can be added to any Turtle figure to add a new flair.  The hat kind of just rests on top of Raph’s head, but it fits well and really completes the look.

As a nod to the vintage Turtles, this figure is totally cool, and he’s well sculpted, despite the intentional simplicity of his look.  I wish the coat had been painted in a matte wash, which would eliminate its plasticky look, and extra arm articulation would have gone a long way in making this guy more fun to play with.  But the disguise feature is the main draw, and it’s done well enough that undercover Raph earns his place in this well done toy line. 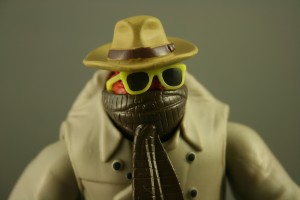 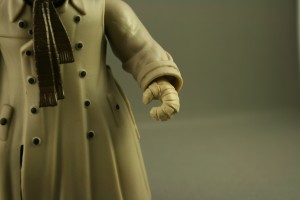 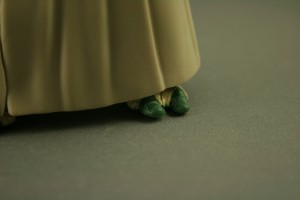 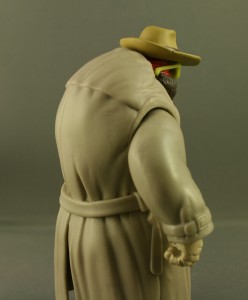 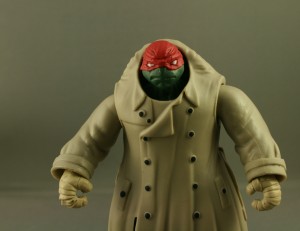 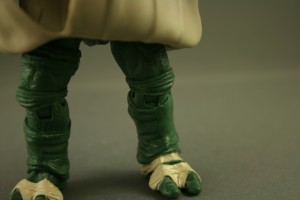 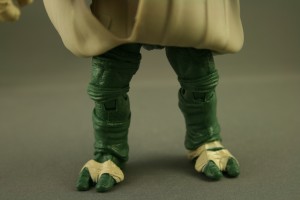 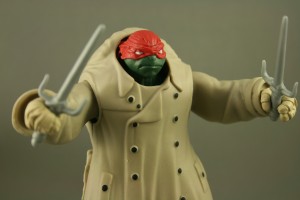 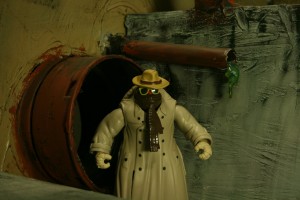