Teenage Mutant Ninja Turtles Is Getting a Sequel 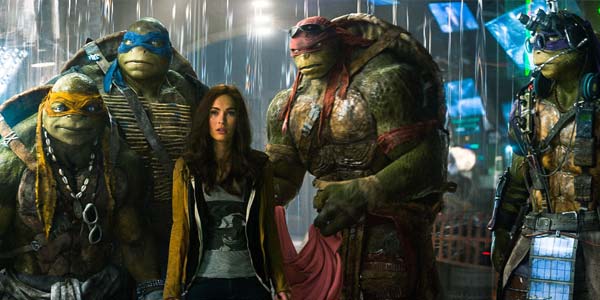 The new Teenage Mutant Ninja Turtles movie raked in a lot of money in its opening weekend… this in spite of its incoherent, half-boiled story, it’s nightmarish and ugly character designs, and a flood of negative backlash from movie goers who don’t really feel a desire to “turn their brains off for a few hours.”

But in fact the box office results were such a success, Paramount has officially announced a sequel to the movie, set to be released June 3, 2016.  I cannot say I’m surprised, nor can I say I’m very excited by this news.

In all honesty, Teenage Mutant Ninja Turtles was by no means a good movie (it was fairly terrible), but it was not the affront of Transformers-esque bad taste I was predicting, either.  Each of the Turtles had a personality true to their classic character, at least… although there’s no forgiving that our heroes kind of get shoe horned into supporting roles in the movie, taking a clear backseat to April O’Neil and her not very interesting origins.

I don’t want to be so cynical as to praise this movie for just being bad instead of being godawful and unwatchable (hence my lack of an actual review), but the one thing I can hope for the second part is that it covers some new ground.  I don’t want to see Casey Jones again, I want to see Krang and Dimension X and the Triceratons… the really weird shit from TMNT lore, that has yet to ever make it to the big screen.

If a sequel can go big and weird like that, with some really fresh ideas– at least, fresher than forcing April directly into the Turtles’ origin– then maybe I’d come back for the sequel.  But I somehow doubt we’ll get anything more than round two of the Turtles vs Shredder, battling it out in another CGI stunt piece, to the pixellated death.  Oh well…