Hail to the King of the Iron Fist Tournament 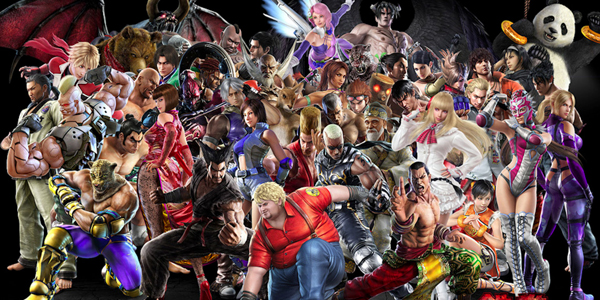 Namco/Bandai Games debuted the Tekken franchise in arcades nearly two decades ago, spawning numerous ports and sequels, including this year’s crossover with Street Fighter, and a rather large cast of memorable characters, each with their own canon backstory and unique fighting style.  It’s impressive roster is one of the factors that played into Tekken’s remarkable staying power and, as such, virtually every character in the history of the series has shown up for the latest Iron First Tournament in Tekken Tag Tournament 2.

Over fifty fighters are playable here across a multitude of modes, dwarfing nearly every other fighting game on the market in terms of scope and content.  While this alone doesn’t amount to much aside from sheer variety, this is also the finest iteration of the series to date — and perhaps one of the greatest 3D fighters ever to grace consoles.  The engine is so refined and balanced here that it should be a model for other genre titles to aspire to.  It’s accessible to newcomers without rewarding button-mashing and its combat system is complex enough to require plenty of technique without a prohibitive learning curve.  Controlling each fighter is an exercise in discovering their subtle nuance – their stance, reach, speed, unique moves – but they all share enough common button inputs to make learning their strengths an intuitive process.  Not only that, a great deal of engineering clearly went into ensuring that each character was balanced and didn’t have any distinct advantage or disadvantage over anyone else.  With such a large cast, this wasn’t a small undertaking, but Namco/Bandai pulled it off flawlessly. 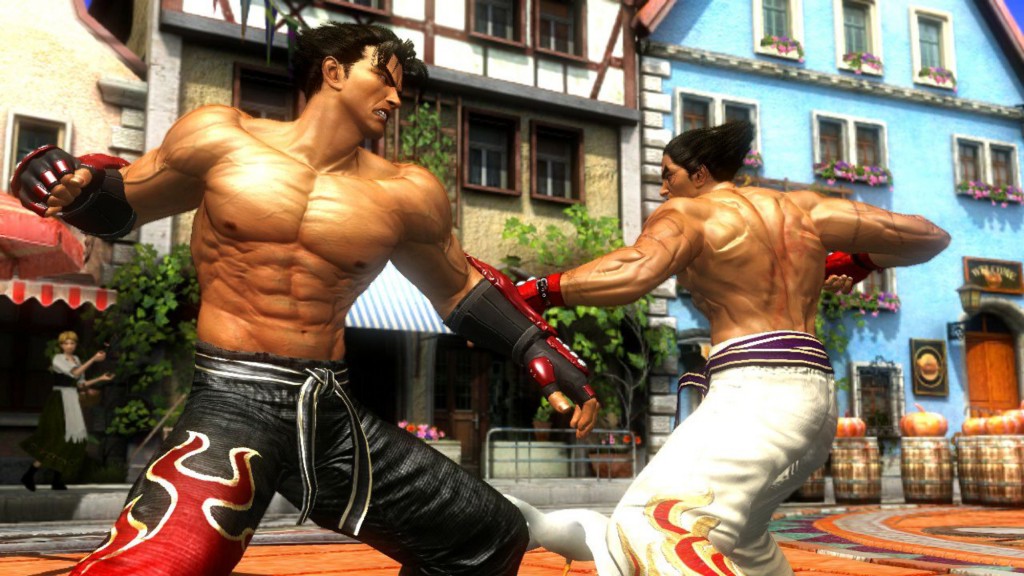 The most basic controls and mechanics are extremely simple.  Each of the four face buttons controls one limb – a right & left punch and kick.  Although you can assign the buttons any way you wish, the shoulder buttons will cause you to tag your partner into combat to switch places with you.  An injured fighter will slowly regain some lost health while tagged out, but the fight is over as soon as any one character’s health bar is depleted.  While these principles couldn’t be easier to understand, the system in action is a monster. The move lists are vast, the combos and juggles are punishing when pulled off, and the simultaneous tag moves that have both fighters attacking at once are a sight to behold.  While anyone can pick up the game and enjoy it, Tekken historically rewards those you really put in the time to learn the characters’ functionality inside and out. 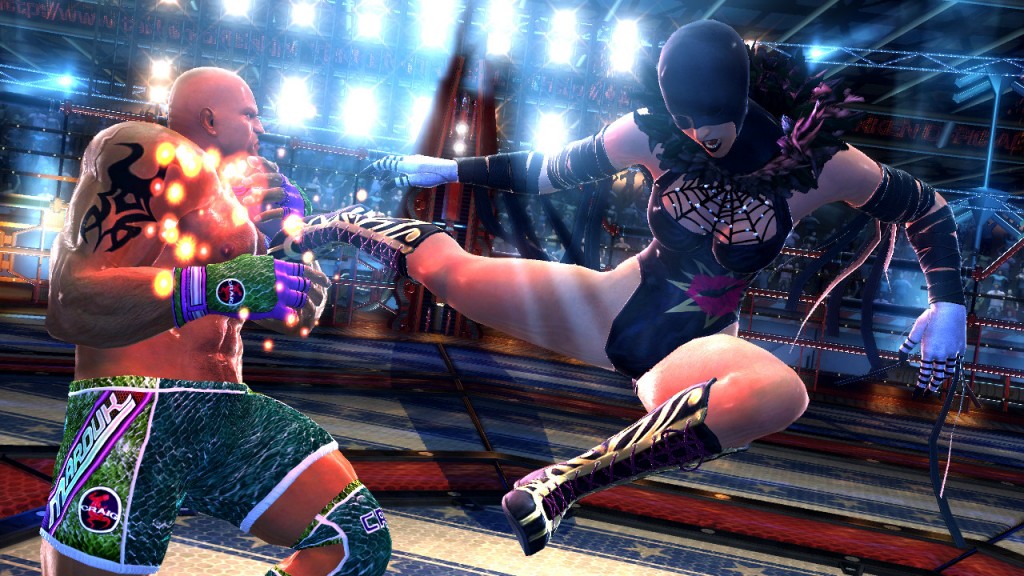 Jumping into the many modes it has to offer, the main (single player) draw of Tekken is typically its Arcade Mode, which puts you, and your optional tag partner, up against a host of opponents culminating in a boss battle.  It’s standard fare and will grant you an entertaining CGI ending for the character you were using at the time as well as some character customization options upon completion, but unfortunately the final boss is extremely difficult.  Even on the game’s easiest setting, I had a great deal of trouble completing the Arcade mode simply due to the high difficulty spike at the end.  Not only that, but repeatedly grinding you’re way through Arcade with all 53 characters in order to earn their respective endings is a huge chore.  Luckily, this mode is outshined by the more manageable and entertaining Ghost Battle Mode.  A Ghost Battle will put you in the ring with opponents who, while still AI-controlled, are engineered to react and retaliate as a real player would.  Before each fight, you can choose between three randomly generated opponents with varying skill levels and you can continue fighting bouts endlessly or call it quits whenever to choose.  Defeating fighters in this mode who rank higher than you will result in obtaining prizes like the aforementioned CGI character endings.  It’s a great way to earn the things that Arcade mode’s difficulty and monotony may otherwise keep you from obtaining.  It’s also a great way to earn a ton of in-game credits that can be used to buy clothes, accessories, and items to outfit any character in the game.  A customization suite allows players to purchase hats, shirts, decorative weapons, glasses, and lots of other gear ranging from elegant to absurd. 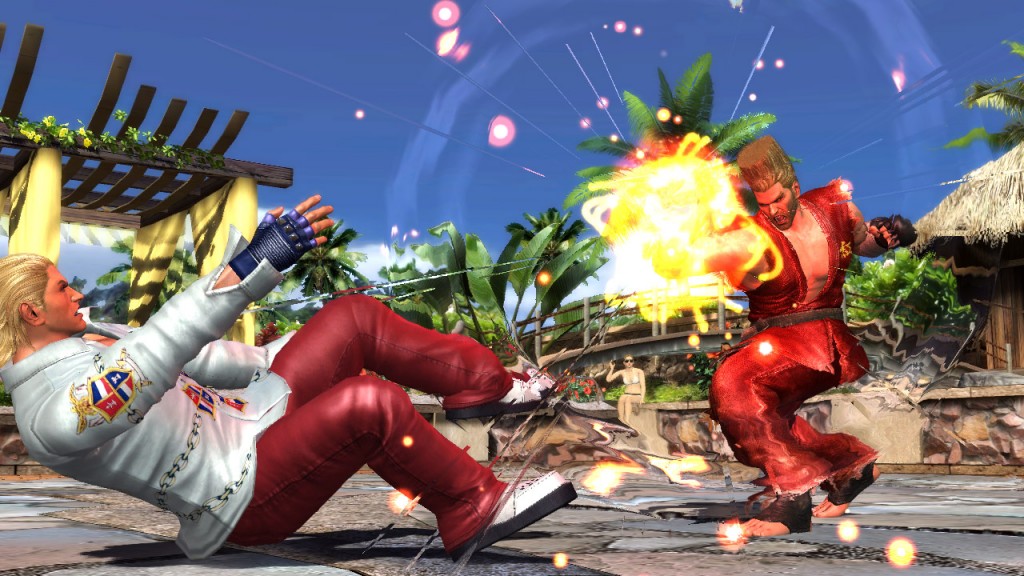 The most interesting new mode introduced here is the Fight Lab, a fresh take on the classic tutorial formula. Set across five episodes, you control Combot, a robotic fighter that can be programmed with an amalgamation of many characters’ moves, as you are walked through many of the game’s techniques and mechanics.  While sections of the Fight Lab are rather challenging, it really is helpful in showing players the ropes and requires some patience and practice to get through.  Not only that, but it’s a great way to fully outfit the Combot character’s command list for play in the standard game and will earn you a handful of achievements/trophies in the process.

Really though, anyone with internet access will tell you that the multiplayer component is where it’s at and Tekken Tag Tournament 2 is no slouch in the department.  The netcode provides one silky-smooth match after another, without a hint of lag or dropped connections.  Not only that but, in addition to the plethora of options, the filters present here are sensible – allowing you to make sure you aren’t paired up against folks with slow connections or who are far more (or less) experienced than you.  In short, it simply works like itshould.  Sadly, several fighters on the market have a long way to go to live up to this streamlined online experience. 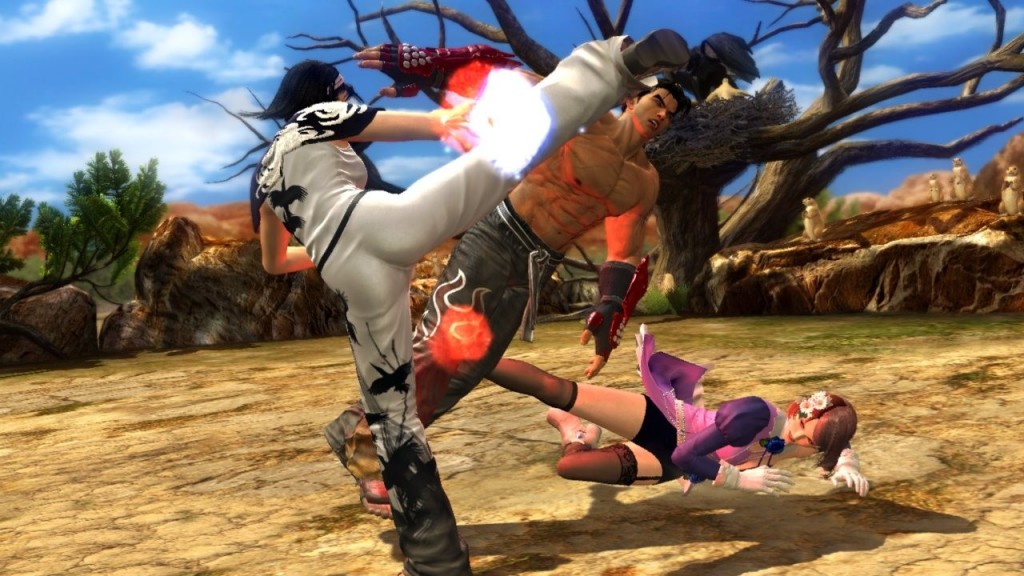 With lightning-fast gameplay, crisp visuals running at 60fps, and a staggering amount of unlockable content, Tekken Tag Tournament 2 maintains it’s position as Namco/Bandai’s flagship fighter.  This title offers so much variety in terms of both playable characters and game types that it easily justifies the $60 purchase and will keep fighting enthusiasts endlessly entertained.  Maintaining the core charm that has carried the series for over 18 years, TTT2 has refined the formula to near perfection and is absolutely worth checking out.