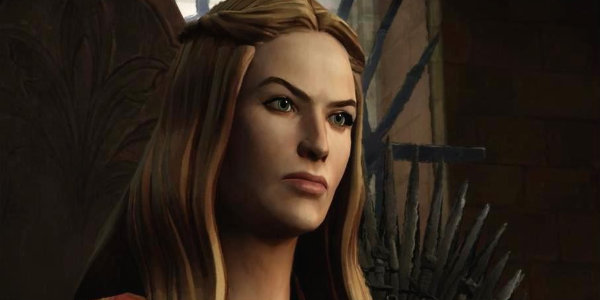 Telltale Games have really made a name for themselves, especially following the release of 2012’s brilliant first season of The Walking Dead, with their penchant for developing episodic adventures and telling incredible stories in the process.  Their newest foray, set the world of George R.R. Martin’s Westeros, plunges players into the bloodshed and intrigue of Game of Thrones.

Right off the bat, I’d warn perspective buyers that, if they’re not familiar with the books or HBO series, they may be a bit lost with this title, or at the very least won’t have the same appreciation as a fan of the license would.  Several main characters of the story (physically modeled after the actors on the television program) appear without any background information to explain their motivations or demeanor and plot points in the game run parallel to established story milestones from the books and show.  While newcomers can certainly fill in the blanks themselves, Telltale definitely tailored the experience to those well-versed in the existing narrative. 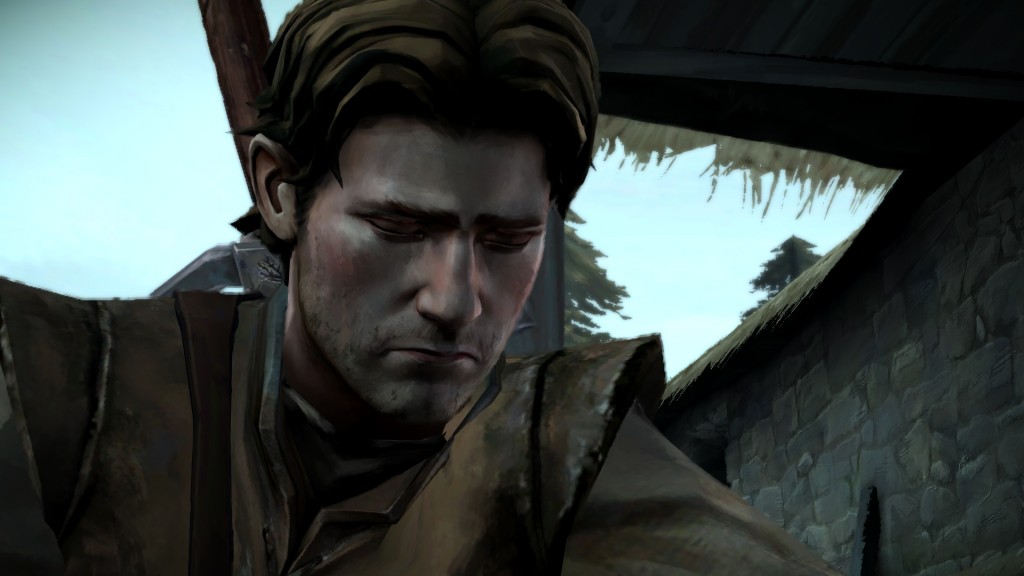 The first episode, titled Iron from Ice, begins just before the infamous Red Wedding while Stark Bannermen set up an encampment outside The Twins.  Players take control of Gared, a young squire to Lord Forrester, as he treks across camp to carry out an errand, chatting with NPCs along the way.  Of course, that night didn’t go as planned and Gared soon needs to make a dramatic escape from the traitorous troops of Roose Bolton, who begin slaughtering everyone who was loyal to Robb Stark, but not before receiving one final, important task. 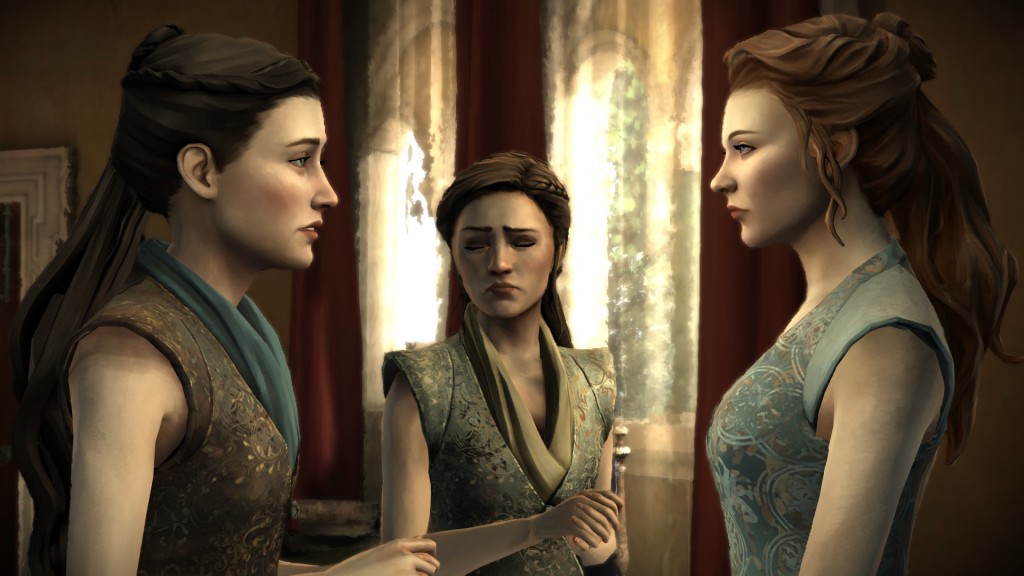 As Gared makes his way toward Ironrath (the Forresters’ stronghold in the North) to fulfill his duty, play shifts to young Ethan Forrester and later to his sister Mira, who serves as a handmaiden to Margaery Tyrell in King’s Landing.  Telltale’s decision to tell a story revolving around House Forrester was a wise one – they were only mentioned briefly in the books leaving them as a blank slate to build upon.  Of course, every character will have a wealth of decisions to make that will have subtle, rippling effects as the game progresses into future episodes, even while the main narrative remains largely the same.  It’s really all about experiencing a fantastic, original story but the fact that you can change outcomes slightly based on the way you act and react truly immerses you in the narrative completely. 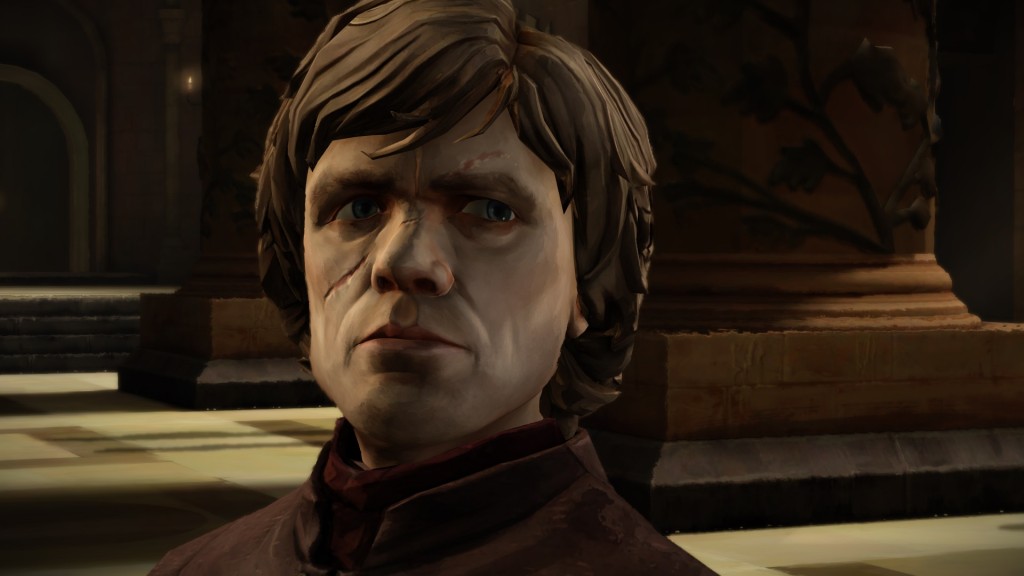 The combat and action situations play out largely using quick-time events which, while normally being unwelcome and tedious in most games, fit well here thanks to Telltale’s more laid back, casual mechanics.  Tapping a direction to dodge or centering a targeting reticle and pushing a button to swing a broadsword are about as complicated as it needs to be as to not distract from the story itself.  Visually, the art style is beautiful and true to the aesthetic of the HBO program while retaining a minimalist feel.  None of the character models or textures are particularly detailed or realistic in their presentation, but the facial reactions and body language is on point and the colors used are gorgeous throughout.  Tyrion, Cersei, Margaery, and Ramsay Snow are immediately recognizable as their HBO counterparts and stylized just enough to accentuate their more pronounced features without making them look caricaturized.  Likewise, the voice acting is impressive all around, complimenting a pretty fantastic script. 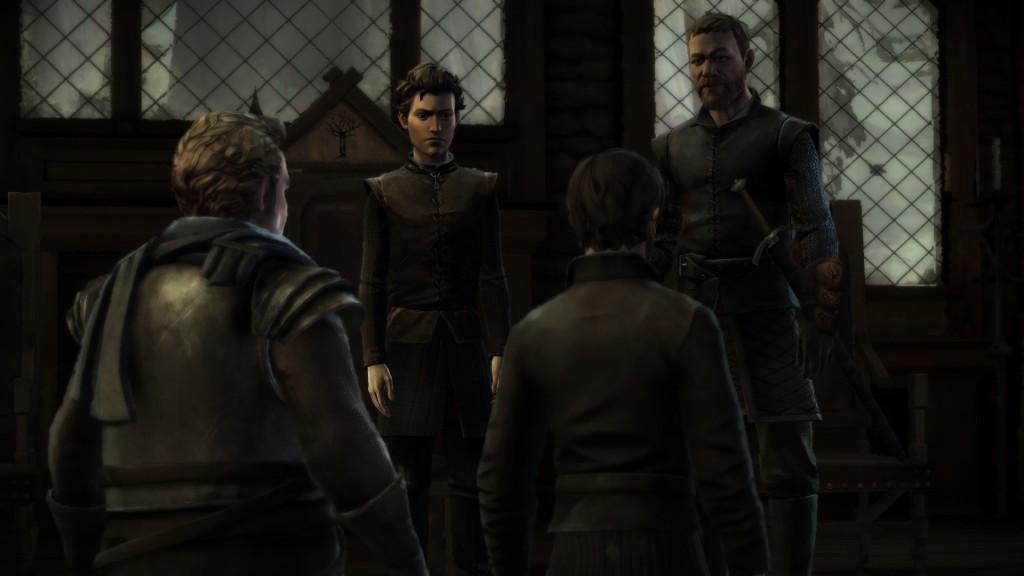 Yet again, Telltale Games has crafted an experience that’s instantaneously engaging, populated by characters that immediately capture your attention and who you genuinely care about.  It encompasses the themes you’d expect from the license, namely that even the most beloved characters can be blinked out of existence without warning and that being an honorable person gets you nowhere in Westeros – without spoiling anything, there are some pretty shocking moments here.  I’ll be eagerly anticipating Episode 2 and looking forward to seeing where the series will go from here.