The Terminator Is Back, In ReAction Form 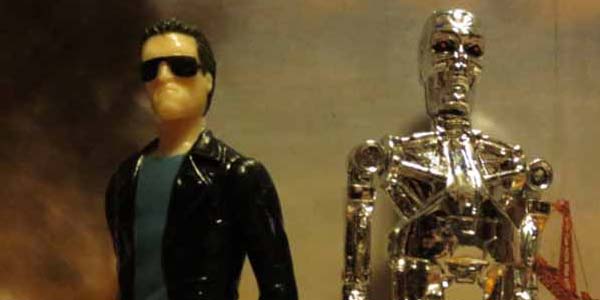 He’s back from the future, and he looks like he’s from the past, but he’s available in the present.  Wait– I’m getting myself all mixed up now.

Funko and Super7 did their due diligence when it came to rounding up properties for the ReAction toy collection, and some of them are such pervasive genre staples, they almost fell by the wayside.  There’s not many Firefly or Goonies action figures, but we’ve seen our fair share of Terminator toys, in various scales from different companies.  But Funko and Super7 are giving the sci-fi epic the retro treatment regardless, and– at least in the case of one figure– we’re better for it.

I have to admit, I feel overall the Terminator ReAction figures are most definitely a mixed bag.  Some of that is the movie’s design– I was always more into the iconic, leather jacketed Terminator than the earlier, longhair version.  And poor Sarah Conner is just a big-haired waitress on the run from a terrifying killing machine, at this point in the mythology.  It all works like gangbusters in the movie’s story, but as toys, many of these guys just aren’t overly dynamic.  And so, I passed on most of them, but there was no way I could ignore the T-800 in his Endoskeleton and Arnold Schwarzenegger forms.

One of those decisions, I don’t regret at all.  The Schwarzenegger Terminator is totally badass, probably one of my favorites of the entire ReAction line.  He’s incredibly close to what I think Kenner would have made back in the early 80s, totally nailing the retro aesthetic.  There’s enough Arnold in the face to make it recognizable, with the square jaw and scowling mouth, and the sunglasses cleverly mask the eyes, as they probably would have if Kenner tackled this guy.

Even the paint work is fun, with the Terminator’s iconic jacket sporting a high gloss finish to suggest leather, which offsets nicely with the matte paint of the rest of the figure.  The villainous cyborg includes both a shotgun and a pulse rifle, which he can hold easily (in one hand only, due to the simple articulation pattern).  The Terminator shares a nice sense of scale with his fellow ReAction figures, with a nice bulk to suggest the muscle-bound warrior’s heft and size. 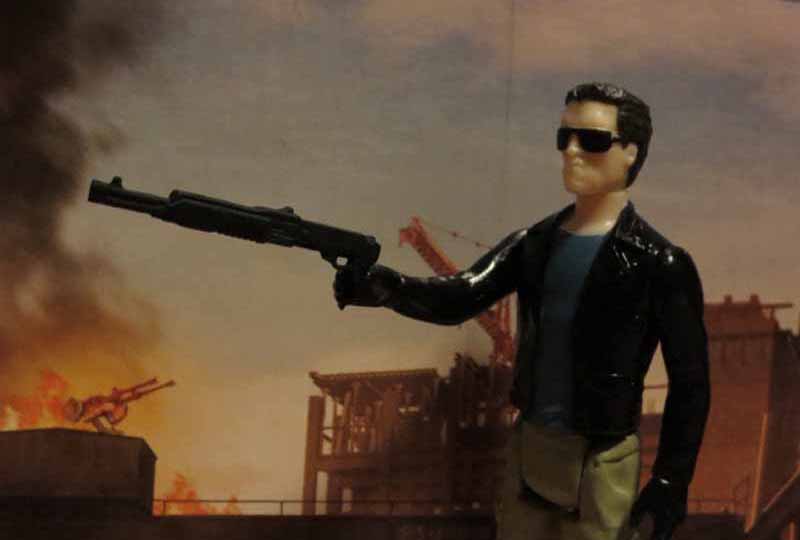 I wish I could be nearly this happy with the Endoskeleton, but honestly, he’s a clunker.  The proportions are way off on this robot, with his huge head throwing off the whole iconic silhouette.  I like the detailing in the sculpt, which stands out especially well on the chrome finished version, but it does not forgive the wonky proportions.

The Endoskeleton includes no accessories, which is just as well– when I tried to outfit him with Arnie’s pulse rifle, I realized the skeleton’s hands are not even posed to grip anything.  This severely limits what he can do, aside from just sort of stand there… or at least he could stand there, had his feet not also been dis-proportioned, winding up way to small to support the figure.  Standing is also not one of this guy’s strong suits.

I’m at least happy that my Endoskeleton is in one piece– his arms and legs feature a weird assembly, by which the arms are glued onto the shoulders and the feet onto the shins.  If the glue didn’t set right, body parts could fall off the robot right and left (literally), as has been reported in some cases.  I don’t get this choice… it seems like it would have been both simpler and more true to the retro toy style to have the arms and legs cast as solid pieces which plug into the torso.  This actually could have been a cool opportunity to pay tribute to the pull-apart C3PO figure, with the Endoskeleton’s limbs on non-capped pegs so you could assemble and dis-assemble him at will.  Instead, this guy only falls apart in the places where you can’t put him back together.

The Terminator ReAction line might not be the best we’ve seen from Funko and Super7, but if you’re into this vintage aesthetic, I would very much suggest giving the leather jacket Terminator a go.  He’s a very cool figure and a great, authentic feeling addition to the ReAction universe.  It’s just a shame he’s the only star of this otherwise passable sub-series. 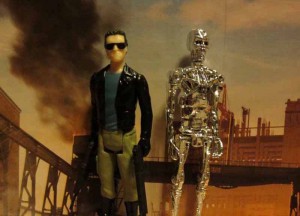 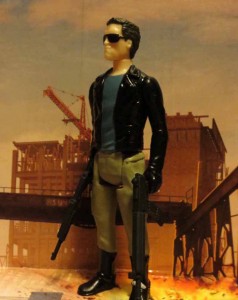 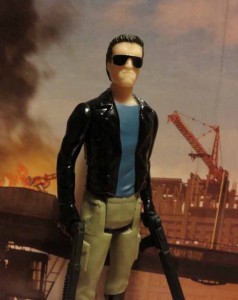 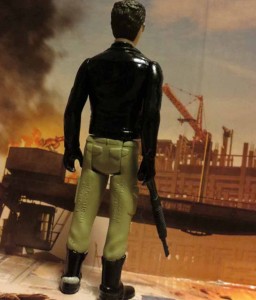 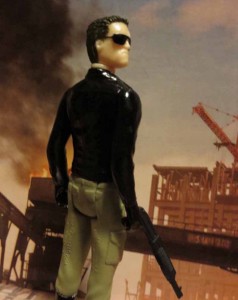 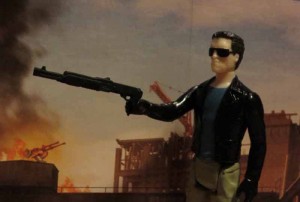 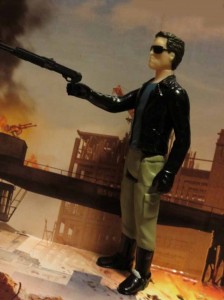 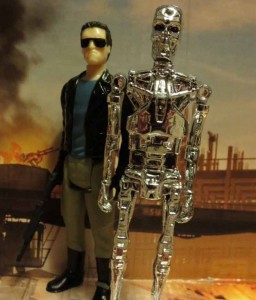 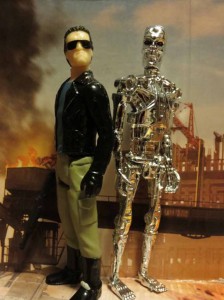 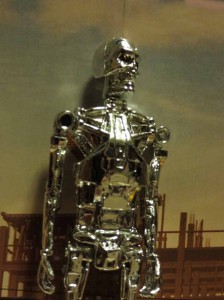 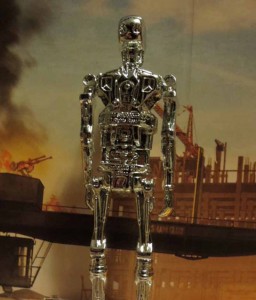 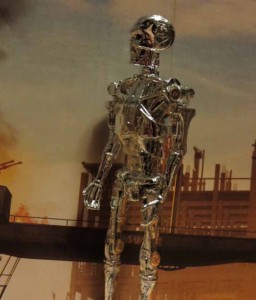 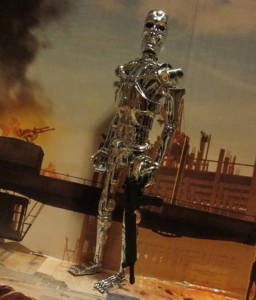 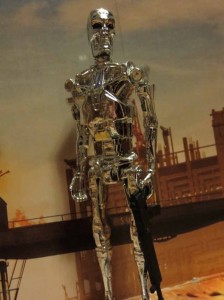 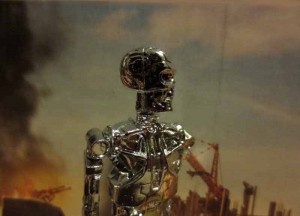 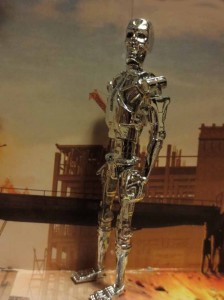