The Amazing Spider-Man Is Getting A New Look 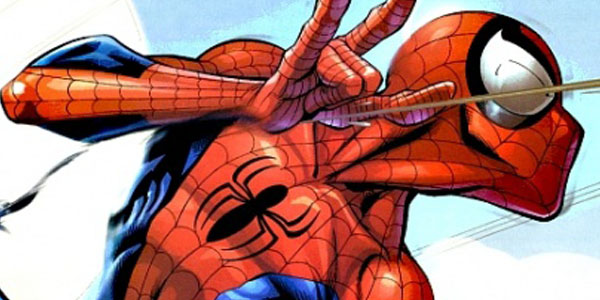 Director Marc Webb Tweeted some softball hints about the Amazing Spider-Man sequel, confirming Spidey’s costume is getting a makeover.

Marc Webb was answering Spider-Man movie questions on Twitter earlier this week as part of a promotion for the DVD/ Blu Ray release of The Amazing Spider-Man.  Most of what was discussed was pretty basic, stock answers, like how much he’s looking forward to working with Shailene Woodley as the new Mary Jane. But he did also reveal that Spider-Man’s costume will be getting “bigger eyes” and “gnarly web shooters.”

I think this is interesting because, black costume non-withstanding, there’s never been a Spidey franchise that reboots the hero’s costume mid-stream.  I actually liked the costume they came up with for ASM, which managed to retain the classic core of Spidey’s outfit, while adding in a stylized, modern Hollywood flair (read: making it busy, and textured).  It seems like an even mix of heroes who change their togs each movie and those that stay the course, but this is the first time Peter will be adjusting his outfit between installments.  I hope they work it into the plot– Andrew Garfield’s Parker is definitely a tinkering, techie kind of guy, and I could see his character treating his web shooters and costume like a teenage gearhead would treat their custom car.

I’m okay with the costume changes, and I find it interesting that they’re introducing MJ in the storyline already, but my biggest hope right now has less to do with casting and costumes, and more with story.  Marc Webb assembled a great cast, and his first Spidey adventure featured some capable action sequences, well-rounded new takes on the characters, and an interesting choice for a villain.  However, the story they were telling sucked, and devolved into a jumbled mess of ripoffs of other comic book movies, from X-Men to Raimi’s Spider-Man 2.  They’ve created a great new cinematic world for Spidey, but I hope they don’t waste it with a second clunker of a story.

If nothing else, maybe Spidey’s eyes will now be big enough to let him identify whoever shows up in the post-credit cameo this time?