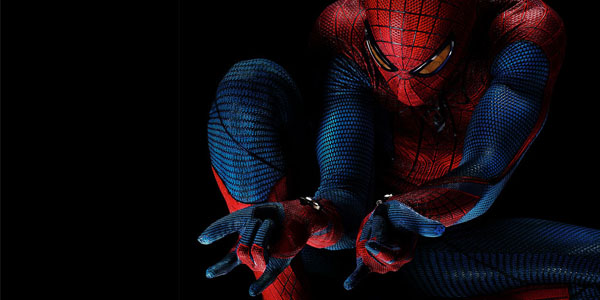 Marvel’s webslinger returns to the big screen to battle the Dark Knight this summer. Will the teen genius beat the millionaire playboy?

The first three Spiderman films performed well at the box office, but with each sequel they got increasingly campier. Spiderman, the wise cracking hero of the Marvel Universe, was taken to a whole new level of comedy thanks to director Sam Rami. Raimi made Peter the butt of the joke of the films, not the hero. When it came time to make a fourth movie to keep the rights at Sony, the powers that be decided to start from scratch, rebooting the franchise and repairing the Schumacher-like damage Raimi did to the wallcrawler.

Peter Parker returns to his roots in Queens, high school, and his first love Gwen Stacy melding both the original origin with some Ultimate universe twists. The story is simple– smart boy meets girl, gets bit by special spider, becomes a superhero, fights a monster, and loses some one close to him. The movie hits all those plot points and much more.

I have heard that when the first Superman movie came to theaters the tag line for the film was “You will believe a man can fly.” Well, after seeing this movie I believe a man can swing from building to building. The typical fanboy response to a movie is to tear it apart and try to find everything wrong in the film, but The Amazing Spider-Man makes that difficult. The movie is able to ground the characters in reality, making the fantastic events in the lives of the characters believable.

For the first time a superhero movie made me forget to look for all those little problems and I just sat and enjoyed it. Sure, there were some small plot holes, but none that would make me say stay away from the film. From what I can tell some of the holes may come down to an editing issue rather then the film’s story itself. There are some scenes that appeared to occur out of order (without giving away too much once of those issues has to do with a blanket and a sewer). Later in the film, the origin of the blanket is shown, and makes me wonder if some parts were just spliced together incorrectly.

This film is an origin story which means everything starts from the beginning and instead of reinventing the hero completely it slightly tweaks the history. The biggest surprise may have been the absence of a famous phrase, at least in its classic form, and this is symbolic of the impact these small changes have on the experience. Uncle Ben, Captain Stacy, and Gwen are all alive and important parts of Peter’s life and his journey to become Spider-man. Aunt May plays the role of a concerned parent, but not the old doting lady from the comics. There is no Daily Bugle yet save for a cameo, no Mary Jane, and no Harry Osborn. The film is following a similar track to Nolan’s Batman films, not leading with the biggest villain, but focusing on developing the main character first. The villain of the is one that has been both a mentor and friend to Peter in the comics– Dr. Curt Conners, AKA the Lizard, is a tragic villain trying to cure himself, but losing control in the process.

There is a lot of CGI in the film, and while that can hurt a film, in this case it was done correctly and used when need, which with a character like Spiderman is most of the time. Batman and other heroes can get away with a lot of live action and choreographed fight scenes but for the old web-head it is difficult and can look awkward– just look at the Goblin in the Raimi’s Spider-man. A human cannot do a lot of what is needed and look natural, so CGI is necessary. There is just the right mix of live action and CGI in this movie, and it is because of the strengths of the actors’ performances that audiences can suspend their disbelief when watching the film.

Garfield and Stone both do a great job being teenagers, balancing the the tough fight scenes, as well as the cute awkward “in love” scenes. It is their chemistry that grounds the film, as well as the supporting cast. Dennis Leary and Martin Sheen give great performances as the father figures in the kids’ lives, playing both sides of a coin– one tough and no-nonsense and the other down to earth and loving. Sally Fields also nails the role of a more modern Aunt May, and makes her much more of a character then just the old lady Peter lives with and hides his other life from. This May is much more the Ultimate version of the character, and has a hipness that was refreshing.

Overall, The Amazing Spider-Man takes the Ultimate Universe and melds it with the classic origin, making what may be the best Spider-man movie to date.