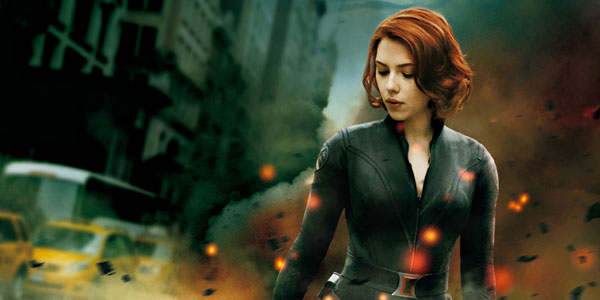 The Avengers movie was obviously a smash hit, breaking box office records and living up to the potential we all hoped for. The finest toys released for the movie were without a doubt Hasbro’s Legends Series Avengers, which captured the on-screen looks of the super hero team perfectly.  Sadly, the assortment is exclusive to Wal-Mart, notoriously the most difficult retailer at which to find exclusives, but in spite of the difficult hunt the toys have been selling out astonishingly quickly.  Which is exactly why Hasbro needs to hurry up and make more of them as soon as possible.

The Avengers Legends brought us five of the six Avengers plus the villainous Loki, and across the board the toys are stellar. Fans lucky enough to find the elusive figures are now clamoring for more, while many others are still desperate to track down the first set. Regardless of where a collector falls, Hasbro and Wal-Mart really need to realize they are sitting on a gold mine here, and they should be doing everything in their power to crank out a followup assortment.

It’s possible that Hasbro would simply put the figures back into production as-is, either as a Wal-Mart exclusive or to mass retail like they did with Iron-Man Legends (many of which had also been Wal-Mart exclusives earlier). However with Black Widow critically missing from the first wave and some easy to handle variants for many of their figures, I think Hasbro’s best bet is to move forward with a new second assortment, which would guarantee business from both those still hunting Wave One, and the rest of us hungry for more.

Of course, tooling is expensive, but Hasbro has virtually everything they need to turn out a second series fairly quickly.  We’ve already seen an unmasked Steve Rogers head from last year’s Movie Legends figure, which has yet to see release. On top of that, Hasbro showed off the 6″ Thor in his alternate, sleeveless outfit at NYCC last year. Iron Man’s Mark VII armor wasn’t too far off from his previous suit, meaning they could turn him around with only very minimal tooling.

There’s lots of potential to make these figures on the cheap and strike while the iron is hot, getting them to retail in time for the DVD release of The Avengers, and fans would eat them up.  Just for fun, I decided to put together my suggestion for a cost-effective Avengers Legends wave 2, which I believe would sell through just as quickly as the current set.  Keep in mind like past wish lists, I’m not saying these are the best fan-service choices* but what I believe would be the most realistic assortment Hasbro could (or would) release.

Iron Man Mk VII – Use the Mk VI as a base body and change around the small changes to Tony’s latest armor. It wouldn’t take much more than a new chest piece and possibly new shins and forearms. Lots of fans already have the first six armors in this scale, and would happily welcome number seven.

Captain America – Using the same body as Wave One, all Cap really needs is the unmasked Chris Evans head shown off at Toy Fair 2011. It would be different enough to justify lots of repurchases, and it’s kind of his most frequent look in the movie.

Thor – Hasbro already sculpted Thor in his “Asgardian casual” sleeveless outfit, as shown at NYCC. I understand why they opted to go with the armored look for wave one, but they already have the other figure sculpted, so finally releasing this version would be simple enough.

Hulk – The Hulk stole the show in the movie, and all his toys have been flying off the shelves ever since. The Legends Hulk specifically has been a best of the best in this series, so reissue him straight and he’ll still sell through like crazy.

Nick Fury – Re-release the Captain America Legends Fury. He’s not perfect but he’s pretty good, and Fury played a big enough role in The Avengers that fans would jump at another chance to own his figure. Plus, Fury’s movie look crosses over to his Ultimates look, which would entice even more buyers.

Black Widow – The other figures listed here have virtually no tooling costs, so Hasbro would be able to invest all the development costs into a movie version of Natasha to match the rest of the team. I’d love to see a Scarlett Johansson- style Widow in this scale, with as much painstaking detail as her five teammates. With collectors everywhere desperate to add Widow to their movie teams, she would be well worth the effort it would take to make her.

That’s the assortment as I see it– I’d love a Chitauri or a Coulson but honestly I don’t think that much new tooling is in the cards. The mix I have proposed here would be filled with heavy-hitters, simple enough to turn around, practical and affordable for Hasbro to produce. The only real effort would go into Black Widow (that is, if Hasbro hasn’t already sculpted her), and the other figures would be fun variants that would inspired lots of re-purchases.

Pack these six in a case pack that included a second Hulk and Iron-Man and I think we’d see a very sustainable second wave that would sell just as well as the first.  The ball is in your court, Hasbro– please make this happen!!

(*I’d love a Maria Hill too, but she’s just not practical)