The Bad Ninja Turtles Project Goes Back On The Shelf 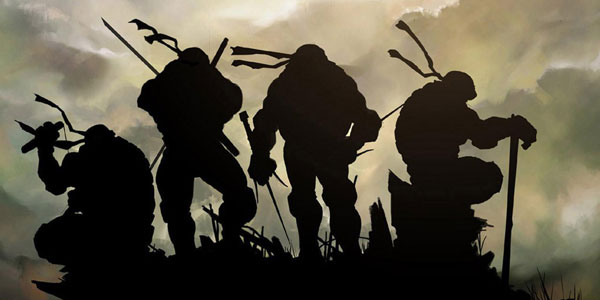 Paramount has pushed back their big-budget, live action TMNT movie from Christmas 2013 to May 16, 2014, in the studio’s latest desperate move to save face.

Paramount has had a rough go of it lately. Two of their big tentpole movies for this year, GI Joe Retaliation and World War Z, have been delayed until 2013, and the word has it they were pushed because the current cuts are awful. There’s no way around it for Joe 2, which was pushed back so last-minute, there had to be an urgent reason to do so. And World War Z was delayed so they could rewrite their ending from scratch.

Now the Ninja Turtles join the ranks of the delayed geek movies club at Paramount. The Michael Bay-produced movie is likely terrible anyway (as the entire relevant internet made their voices heard when Bay proudly announced he would be messing with the franchise and turning the brothers into aliens), and as long as Bay is attached it will stay just as bad. The hack action director proved on Transformers that he cares nothing for the characters of these 80’s properties and I fully expect TMNT to be just as loud, obnoxious and aggressively stupid as Bay’s Transformers, if the troubled movie ever gets back on its feet.

I’m glad TMNT’s vastly more promising Nicktoons TV reboot is still on course to debut this Fall, as it looked far more fun and faithful to the Turtles than the movie promises.  I hope the cartoon takes off so Nicktoons has some ground to stand on when Paramount and Bay inevitably try to pull a GI Joe Renegades on the new TMNT show.