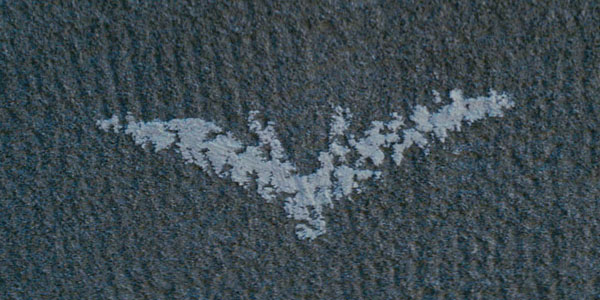 The protector of Gotham has to rise from the ashes to overcome one of his most powerful foes (and the juggernaut known as the Avengers) this Summer. Can he do it alone or will this be a team effort?

There is a lot riding on this final film of the Nolan Batman trilogy. Not only does he have to wrap up the story he started in Begins, but he has to compete with the expanding Marvel Universe.

This movie delivers on all fronts. Nolan makes sure that everything in this film is there for a reason. It seems at times there might be dialogue or scenes that could be cut, but when the final credits roll you will see how he has masterfully woven this story together.

Specters from the past appear to bring this trilogy full circle, but missing is any mention of the Joker. It was rumored he would make a cameo when the film was first announced but quickly dismissed by Nolan and crew. The passing of Heath Ledger put an end to the use of the character in this Gotham, which is a shame. One character from the past two movies plays a role that seems tailor-made for Ledger’s Joker, but makes it his own instead. 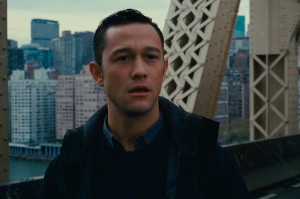 In the past films the other actors support Bruce/ Batman but in this one it seems like he is support for the actors. Gary Oldman delivers once again as Jim Gordon, making him the middle man of the troubled city. He knows the truth about Dent, but has to lie about the Batman, and that secret tears him apart.  Much like Batman himself, Gordon has to rise up to be the leader that Gotham looks to for strength, and his struggle is one of the most emotional rides in the film. Speaking of emotion, both Michael Cane and Morgan Freeman also give moving performances as Alfred and Lucius, the men who have mentored Bruce and Batman through the series.  Caine’s performance especially brought tears to my eyes. Joseph Gordon Levitt also gives one of the best performances of all three movies as GCPD officer Blake. He steals the show– every scene he is in floored me, and when his story comes to a close I was left wanting more. 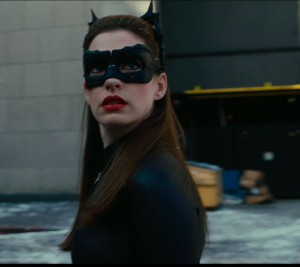 Finally, the villains– or rather antagonists– of the film, Catwoman and Bane both bring the characters to life like none before them. Some fans were skeptical about Tom Hardy playing the role of the chemically-enhanced Bane, wondering whether the chemical Venom that gives Bane his strength could work in this reality-based world Nolan has created. Not only does Hardy pull off the role as an impressively massive brute, but he brings a fierce intelligence as a worthy psychological adversary for the Batman. Bane is not as hard to understand as first though from the trailers, and at times he is actually easier to understand than Batman. Anne Hathaway gives a stunning and impressive performance as Selina Kyle. Hathaway plays both sides of this cat burglar, the tough Kyle and cunning Catwoman, as if she was born for the role. It also does not hurt that she looks amazing in the skin tight suit, especially when riding the Bat-pod.

There are so many little things done right in this film that when I left I felt like there never has to be another Batman film made. The Nolan world of Gotham left me satisfied as a Batman fan and a comic fan and I don’t think I have ever felt that content after a film, let alone superhero film.