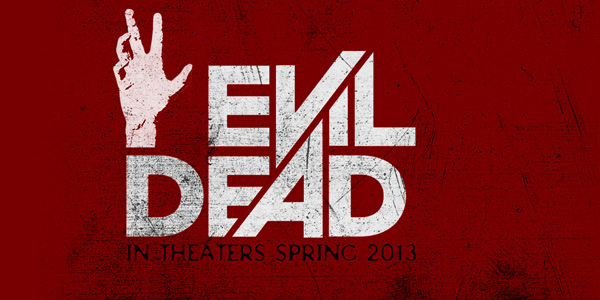 The Evil Dead trailer that tore up New York Comic Con a few weeks ago has finally hit the net in all its gory, HD glory.

I had been hesitant of the Evil Dead remake since I first caught wind of it, but my opinion is changing pretty fast. The presence for the new film at New York Comic Con helped a lot, culminating in the debut of the trailer you’ll see below, which rocked the collective socks off the packed IGN Theater.

Rewatching it now, I like this trailer. A lot.

I still don’t know exactly how I feel about divorcing this reboot of the franchise from the campy Evil Dead 2/ Army of Darkness style, but I like that it wasn’t replaced with something generic– this trailer sports some trappings of modern horror flicks, with it’s heavy use of green tinting and grimy set pieces, but it also looks VERY gory, and VERY nasty.

At NYCC, Bruce Campbell was psyched, director Fede Alvarez showed potential, and new star Jane Levy said she’d never do another horror movie again. These are all promising things, and if the entire movie can be as unrelentingly brutal as this trailer, gorehounds like me will certainly be in for a treat next Spring.

I love the weapons, I love the blood, and I especially love the girl at the end licking the knife as it clefts her tongue in half– I dare you to watch that scene and not squirm.

I’ve got a bunch of insight from Campbell, Alvarez and Levy coming next week, but in the meantime, get your gore on and scope out this first glimpse at the new Evil Dead!