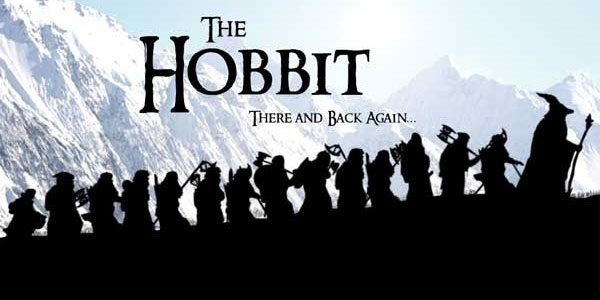 It’s official– Peter Jackson’s The Hobbit adaptation will now be a trilogy.

Back at Comic Con, Peter Jackson was lobbying to have his cinematic take on The Hobbit upgraded from two movies to a full-fledged trilogy, and it looks like he got his wish.  Here’s PJ’s statement:

It is only at the end of a shoot that you finally get the chance to sit down and have a look at the film you have made. Recently Fran, Phil and I did just this when we watched for the first time an early cut of the first movie – and a large chunk of the second. We were really pleased with the way the story was coming together, in particular, the strength of the characters and the cast who have brought them to life.  All of which gave rise to a simple question: do we take this chance to tell more of the tale? And the answer from our perspective as the filmmakers, and as fans, was an unreserved ‘yes.’
We know how much of the story of Bilbo Baggins, the Wizard Gandalf, the Dwarves of Erebor, the rise of the Necromancer, and the Battle of Dol Guldur will remain untold if we do not take this chance.  The richness of the story of The Hobbit, as well as some of the related material in the appendices of The Lord of the Rings, allows us to tell the full story of the adventures of Bilbo Baggins and the part he played in the sometimes dangerous, but at all times exciting, history of Middle-earth.
So, without further ado and on behalf of New Line Cinema, Warner Bros. Pictures, Metro-Goldwyn-Mayer, Wingnut Films, and the entire cast and crew of “The Hobbit” films, I’d like to announce that two films will become three.
It has been an unexpected journey indeed, and in the words of Professor Tolkien himself, “a tale that grew in the telling.”

At Comic Con, Jackson hinted that his third Hobbit movie would be more of a bridge to connect the previous two into his Lord of the Rings movies.  The statement above makes it sound more like the new plan is to stretch The Hobbit adaptation itself, which is actually fairly short, to cover the entire film trilogy.  I’m curious to see what form the final product will take… Jackson is obviously no stranger when it comes to bloat, or big-budget fan fic (see his King Kong reboot), so how much of these movies will stay true to Tolkien’s novel compared to PJ’s own additions and extrapolations remains to be seen.

I absolutely love Jackson’s adaptation of the Lord of the Rings series, and everything I have seen so far for The Hobbit looks like he’s handling this tale with the same level of dedication and reverence.  But the director’s tendency for over-indulgence– in contrast to the novel’s concise 300 pagecount– makes me a little wary of the direction this project is taking.